Cologne, Germany, in a weekend

Cologne, Germany, is packed with beer halls, bars and clubs, making it an attractive destination for party-goers. But there is plenty to tickle your cultural side too. The city has an abundance of churches and museums and offers up a mix of Roman, medieval and modern architecture.

The giant gothic structure of Cologne Cathedral dominates the city’s skyline with its twin towers that loom over the city. Inside you’ll find the Shrine of the Three Magi, a tomb that is said to hold one of the Three Kings. Take a walk around the great building before checking it out inside. Make sure you climb up the bell tower and take in the panoramic views across the city.

Cologne boasts a huge number of museums, from sport to art and even an old Gestapo prison. If you have a sweet tooth, head to the Schokoladen Museum. Dedicated entirely to choccies, Schokoladen is pretty sweet as far as museums go, although it’s no Willy Wonka factory. Learn about growing cocoa, watch the chocolate production line in action and eat fresh chocolate from the fountain. 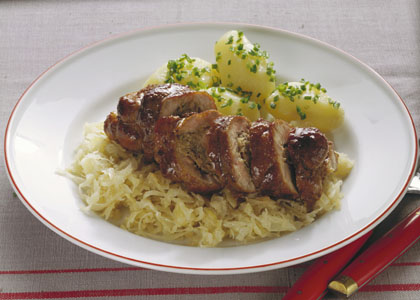 German food is super hearty and after eating it for a few days you’ll certainly feel heavier. Think bratwurst, stuffed pork belly, potatoes, bread and sauerkraut. If you tire from the traditional fare, Cologne is very multi-cultural and you’ll find cuisine from all over the world.

Cologne is home to 20 breweries so there’s plenty of local types to get into, such as Kölsch. Sup on a few steins of bier at one of Cologne’s many beer halls, which are also a great way of meeting the locals as the shared tables make it quite a social event.

BOOK A TOUR OF GERMANY

Cologne is fairly compact and has a great selection of shops, from boutiques to high street stores. If you’re looking for unusual presents, time your visit with the festival season when the city hosts seven fantastic Christmas markets, from November 22 until December 23. The market at Cologne Cathedral is the most impressive while Neumarkt is home to Cologne’s oldest Christmas market.

Join fancy dress-clad revellers at Cologne Carnival, one of Europe’s biggest street parties, which marks Germany’s ‘fifth season’, Karneval, on November 11 at 11.11am. Expect dancing in the streets and partying in the bars and pubs.

WHEN TO GO: Time your visit with Cologne Carnival (November 11) or go during the Christmas markets.
GETTING THERE: Fly direct to Cologne from London with EasyJet, KLM, Lufthansa and German wings.
VISAS: South Africans need a Schengen visa.
CURRENCY: Euro. 1 GBP = 1.21 EUR.
LANGUAGE: German.
GETTING AROUND: Explore the sights on foot.
GOING OUT: A small glass of Kolsch costs about €2.
ACCOMMODATION: Dorm beds from €17, double rooms from €25.
GET MORE INFO AT: cologne-tourism.com

Worried about food: What Brits think about what they eat