The Commonwealth Games is on the brink of being cancelled as organisers are given just 48 hours to sort out venues and facilities before athletes begin to arrive.

New Zealand is the latest country to delay the arrival of its athletes in Delhi for the Commonwealth Games, which begins on 3 October. Canada and Scotland have already held back from sending competitors.

Organisers of India’s Commonwealth Games have come under fire after reports that athlete’s living quarters are flooded, full of human excrement and unfit to live in. In the last week, a pedestrian bridge collapsed and the roof of a weighlifting arena fell in.

There have also been reports of children working alongside their parents and of workers being paid only £3 per day. 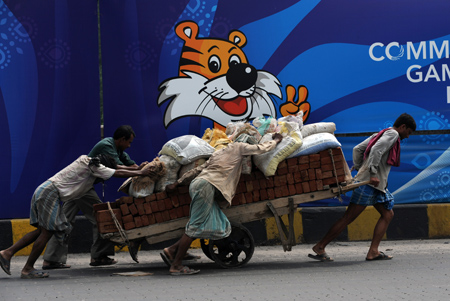 Indian PM Manmohan Singh is meeting ministers involved in the Games today. A spokesman for his office told AFP that the Games would be “the only point of discussion on the agenda”.

However, president of the New Zealand Olympic Committee, Mike Stanley, said the conditions are “tremendously disappointing” and that his country may not send its athletes to the Games until 28 September.

“The long list of outstanding issues has made it clear the village will now not be ready for New Zealand athletes to move in as planned,” he said.

A Russian experience in Pskov