Australia’s Vegemite is falling in the popularity polls, sliding from being Aussie’s fourth favourite brand to their tenth, according to a study of 2000 Australians conducted last month by Brand Asset Consulting.

Vegemite’s fall from favour is thought to be a result of Kraft’s less-than-popular launch of its iSnack 2.0 cheese spread. Yup, that’s really what it’s called. The name was the winning entry in a competition to name the new gastro delight, don’tcha know. 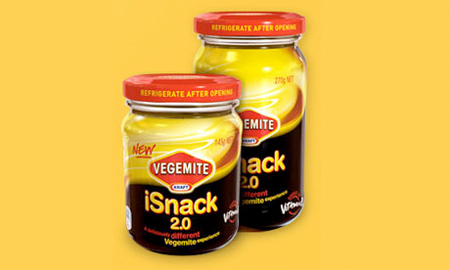 Are you still Team Vegemite or has living in the UK converted you to Marmite?

What is love? Australia’s ‘most Googled’ search words revealed

Aussie woman swallowed by sinkhole as she hangs out washing