Superstar US rapper Kanye West has made a British teenager a web star by following him on Twitter.

West made Stephen Holmes the first – and so far only – person he is following on the social networking site after finally joining last week. Kanye began following Stephen after he commented on one of the images posted by the celebrity rapper.

Holmes tweeted to thank Kanye for following him : “Holy shit bro thx for following!”, to which he replied: “You are the chosen one dun dun dun.” 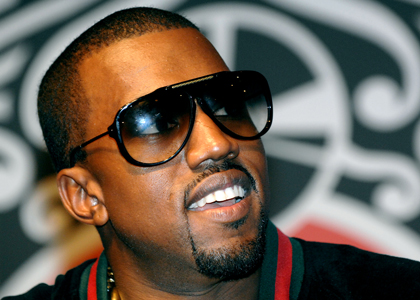 Since the hip hop star’s interest, Holmes’s followers on the site have increased from 60 to about 3,000. He had to resort to deleting the Twitter application from his iphone to avoid being inundated with Kanye fans and media comments . But the pressure seems to be building on the young university student.

“Before this weekend I thought it would be cool to have a celebrity following me on Twitter but now I think it’s really not worth it,” he told the local newspaper, Coventry Telegraph. However, he refused meeting any of the global media saying “I didn’t want to talk to any of them. Fame has never appealed to me. It’s vacuous.”

Kanye West’s latest single ‘Power’, is featured in David Fincher’s new film ‘The Social Network’ based upon the launch of Facebook, a trailer of which was released recently. The story depicts the dramatic impact of losing a best friend while connecting to 500 million over the internet.

Was it the ‘The Social Network’ that inspired West?

London’s West End: The biggest shopping day of the year