In Australia’s first rugby league Test of the post-Darren Lockyer era, he will partner Johnathan Thurston in the halves at Eden Park.

But Cronk says his selection is no guarantee that he has the job for the longer term.

“I’ve been around a long time to know that I don’t have a mortgage on the jersey,” he said on Tuesday.

“Playing well here doesn’t guarantee me a jersey for the rest of my career.

“I need to play well in this game and continue at club level, and then hopefully be playing some good football when these teams get named again.” 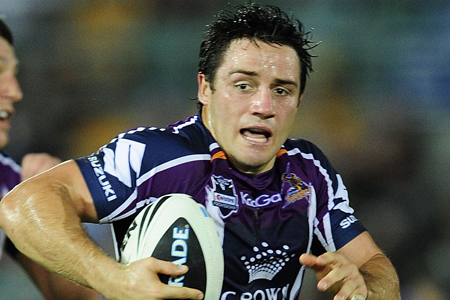 The 28-year-old Cronk has 13 Test appearances to his name, mostly off the bench. He said it was an honour and a privilege to be representing his country, whether as a starter or an interchange player.

“For me, the thing about being named in the starting team is I have greater opportunity to have an impact on the outcome of this game.”

While Cronk and Thurston have played together in the halves at representative level, New Zealand boast a new combination in Shaun Johnson and skipper Benji Marshall and they can expect to attract plenty of opposition attention, especially the uncapped Johnson.

“All halves in every team get targeted in defence,” Cronk said. “It’s not about stopping him playing. It’s about limiting his impact.”