The travellers of Dale Farm, Essex, will have their caravans forcibly removed, a judge ruled today. However, the land looks unlikely to be turned into greenbelt, sparking an outcry from the travellers and their supporters.

After a 10-year battle, Basildon council has been told it can remove 49 of 54 plots along with most of the concrete pitches on the Dale Farm site.

However the eviction is awaiting judicial review and an injunction preventing clearance of the site is expected to remain in force until tomorrow. It will be several days until the removal begins.

In a blow to the council, which had hoped to return the area to greenbelt land, the judge ruled that walls and fences must be left in place. 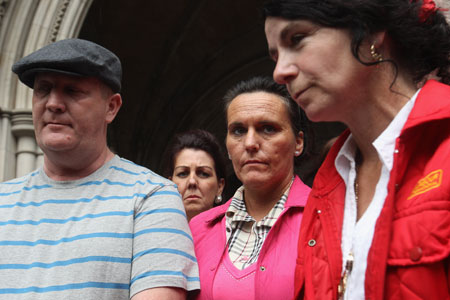 Dale Farm resident Kathleen McCarthy told the Guardian: "This will leave Dale Farm as a patchwork of concrete and fences, not the greenbelt the council are claiming it will be.

“They are separating families and ruining so many lives here, and for what? To turn Dale Farm into a scrapyard again. It's ridiculous.”

Supporters of the Dale Farm travellers built more barricades yesterday and promised to launch ‘operation lockdown’ if bailiffs try to begin the eviction. 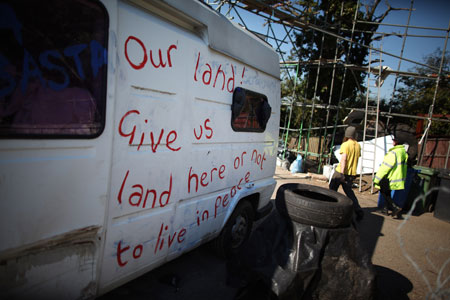 A message on a caravan at Dale Farm

On Twitter, many have spoken out in support of the travellers.

“Part of me thinks Travellers should take Dale Farm issue to ECHR. The other part knows Tories will use it to attack human rights if they do,” wrote one.

“Dale Farm caravans can be removed, rules judge – but not for greenbelt land. So what's the point?” another tweeted. 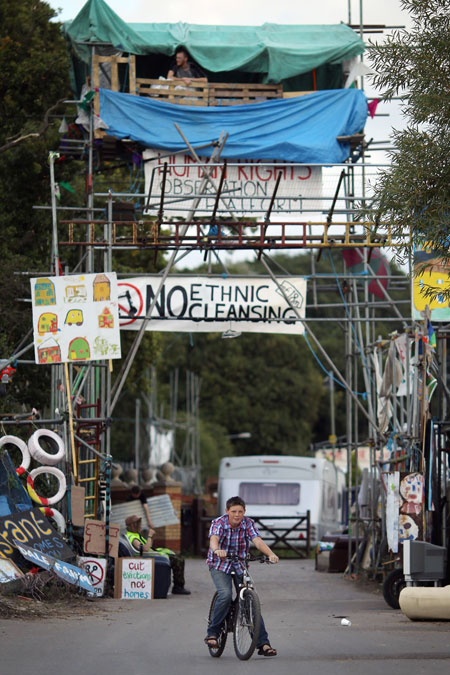 A support group, Dale Farm Solidarity (@letdalefarmlive) said: “Basildon Council's greenbelt argument now null. If eviction goes ahead, they will destroy Dale Farm community to turn it into a scrapyard.”

The initial clearance of the site was due to begin on Monday 19 September, but was stopped at the last minute by an emergency injunction.

Travellers are now waiting to hear the result of three separate judicial reviews into the legality of the eviction.

The eviction is now expected to cost Basildon council £22m.