The damning 55-page document unveils a catalogue of errors at UKBA, including the office failing to meet its targets for in-country visa processing, shoddy customer service and a new backlog of nearly 60,000 cases.

In The Work Of The UK Border Agency (July-September 2012, Q3), it’s revealed: The UKBA’s targets are to process 90 per cent of Tier 1, 2 and 5 and 85 per cent of in-country postal applicants within four weeks.

Investigations also revealed 59,000 in-country immigration applications had not been loaded on to the Agency’s Case Information Database at the end of Q3.

“In-country visa applicants have to surrender their passports – sometimes for up to a year – and the UKBA refuses to speak to applicants until their case has been in the system for at least six months.

“It’s unacceptable that people who want to work and travel in the UK and boost the economy – who have no rights to claim benefits – aren’t able to due to UKBA inefficiency. 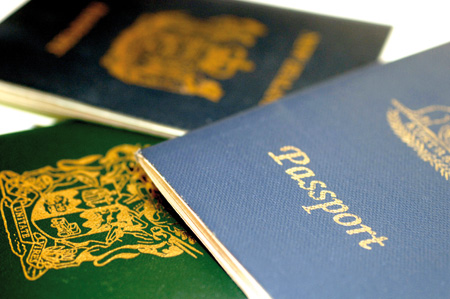 “I have spoken with people who have missed travelling home to see unwell loved ones, missed weddings, had to put jobs on hold and had to cancel expensive holidays due to delays at UKBA and misinformation from its advisers.

“Lives are being put on hold because the UKBA is so incompetent – which is woefully unacceptable.

“The Home Affairs Committee concluded it was “inexcusable that so many people are not having their cases processed on time.” And it highlighted the UKBA’s shoddy approach to customer service – something highlighted in TNT’s campaign – tntmagazine.com/ukba

“People are paying a high cost to obtain their visas, and more for the premium services,” the report found.

“The Agency needs to consider these people more as customers, and fulfill its responsibilities in the timescale it has promised.

”The document also highlighted the terrible service offered to premium service customers, designed to enable Further Leave To Remain applications to be processed within 24 hours.

The report concluded: “This is an unacceptable performance considering the agency is charging main applicants between £661 and £1800 for premium applications.

TNT’s Carol Driver added: “This level of service cannot be tolerated. People pay for applications and the UK is sending out the wrong message by not offering a more efficient customer service.

“This report not only sends out the message that Britain is closed for business, but also that the grand reopening isn’t anytime soon.

Committee Chair Keith Vaz MP said: “Successive UKBA Chief Executives have presided over chaos including 150 boxes of unopened mail, 100,000 unopened letters and yet another effective amnesty for thousands due to calamitous inefficiency.

“For six years the Committee was misled by UKBA Chiefs about the agency’s unacceptable performance. It appears more like the scene of a Whitehall farce then a Government agency operating in the 21st Century.

“No sooner is one backlog closed, than four more are discovered. At this rate it will take 24 years to clear the backlog which still stands at the size of the population of Iceland. We were astonished to discover that MPs and applicants had been writing about cases yet 59,000 applications had not even been loaded onto the Agency’s computers.

“We are worried that given UKBA’s poor record of being transparent with the Committee, the delays we know about could only be the tip of the iceberg.

“UKBA must publish a definitive list of all its backlogs and senior staff should not receive any bonuses until the backlogs are cleared.”

London Eye encourages Londoners to put a ring on it