Desert holidays: five of the best

“Rum’s glory would not let a man waste himself in feverish regrets,” the British officer TE Lawrence once wrote. Snuggle into a sleeping bag upon the crest of a sand dune and ?gaze up at an amazing panoply of stars, then you’ll get an idea of what the man better known as Lawrence ?of Arabia was banging on about. The majesty of the protected Wadi Rum, which covers 720km of dramatic desert wilderness in the south of Jordan, is awesome.

Also referred to as The Valley of The Moon, it is a landscape comprising huge mountains of sandstone and granite which emerge from wide sandy valleys to reach heights of about 1700m, cut deep by narrow canyons and fissures.

If you’re short on time, it is possible to take a day trip to Wadi Rum from Aqaba or Petra by camel or upon the back of an Arabian horse. Otherwise, throw yourself on to the back of a pick-up truck operated by local Bedouin cooperatives. The vehicles are characterful and fun but only have modest levels of comfort, so take some extra padding. And look out for cameras, too, for the desert is known to have hosted a film set or two – namely Lawrence Of Arabia and Red Planet.

Tours will take you: past sites with inscriptions and drawings left behind from the Nabataen civilisation; deep inside Khazali; to huge sand dunes and rock bridges; and Lawrence’s spring at Al Shallaleh above a 2000-year-old Nabatean temple.

But to make the most of the Wadi Rum, you really need to spend a night under the large goathair tents of one of the many Bedouin tribes who still live among the desert mountains. A day and a night in the desert, including lunch, dinner, camping ?and breakfast, costs £112.

Because of its sheer rock formations, Wadi Rum is a playground for rock-climbers. Wadi Rum Tours will supply all equipment and take you where you need to go for £31 a day. If it’s a softer surface you prefer, take a pair of strong legs and tackle the sand dunes. 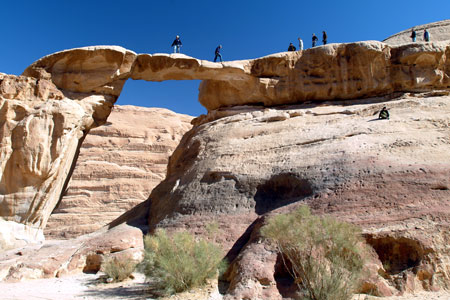 Set off on a 200km journey from Abu Dhabi and you’ll come to the edge of Liwa, a paradise for dune-bashers.

It’s also known as the Empty Quarter and the most dramatic feature is its massive sand dunes, some measuring ?as much as 300 metres high.

Spend a weekend camped out here and you’re bound to catch camel trains trudging along the rolling mounds of soft, multi-coloured sand. Plus, the silence is like nothing else. 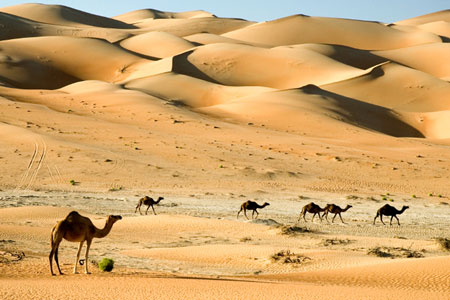 The famously parched landscape ?of the Sahara desert occupies ?a third of the African continent – about the same size as the US – and the conditions are undoubtedly harsh.

It is possible to take lengthy jeep or camel caravan tours into its great depths, past wind-sculpted dunes where Tuareg salt traders have trodden for centuries. Alternatively, you can take a shorter jaunt from Morocco. 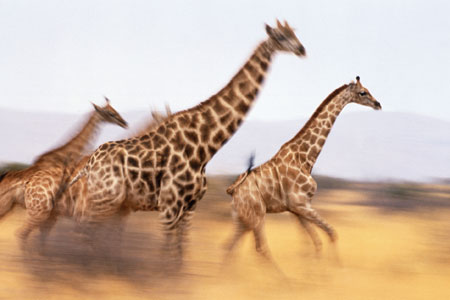 With rock formations imbued with red, white and yellow, this colourful desert in the US’s south-west is probably one of the prettiest there is.

Stretching from the Grand Canyon to the Petrified Forest National Park, this psychedelic desertscape looks like it’s been attacked by a painter who’s been on one too many Red Bulls – hence the name. Take the wilderness trail that goes past glassy petrified tree stumps, set against a backdrop stained in red. And look out for fossils. 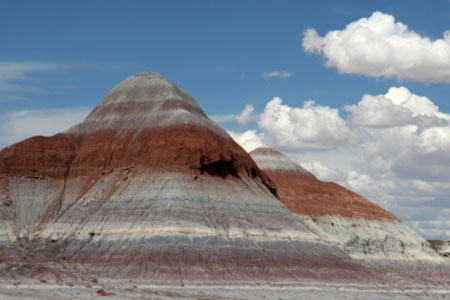 The Atacama desert in southern Peru is a study in how natural beauty can thrive in the most extreme of environments.

Despite having no recorded rainfall, the expanse hosts lagoons, volcanoes, salt flats, geysers, hot springs, rivers and ravines. Team this with remote indigenous villages, plus animals such as flamingoes and camels, and you have one very arresting environment.

Don’t miss the eerily silent landscape of the Valley of the Moon, with its backdrop ?of snow-capped volcanoes. 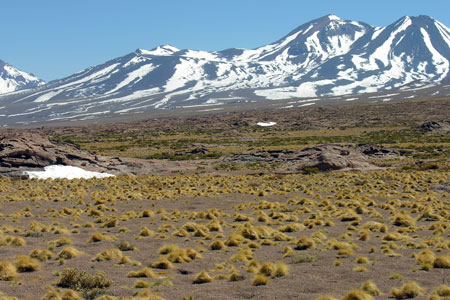