Even if you’ve never visited this far-flung country, you might just recognise some of New Zealand’s soaring mountain ranges, vast glaciers and raging rivers – it’s a landscape, after all, that since 2001 has been the leading star of Peter Jackson’s The Lord Of The Rings and The Hobbit movies.

Indeed, one of the first things you’ll notice about the Land of the Long White Cloud, as New Zealand’s Maori name Aotearoa translates, is that not many special effects were needed to make Middle Earth look that good, beyond Photoshopping out the 30 million sheep of course. Whether you’re gawping at bubbling hot geysers, edging away from live volcanoes or kayaking across spectacular fiords, few countries so ably demonstrate the raw power of nature. Put simply, New Zealand is one of the most beautiful places on the planet.

And yet, there’s much more to Kiwi country, the size of Britain but with only four million people, than just admiring the view (and dodging those sheep). There are sophisticated cities such as Auckland, Christchurch and the capital Wellington, there’s a thriving Maori culture full of legends, plus a wine scene that will have you forever heading straight for the New Zealand section of the off-licence.

A highly developed tourism industry means getting around and finding accommodation is rarely a problem, but to see New Zealand at its best, hire a campervan. If you’re staying in hostels, sign up for a loyalty card with one of the hostel groups (e.g. BBH, Nomads, Base and YHA) to save cash. 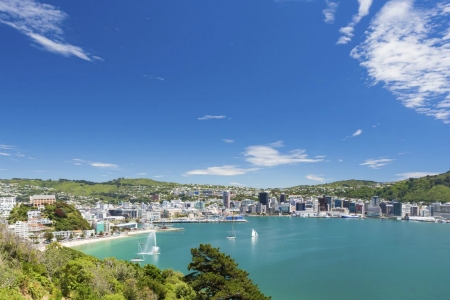 New Zealand’s windy capital and a hipster heaven, Wellington is regularly ranked one of the world’s most livable cities, a place of just 400,000 people where the nation’s leaders live side-by-side with a cutting edge arts scene.

Stroll around the stunning Wellington Harbour before hitting the brilliant (and free) Te Papa, the national museum. Next jump on the iconic cable car to Wellington Botanic Gardens for unparalleled views of the city. Squeeze in a visit to Miramar, aka Wellywood, for the Weta Workshop, a free mini-museum celebrating New Zealand’s substantial contribution to the movie industry.

Wellington is all about exploring the lanes, Melbourne-style. Head for Cuba Street and see where your stomach leads you. Start with local favourites Motel and Havana.

Base Wellington is a quick stumble home with beds from £12. For more luxury, the gorgeous Museum Art Hotel has rooms from £106. 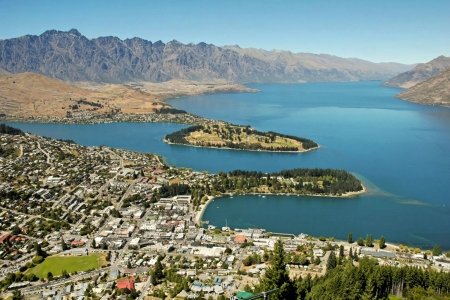 Not only is this small town, with its spectacular mountain backdrop, the bona fide birthplace of commercial bungy jumping, it’s also a top spot for skiing, skydiving, whitewater rafting, jet boating, canyoning and Lord Of The Rings tours.

Queenstown knows how to party. You’ll pass dozens of options within a few minutes’ stroll of Lake Wakatipu, but look out for The Boiler Room and Skybar. Get your post-pub grub at Kiwi institution Fergburger.

Backpacker favourite Nomads Queenstown has beds from £14. Rooms at the shore-side Rydges Lakeland Resort cost from £75.

With a population of almost 1.5 million, Auckland is home to around a third of all Kiwis – it’s the nearest the country gets to a bustling metropolis. Auckland is also the gateway to the country’s ‘winterless’ north, with the beautiful Bay of Islands, the supreme diving off the Poor Knights Islands, and the town of Waitangi, centre of the celebrations on New Zealand’s national day, Waitangi Day, on February 6.

Get your culture fix at Auckland Museum, then your thrills by jumping off the Sky Tower and Auckland Harbour Bridge. Head north for sailing, dolphin swimming, beach lounging and sand boarding.

Auckland’s Viaduct and Princes Wharf are great for slightly upmarket summer drinking, but head to studenty Posonby or the once-seedy Karangahape Road – the ‘K Road’ – for big nights out. 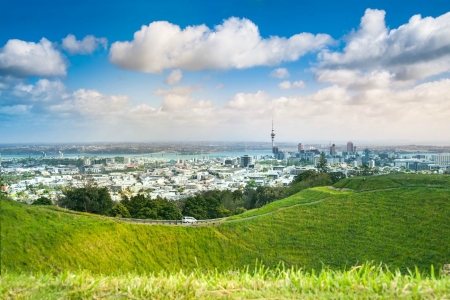 Book an inner-city bed for £13 at The Attic Backpackers or grab a room at Mt Eden’s Bavaria Bed and Breakfast Hotel from £48.

Severely rocked by earthquakes between 2010 and 2012, leaving much of the centre heavily damaged, the South Island’s biggest city has bounced back in a big way.

Get a taste of the English heritage by punting along the Avon River, then head for the dramatic hiking and skiing of the Mt Cook region, as well as the thermal pools at Hanmer Springs, then the whale watching and dolphin swimming off Kaikoura.

The two-year closure of the centre didn’t mean the death of Christchurch. Instead, neighbouring suburbs quickly rose to the challenge. Best for action is the South of Moorhouse – or SoMo – area, comprising Addington and Sydneham. Get in the recovery spirit with drinks at shipping container bars such as Revival or Cargo.

Lay your head in what was once Addington Prison, at Jailhouse, from £16 a bed. For old world elegance, try Governors Bay Hotel, from £56 per room. Book ahead, as post-quake Christchurch still has an accommodation shortage. 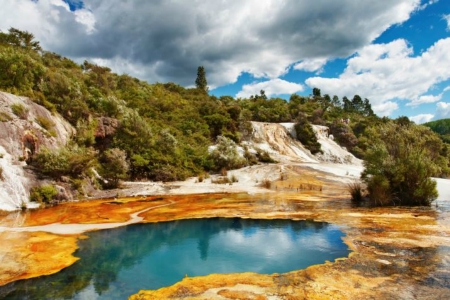 Witness a haka and eat a hangi dinner at Rotorua’s Tamaki Maori Village. Then marvel at the region’s geothermal activity – including blasting geysers and bubbling mud pools – at the Wai-I-Tapu Thermal Wonderland. Then test your adrenal glands with a visit to the home of Zorbing, followed by more thrills at the Agroventures Adventure Park. There are equally extreme thrills to be had in Taupo, after checking out Huka Falls, including skydiving  and bungy jumping.

Admittedly not the country’s most happening when it comes to nightlife, this region does have some great microbrewery-pubs, such as Brew and the Pig and Whistle, both in Rotorua.

Lively Blarneys Rock Backpackers, in Rotorua, has beds from £11, while rooms at Taupo’s The Cove cost from £58.