Her Majesty the Queen celebrates her Diamond Jubilee this summer, after taking the throne on 6 February 1952.

Though most Diamond Jubillee celebrations centre around the extended bank holiday weekend of June 2-5, there are events happening all over London this spring.

The Queen will attend Commonwealth Observance Day along with the Prime Minister, High Commissioners and more than 1,000 UK schoolchildren. The largest multi-faith celebration in the UK will mark the Queen’s 60 years as Head of the Commonwealth. This year’s theme is ‘Connecting Cultures,’ and will feature dance, world music and speakers.
thercs.org/society/commonwealthday

More than 500 horses and 800 international performers, including dancers, military personnel and musicians, will put on shows in seven different acts reflecting the Queen’s visits across the globe during the course of her reign.
diamond-jubilee-pageant.com

One thousand boats, dressed in festive streamers and Union Jacks, will take to the River Thames in a spectacle of music, daytime fireworks and clanging bells in honour of the Queen’s Diamond Jubilee.
thamesdiamondjubileepageant.org

The holiday weekend’s celebrations conclude with the Service of Thanksgiving at St Paul’s Cathedral, with a special prayer to honour the Diamond Jubilee. The traditional service will be followed by a formal carriage procession, with details of the route to be announced closer to the date.

London will also host several special exhibitions leading up to the Queen’s Jubilee. 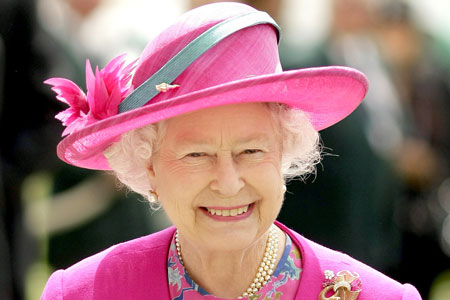 The Royal Collection will hold several exhibitions tied to the Queen’s Diamond Jubilee at various venues, including:

The museum will open Royal River: Power, Pageantry and the Thames’ in April 2012. The exhibition explores the Queen’s ties to the City of London and the River Thames and runs April 27-September 9.
rmg.co.uk

The Gallery will stage ‘The Queen: Art and Image,’ a touring exhibition of images of the Queen from May 17-October 21.
npg.org.uk

The Victoria and Albert Museum

‘Queen Elizabeth II by Cecil Beaton’ runs February 8-April 22 at the V&A, and shares royal photographer Cecil Beaton’s portraits of The Queen as a young princess, at her coronation and, more intimately, as a mother.
vam.ac.uk/content/exhibitions/cecilbeaton