While Djokovic has already wrapped up the Australian Open and Miami titles so far in 2012, Nadal has had limited recent claycourt practice due to another knee problem.

He has not won a trophy of any kind since his sixth Roland Garros title more than 10 months ago.

The Spaniard, 39-1 in Monte Carlo with 37 consecutive victories at the venue, is bidding for a history-making eighth straight title at the club. But Djokovic hopes to stop that miracle run.

“It feels good to be back, and to be back on clay,” Djokovic said. “I haven’t played it since Roland Garros last year. 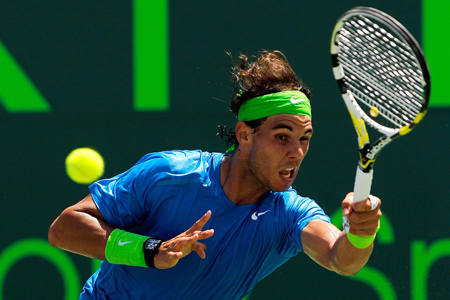 Djokovic has no complaints about this intense period, with three Masters 1000 events in five weeks leading into the French Open – the only grand slam title missing from his collection.

“We know how to play them back-to-back (Madrid and Rome next month). It’s a familiar situation,” he said.

“I know how to recover and be ready. I’ve been working hard and I’m prepared on clay. This is a surface that requires more physically, you need to be at a high level.

“Last year, I won Madrid and Rome and beat Nadal in the finals. That has to give me confidence for the clay season.” 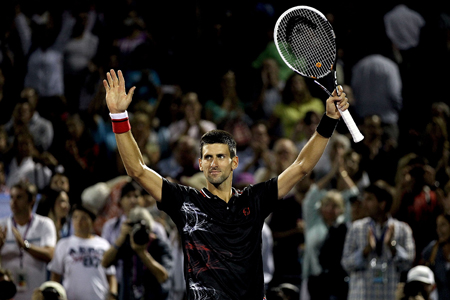 Djokovic added that he is thankful for the extra week that has been somehow built into this busy London Olympic year schedule, which gave him time to prepare properly for the Monte Carlo Masters.

“I’m glad we had the time between Miami (where he won the title, beating Andy Murray in the final) and Monte Carlo this season,” said Djokovic, who a year ago had to skip Monte Carlo simply to rest.

“It allowed me to get in some rest and 10 days of preparation. I live here so I train a lot at the club, I know the conditions.

“I’m confident that I’ll be fit and ready. I’m looking forward to playing. Every season is different – that’s how I’m approaching this clay season.”