Gold medal winner and MBE Richardson was in training for this year’s London Paralympic Games when farmer Edward Howell Adams, 60, ploughed into his bicycle with his car in Bridgend, South Wales.

The accident critically injured Richardson and put him out of the Paralympics. Adams has been jailed for 18 months by Cardiff Crown Court, as well as a driving ban lasting 5 years.

“I have some significant health issues to still overcome following the collision, including further back surgery and long term recovery where my complete effort must be…It’s also been difficult to miss out on taking part in the London Paralympics.” said Richardson in a statement.

However, the cyclist, who won two gold medals and a silver at the 2008 Beijing Paralympic Games, vowed to fight back, saying “I fully intend to battle my way back to elite competitive sport when I am fully recuperated.” 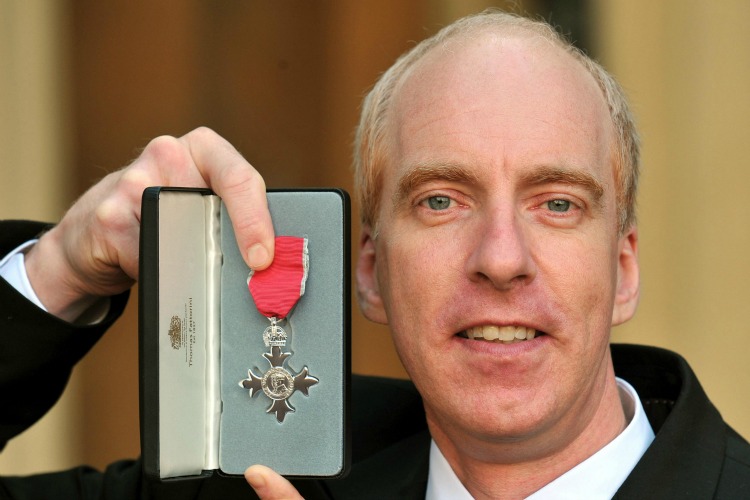 Simon Richardson with his MBE in 2009 (Getty images)

Adams, an alcoholic, had been drinking whisky the night before the accident and was still under the influence at 6am the next day when the crash occurred. He had originally blamed the collision on “sneezing and sunlight” – a defence which was blasted by Judge Daniel Williams as “wholly untrue”.

Adams also hastily left the scene and attempted to hide his damaged Peugeot van from police at his farm. Judge Williams said “Your reaction to the accident and its aftermath could not be in greater contrast with the man that you had left injured. You took the opportunity to leave the scene – knowing you had caused the accident.”

Richardson said in his statement that he intended to change the way drivers were charged with similar offences against cyclists in future. “My objective throughout the case was to ensure that other cyclists, who may be severely injured in collisions in the future, have a legal precedent upon which to base prosecutions against dangerous drivers.”

Welshman Richardson was seriously injured in a car accident in 2001 when he received leg and back injuries which resulted in no feeling down the left hand side of his body. He went on to compete using a specially adapted bicycle.