Dubrovnik in Croatia is dubbed the ‘jewel of the Adriatic’ for its old town (or Stari Grad) set within city walls, which was built from the 13th century onwards.

A Unesco World Heritage listed site, it is made up of cobblestone streets, forts and museums. Despite being bombed heavily by Yugoslav forces in 1991, the city has been well preserved and is Croatia’s prime tourist destination.

Dubrovnik is a large city that’s home to about 50,000 people, but it’s the old town that’s the real attraction. It consists of 824 buildings with red-bricked roofs, narrow alleyways and a smattering of churches, all encased by high city walls. A walk along the walls is a must-do. It takes two hours and offers unrivalled views over the Adriatic Sea and old town.

With temperatures hitting around 30°C during the summer months, taking a dip in some of Dubrovnik’s crystal clear waters is the perfect way to cool down. Beaches are generally pebbly, although there are some concrete areas that allow swimmers to dive straight in. Banje beach outside the city’s eastern gate has a great view of the old town. If you tire of lying around, hire a peddle boat or a jet ski. 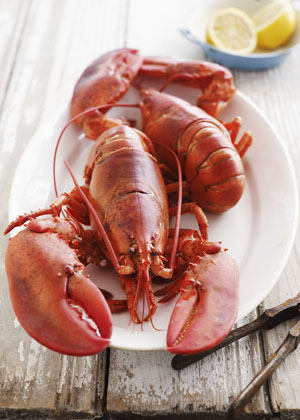 If you’ve travelled from elsewhere in Eastern Europe – where meals are often heavy and stodgy – the food will come as something of a surprise. Dubrovnik’s cuisine has a noticeable Italian influence: risotto and pizza are local favourites, while olive oil and garlic feature heavily.

Thanks to its location, the seafood is also unbeatable; the crystal-clear water along the coast makes it easy to see why.

Croats love their ice cream and Dubrovnik isn’t short of ice-creameries. Heavier than the Italians’ gelati, there are plenty of flavours to try.

If you like beer then get used to saying “pivo”. Try Croatian beers Zlatorog or Ožujsko, which aren’t too bitter and are usually served on tap. Enjoy a drink at Buža II, a bar hewn out of the cliffs (the name means ‘hole’), with the city wall rising above and amazing views over the sea below. The original Buža is further east and almost as spectacular – the perfect spot for sunbathing on the rocks.

There are also several good bars on the square at the back of the Cathedral of the Assumption of the Virgin. People in Croatia love their café culture too, so you’ll feel right at home if coffee is your thing.

WHEN TO GO: Winter months can be very chilly. Summer is best but it gets busy.
GETTING THERE: Fly direct from Gatwick with EasyJet (easyjet.com) and British Airways (ba.com).
VISAS: South Africans need a visa. See uk.mfa.hr for details.
CURRENCY: Croatian kuna. 1 GBP = 8.62 HRK.
LANGUAGE: Croatian.
GETTING AROUND: The old town is accessible on foot. Buses connect the rest of the city.
GOING OUT: A beer costs around 40-50 kuna.
ACCOMMODATION: A basic double room in Dubrovnik starts at 100 kuna per person per night.

Top Tips On How To Budget For Your Pension