London’s history is rich in incredible stories about those who are no longer with us. Some are legendary or scary, others are sad and moving, but all are worth hearing. Here’s our pick.

Saints and Sinners of Southwark

Who better to tell ghost stories than an actual ghost? Or at least a white faced, blood-splattered pretender. This walk through Southwark is hosted by Soloman Slaughter, who talks like he’s been dead for 700 years.

Slaughter’s tour revels in the gruesome. We pick up the story behind the reconstructed Shakespeare’s Globe (SE1 9DT). Back in the day, he tells us, actors used lead-based make-up. Thunsuspecting thespians would be poisoned by the paint, which in some cases caused the flesh to fall off their faces.

Slaughter exposes the darker history of the Southbank as we tread the paths of bishops and criminals from centuries past. We also visit the nearby Cross Bones Graveyard, an unconsecrated burial ground for “single ladies” – a euphemism for prostitutes. It’s an evocatively eerie place. Excavations on the site unearthed a hugely overcrowded graveyard with bodies piled on top of one another, and tests suggested those buried had suffered from ailments including smallpox and tuberculosis.

Highgate, one of London’s most moving sites, is also a working cemetery that shuts its gates to visitors during funerals.

The cemetery is divided into East and West, with the former open to the public from 10am on weekdays and 11am on weekends. Visitors can wander among the graves of its famous internees, who include philosopher Karl Marx, novelist George Eliot and author Douglas Adams.

Across the road, entering the 1839 West Cemetery (accessible by pre-arranged guided tour only) is like stepping back in time as you discover dramatic stone tombs, ivy-covered graves and towering Victorian angels.

One of London’s most iconic tourist attractions, the Tower of London is packed full of atmospheric tales of monarchs past. Built by William the Conqueror, the Tower is the guardian of almost 1000 years of history and was once a place of execution.

Both Anne Boleyn in 1536 and Catherine Howard in 1542 met their end at the Tower of London and today, some attribute strange happenings to Boleyn’s ghost. 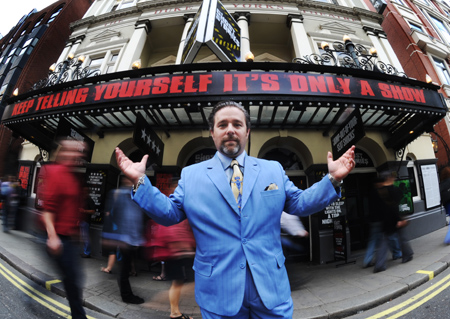 Ghost Stories in the West End

If you love theatre and like being scared, then Ghost Stories
at London’s Duke of York Theatre is for you. So scary an age
restriction (15) had to be put on it, the show promises to leave “even
the most hardened of viewers gasping for breath and reaching for their
coats to hide behind.” 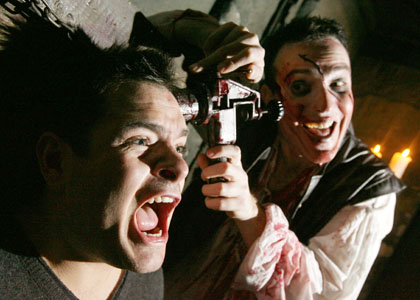 Somewhere between a haunted house and an eerie amusement park sits the London Dungeon, which features live actors and demented carnival rides to illustrate some of London’s scarier stories.

While you probably won’t come out with lots of historical facts, the London Dungeon is a fun way to spend a few hours. Don’t miss the The Drop of Doom – a vertical ride into darkness – or the Boat Ride to Hell …

Interactive map of bomb sites from The Blitz of London unveiled