Tenby, Pembrokshire
Tenby is ‘probably’ the most iconic seaside town in Wales for quaintness and charm and, although it looks like it dwells on the coast of Bali, it doesn’t! Boasting three great beaches; North, South and Castle, each with its own character – but if you fancy a little culture head to Tenby Museum or the National Trust owned Tudor Merchant’s House. For something a little different you could try evening ghost walks.

Gower Peninsula, Cefn Sidan, Carmarthenshire
Just a short drive from Swansea, and taking on the guise of the Great Salt Lake in Utah, the Gower Peninsula was designated as the UK’s first Area of Outstanding Natural Beauty back in 1956. It has a rich and varied environment of wild moors and limestone cliffs to huge golden, sandy beaches. But, stay on dry land, and you will be missing out! The beach enjoys some of the most impressive waves in Britain, and sandy Llangennith has been popular amongst surfers for decades.

Three Cliffs Bay, Gower Peninsula
Yes, this in Wales – not Thailand! Three Cliffs Bay beach offers a spectacular shoreline of sand dunes, salt marshes and of course, the signature three limestone cliffs. This photogenic part of the Gower Coast Path is a perfect place to stop for a picnic too and for accommodation close to this area of outstanding natural beauty, look towards Swansea – where you can get your fill of nightlife too.

Portmeirion Village, North Wales
Once you’ve had your fill of sandy beaches and gorgeous coastlines you might fancy exploring some of the quaint villages that line the shoreline of North Wales. Portmeirion is located in Gwynedd and was designed and built by Sir Clough William-Ellis between 1925 and 1975 in the style of an Italian village. It’s served as the location for numerous films and TV shows and was ‘The Village’ in the 1960s TV show The Prisoner. Check in at the hotel just outside of Portmeirion in Caernafon to make a long weekend of it. 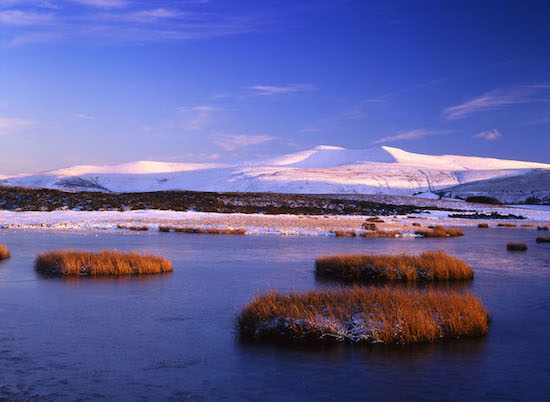 Brecon Beacons
Masquerading as somewhere in the wilds of Iceland, the Brecon Beacons National Park offers a spectacular landscape rich in natural beauty. Practically free from light and noise pollution, it is the perfect break from modern life. To get the most stunning views of the area, trek to the highest point in South Britain – Pen-y-Fan and stand and stare in awe.

Barafundle Bay, Pembrokshire Coast National Park
Barafundle Bay, close to the village of Stackpole is a beautiful area that nestles between cliffs and could be mistaken for a secluded bay on a Greek island. The beach used to be owned by the Cawdor family of Stackpole Court and was their private beach. Now, it’s open to everyone and previously made the list as one of the top 12 beaches in the world. The Good Holiday Guide also named it ‘best beach in Britain’.

Snowdonia National Park
Easily passable for New Zealand, Snowdonia is a region in northwest Wales concentrated around the mountains and glaciers of the expansive Snowdonia National Park. The park’s historic Snowdon Mountain Railway climbs to the summit of Wales’s highest mountain, Mount Snowdon, offering views across the sea to Ireland. The park is also home to an extensive network of trails, over 100 lakes and craggy peaks like Cedar Idris and Tryfan.

Langland Bay, Gower Peninsular
It might look like the Gold Coast of Australia where waves crash and surfers ride but this is actually Langland Bay on the Gower Peninsular in Wales. Due to the sheltered nature of the bay and an off shore reef which gives different levels of swell to suit all abilities this is surfers paradise Welsh style! However, if surfing is not your thing – simply crack open a deck chair and chill on the sandy shore whilst you watch the guys and girls do their stuff.

Grenade explodes during football match between Iran and Saudi Arabia