His younger brother Taylor and dad Jim carried his shirt to the centre circle before West Ham’s clash with Crystal Palace.

There was a moving minute’s applause and the Hammers wore black armbands.

Tombides had fought testicular cancer for three years and joined West Ham when he was 15.

“[Dylan] remained a regular visitor to Chadwell Heath throughout his treatment and his positive attitude and professional approach to his football and training always impressed and boosted his team-mates and coaches alike,” a statement issued by the Premier League club on Friday said. “Dylan’s amazing resilience and positivity saw him through months of surgery and chemotherapy, while his outstanding talent saw him make his first-team debut in a League Cup tie with Wigan Athletic at the Boleyn Ground in September 2012.” 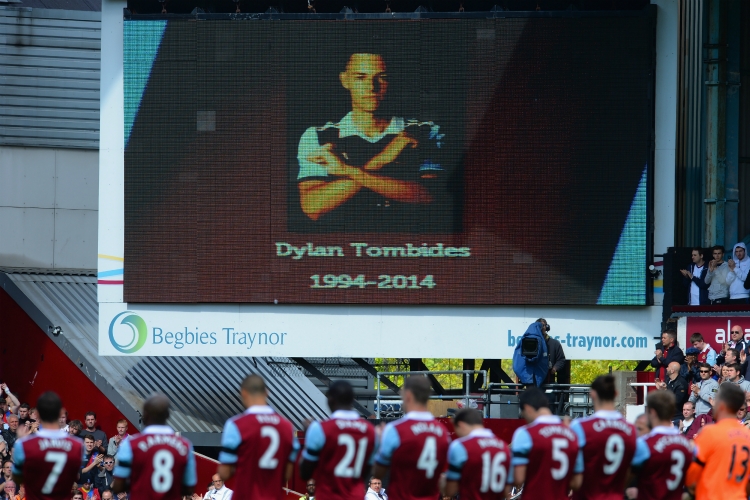