The duo helped talk a man out of jumping from a bridge and stayed with him for about an hour until police arrived, London’s Daily Telegraph reports.

The paper claims the dropped keeper and the all-rounder encountered the man on Pyrmont Bridge in Darling Harbour and led him from the edge.

“We just did what anybody would do in that situation,” Prior told the Telegraph. “We were trying to help a bloke who was struggling and in a bad way. I look back and I’m just glad we left the bar when we did and we were there for him.”

The British man had thrown his wallet, passport and mobile phone into the water below and was thought to have been planning to jump when the incident occured on Tuesday night.

Prior and Broad, part of the England team beaten 5-0 in the Ashes series Down Under, were at an event organised by the Barmy Army raising money for the Broad Appeal, a Motor Neurone Disease charity in Stuart’s name.

Prior has since travelled back to the UK while Broad will appear in the five one-day matches and will captain England’s Twenty20 side against Australia. 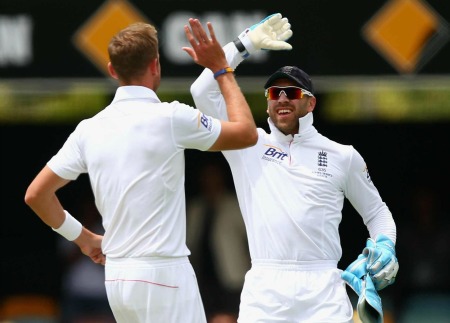 A homecoming to remember: The Presets at the Enmore Theatre

Mike Tyson Mysteries is sure to be a knockout