Steve McNamara’s England dominated the opening moments to race to a 10-0 lead, but Tim Sheens’ Australia made them pay for some simple mistakes to lead 18-10 at half-time.

It was much the same in the second half, with England unable to cut out the small mistakes the star-studded Australians were able to turn into points and eventually run out 28-20 winners.

England showed their confidence after seven minutes when they turned down a chance to open the scoring with two points. They kicked for touch and scored the opening try of the World Cup through a set piece that put Ryan Hall into the corner.

Kevin Sinfield turned down another shot at goal and almost scored from the resulting set of six, with George Burgess just losing the ball having dragged a pile of Aussie defenders over the line.

More was coming for England though, as they made it 10-0 after 20 minutes when Leroy Cudjoe took an outstanding high take after a reverse kick from Sinfield, who landed the conversion. 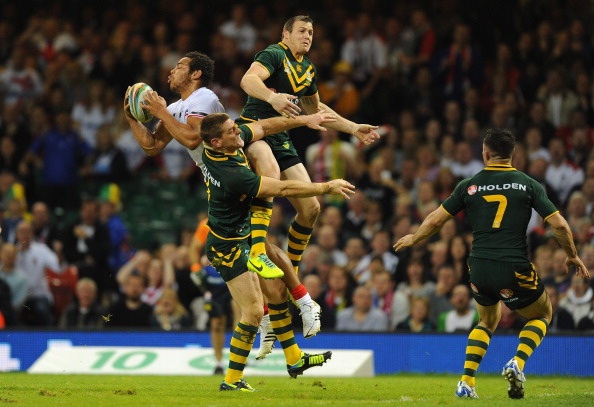 Despite England’s dominance, Australia eventually showed their quality through a slice of Greg Inglis genius – taking a high ball in his trademark manner handing Johnathan Thurston surely the easiest try of his international career.

A simple cut-out ball from Thurston to Greg Bird close to the line on 37 minutes put the Australians in the lead 12-10.

Then came a kick in the guts England didn’t need when Billy Slater took the ball at first receiver from a scrum inside the Australian half and showed a clean pair of heels to put England eight points adrift at the break.

Australia started the second period as they ended the first, with a 40-20 from Cameron Smith and Josh Morris going over in the corner from the resulting scrum.

Debutant George Burgess wasn’t to be denied the second time over the line, bursting through from close, to get England within a converted try at 22-16. 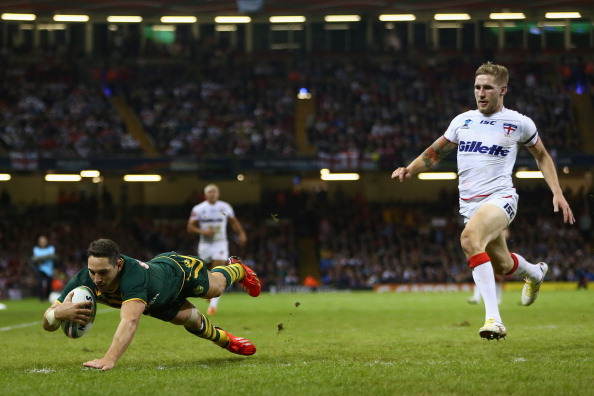 Discipline let England down after they were marched 10m after conceding a penalty and Thurston potted over from in front to make England have to score twice.

Australia took complete control when Darius Boyd scored his 10th Test as quick hands from Thurston and Slate put him in the corner.Thurston missed the conversion but that made it 28-16.

England gave themselves every chance to get back into the match when a Slater-Bird howler handed Charnley a gift. Sinfield missed the kick though, meaning they still needed the score twice to snatch the victory in just three minutes.

England may have lost the match, but they showed come finals time they will be a force to be reckoned with.

Even at this early stage it looks like they’ll be confined to to a semi-final meeting with New Zealand, the title holders.

Live in London’s Notting Hill Gate, W11 and chill out in style

Woman decapitated in Mexico for posts on social networking site

Please don’t panic, but the end of the world is predicted for tomorrow