They turned up in the Emirates expecting to face a typically dishevelled Pakistan but were instead bamboozled by spin and left humbled by a 3-0 whitewash. A tour to Sri Lanka followed – they eked out a 1-1 draw but it was an underwhelming performance from the world’s top Test side.

This week, though, England begin their summer season in more familiar surroundings – at Lord’s – against a touring West Indies outfit and former fast bowler and Sky Sports pundit Bob Willis is suitably bullish about the hosts’ chances.

“I’m very confident indeed against the West Indies. England had a difficult winter against spin over in the Emirates and in Sri Lanka,” Willis says. “But on their home patch, against guys who probably aren’t used to the ball swinging and seaming around, I expect it to be 3-0.”

Ian Botham, one of Willis’s fellow pundits, has been quick to shrug off the results against Pakistan and Sri Lanka. Although Willis does not expect those series to have any lingering effects this summer, he does acknowledge the questions regarding England’s inability to perform on the sub-continent and the implications for how highly this current outfit should be rated.

“Later this year, England return to play India and that will be a real test for those guys and of what that experience against Pakistan and Sri Lanka did to their confidence,” he says. “That’s the real yardstick for teams – to be able to go to India and win there. The Australians did it in 2004 but I think that until England or South Africa manage to do that, they can’t be considered in the class of that Australian side.”

Those are questions for later this year, though. In the short-term, the English side remains settled, although Willis would prefer to see the attack bolstered by a fifth bowler.

“My preference is for five bowlers – which means you’d have Prior at six and Bresnan at seven, followed by Broad, Swann, Anderson and Finn,” he says.

“But England won’t do that. Their tried and tested formula is to go in with four bowlers. Given that, I’d have thought Bopara will get the nod ahead of Patel for the first Test. He’s been around the team for a long time and I think England need to find out about him – to either give him an opportunity and stick with him or find someone else.”

Barring injury, the rest of England’s line-up picks itself but in recent months, the nagging doubts over Andrew Strauss’s lack of runs have surely deepened. Since the start of 2010, Strauss has scored 1237 runs at a decidedly modest average of a tick over 30. Conventional wisdom suggests Strauss’s spot is not in any immediate danger, but Willis acknowledges the concern over the skipper’s lean trot. 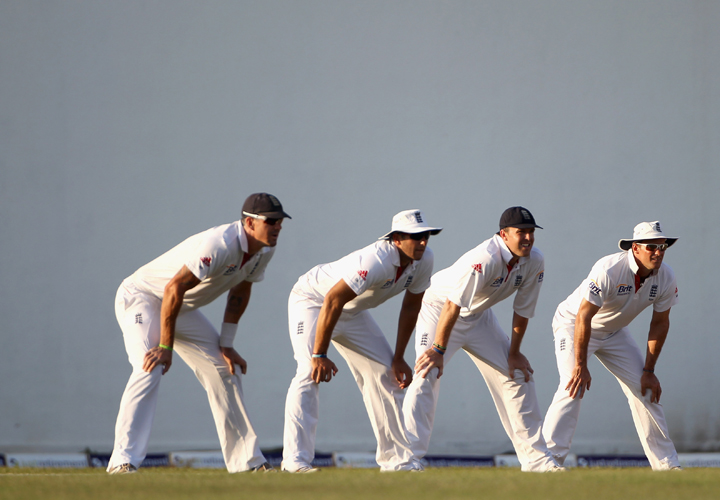 “Strauss made the mistake of retiring from ODI cricket after the last World Cup. He was batting well but said he wanted to concentrate on test cricket. And ever since, his form has been poor,” Willis says.

“There are concerns but they won’t drop him – the hallmark of this England regime is consistency in selection and we’ve seen other players have a lean spell but keep getting picked. Strauss is a very well-respected captain but if he goes through the whole summer without making runs, it becomes harder for him to lead the team to India.”

Before England head to India – but after they presumably dispatch the West Indies – there’s the small matter of the four-match series against South Africa, a contest that will determine which side is entitled to be regarded as the world’s best. The two sides have traditionally fought close battles. Dating back to the start of 1998, the ledger is square between the two nations: nine Test wins each, two series wins each, two series drawn.

“The series against South Africa is basically a world champion decider,” Willis says.

Willis, like most, expects an epic series, one likely to be determined by how the Proteas’ top order adapt to the notoriously fickle English conditions.

“It will be a severe challenge,” Willis says. “And I think a lot will depend on whether the likes of Hashim Amla and AB de Villiers make runs and can handle that English seam attack. Graeme Smith has always done well over here and Jacques Kallis is very reliable but I’m not sure, the rest of the top order might find it more difficult. But I’m expecting a very tight series, probably decided by one result either way.”

So, with an English summer of cricket stretching out before him, Willis happily nominates the key men – those who hold their teams’ prospects in their palms.

“James Anderson is the leader of the English attack and if he performs as well as he has recently, England will be hard to beat,” he says. “From the other teams, it’s Chanderpaul for the West Indies and Jacques Kallis for South Africa. Those are the pivotal players, the ones who can get their teams out of a hole like proper five-day Test match players.”

Social sport leagues in London: From hockey and beach volleyball to urban golf and hula hooping

A day at the races: Looking forward to Cheltenham