Essential gigs in London this week

The New Zealand dub/roots/reggae eightpiece, who once counted Brett MacKenzie among their number before he went off to work firstly on the Conchords and then for a bunch of Muppets, headline the Ballroom in support of their forthcoming fifth album, Dust and Dirt, due out today.

The former Supergrass frontman’s first foray as a solo star is encouraging. Debut album Gaz Coombes Presents… Here Come The Bombs is out in May, boasting some smart instrumentation and nuanced songwriting alongside the rockier numbers. He takes it to the live scene at this Club NME show, and at the Barfly next week.

Cheese is never going to be cool, everyone knows that, but it is always going to be pop-tastic fun – a guilty pleasure-fest that is impossible not to enjoy. Fromage-ers Fat Tonie and Slow Alfie (above) have used this to their credit at this weekly collection of the finest ‘dairy products’ you’re likely to shake your ass to. 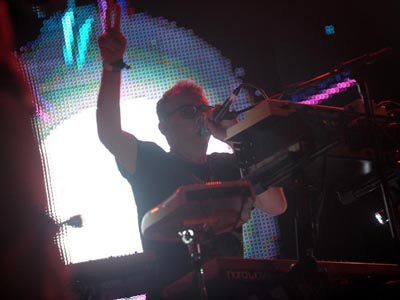 Leftfield haven’t released anything new this side of 2000 – there have been remix collections, greatest hits compilations and last month’s live album, Tourism – but they are still a force to be reckoned with in the flesh. They’re back in Brixton, home to some of their most infamous gigs, for this charity show, and they’ve got a host of special guest friends along for the ride.

Booka Shade, aka German house DJs Walter Merziger and Arno Kammermeier, are on hand with a live show, along with Laurent Garnier, James Zabiela, Jess Jills, M.A.N.D.Y., Tempo Tantrum and Jemmy with Deerstalker providing the visual accompaniments and backdrop. The real treat, though, is the headline act themselves.

Despite not releasing any new material since 1999’s Rhythm and Stealth – which was only their second album – Neil Barnes (now minus Paul Daley, who has broken off to pursue a solo musical career) has continued to tour somewhat sporadically throughout the Noughties and Tweenies, playing headline shows and festival appearances.

Leftfields’s aural assault has won them legions of fans, and more than their fair share of opponents, who have attacked the band for their damagingly loud shows. One show at this venue caused plaster to break off from the roof, purely due to the wattage emanating from the speakers. So if you’re worried about tinnitus, pack some plugs, but don’t miss out on Open Up and Phat Planet!

They were once the ultra-cool indie rock band with that ace song Bohemian Like You that had the coolest video. But after hearing that song for the 10millionth time, the joke wore thin and people lost interest. The Dandys are still going, though, and are here to tour forthcoming new album, This Machine. 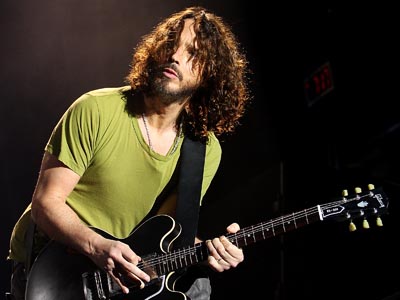 I’ll be your mirror

Mogwai curate this Nineties-celebrating event, with the Scottish noisesmith’s headlining on Saturday, thrash metal titans Slayer (below) playing their Reign In Blood album on Friday, and Afghan Whigs leading Sunday. Throw in top support acts – 90s revivalists Yuck, the Melvins, grunge stalwarts Mudhoney – and you’ve an inner city rock-fest worth getting excited about.

Beach huts on an English beach just before the rain

Flight of the Conchords extra show at Wembley, London, UK