European break: Lisbon to your heart

While it’s tempting to see Lisbon from the window of an old cable car straining its way up the hills (and you should at least once), you’ll be rewarded if you explore on foot.

Walk the maze of streets through the Portuguese capital and appreciate the small details that make this city so wonderful – flower-filled balconies, colourful tiled buildings, art-drenched alleys and stunning panoramas. To top it off, Lisbon is one of Europe’s cheapest and sunniest capitals, and its location makes it a convenient base as you explore more of the country, with towns such Coimbra, Tomar, Porto, Aveiro and Batalha possible to visit in a day. Here are our top spots to explore while you’re there…

Lisbon’s Belém neighbourhood is famous for two things: museums and egg tarts. The Number 15 tram from the city centre will drop you within walking distance of several museums and galleries, including the UNESCO World Heritage-listed Monastery of Jerónimos and Tower of Belém. Both are free to visit on Sundays before 2pm, as are most of Portugal’s cultural sites, and the lines form early. Speaking of lines, expect a big one outside Pastéis de Belém, close to the Monastery. The shop opened in 1837 and is famous for its Pasteis de Nata, Portugal’s delicious egg tarts.

The views of Lisbon:

Lisbon’s hills may tire your legs, but they also offer countless vistas, or ‘miradouros’. The views from Miradouro das Portas Do Sol, Miradouro de Santa Luzia and Miradouro da Graça are worth the hike and free to enjoy. One of the best views in the city, though, is found at Saint George’s Castle. Some of the remains date back to the 6th century, although the castle was heavily damaged by the earthquake in 1755.

Just a 40-minute train ride from Lisbon, Sintra is the most popular day trip from the capital, but the UNESCO World Heritage-listed town deserves more time than most visitors allow. A few hours will not be enough to see all the impressive sites hidden in the hills here including the Sintra National Palace, Palace of Monserrate, Moorish Castle, Quinta da Regaleira and the colourful Pena National Palace. If a day is all you can spare, prioritise Pena Park and the garden at Quinta da Regaleira where you can explore a labyrinth of underground tunnels. Don’t bother buying a ticket to go inside Pena Palace. A pass to the park will still let you admire the extravagantly decorated building up close and the interior is disappointing by comparison.

The most western point of Europe:

There’s not much at Cabo da Roca except an information centre and a plaque acknowledging you’ve gone as far west as you can without getting your feet wet. But it’s pretty unique to know you are standing at the ‘edge of the world’, with the North Atlantic Ocean stretching on until it hits America. The 403 bus runs regularly from Sintra (35 minutes) or from Cascais (25 minutes).

It’s enough to make a book lover weak at the knees – stepping inside the oldest bookshop in the world. Livraria Bertrand opened in 1732 and holds the Guinness World Record as the longest-running bookstore. It’s been at its current location on Rua Garrett since 1755.

Want to book your own European adventure? Let TNT Tour Search help you out…

Fly direct from London to Lisbon with Ryanair in April from £60. The underground metro will take you from the airport to Lisbon city centre in about 20 minutes. Take the red line to Saldanha and change for Baixa-Chiado to reach the centre.

Lisbon has an extensive public transport network including buses, an underground metro, trains and trams. A rechargeable Viva Viagem card will cost €0.50 and can be topped up at metro and train stations. If you don’t have a Viva Viagem card, you’ll need exact change for the trams (€2.85).

Want to book your own European adventure? Let TNT Tour Search help you out… 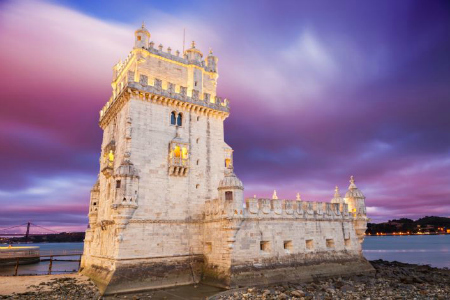 Eight reasons you need to visit Ruka in 2016

Vancouver riots after Canucks thrashed by Bruins in Stanley Cup