The Rynek is the largest medieval market square in Europe, and in summer it’s abuzz with pavement cafés. The monument to Adam Mickiewicz, a famous Polish poet, in the middle of the square is a common meeting point for locals.

If you’re lingering here, listen out for the Kraków bugle call or hejnal (pronounced hey-now), played on the hour from the highest tower of St Mary’s Basilica. Then wander round the Sukiennice (Cloth Hall), which slices the square in half. Formerly Kraków’s chief trading centre, these days it’s a glittering tunnel of amber jewels and souvenir stalls.

By night the town lives up to its nickname of ‘The New Prague’. Alfresco cafes are ditched in favour of cellar bars and clubs around the Main Market Square.

For something different head to Kazimierz. Home to the city’s Jewish quarter, this suburb lay neglected after World War II but since the ’90s has seen a string of quirky, bohemian bars and cafés open up.

CK Browar (ul Podwale 6-7) is an Austro-Hungarian style pub where non-filtered, unpasteurised beer is brewed right in front of you. Alternatively, travel back in time to communist Poland at Club Lubu Dubu (ul Wielopole 15) where everything is retro, including the music. Try local lagers Zywiec or Okocim or, if you fancy something stronger, go for a shot of proper Polish vodka. Ask for Wyborowa, bittersweet Zoladkowa Gorzka or Zubrowka (which is often drunk as a cocktail known as szarlotka, or apple pie, a mixture of vodka, apple juice and ice).

After all this, you’re going to need some food. Grab a zapiekanka (like a mini-pizza but on a baguette) from Bar Endzior on Plac Nowy in the heart of Kazimierz. There might be a queue but this traditional Polish snack is worth waiting for. Go for the one topped with chives (ze szczypiorkiem) and tomato ketchup.

Still peckish? Try dumplings (pierogi) from Pierozki U Vincenta (ul Jozefa 11), or obwarzanki, which are freshly baked round bagels in the shape of pretzels sold from street carts.

Work off all these excesses with a trip to Wieliczka Salt Mine (included on Unesco’s World List of Cultural and Natural Heritage) on the southeastern outskirts of the city. The museum, located in a 700-year-old mine, is one of the biggest underground mining museums in the world.

Alternatively, experience the socialist reality of Nowa Huta, an industrial district built by communists in the ’50s.

If you’re still weighed down by the dumplings, head to Salwator and climb Kosciuszko Mound for a great view of the city and a chance to escape the crowds.

• If you visit Kraków in December (until the 23rd), you’ll catch the Christmas Market, where you can browse through traditional Polish crafts and gorge on local food cooked on massive grills. Keep warm with a cup of mulled wine served from stalls shaped liked huge barrels.

• On New Year’s Eve, 100,000 revellers gather in the Main Market Square. This year the entertainment will be supplied by Boney M, Shakin’ Stevens and Lou ‘Mambo No. 5’ Bega, as well as home-grown talent. After a few glasses of champagne, don’t be surprised if you’re singing along. 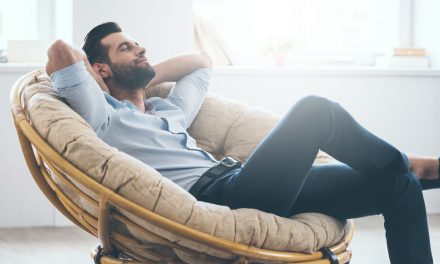 6 Reasons Why Taking Pride in Your Appearance Is Important

Could Doha be the next Dubai? Living and working in Qatar’s cosmopolitan capital city

Un-beib-lievable: Justin Beiber booed at London’s O2 after he was two hours late for concert