Feeder have been plugging their brand of alt rock since the turn of the Nineties. It’s been two years since their last album though, the rock-roots riffing colossus that was Renegades. They’ve been away for a while, but this Koko show is part of a mini UK tour that sees them back on stage – with newbie Aussie drummer Steve – to test the waters for eighth record Generation Freakshow, due next month.

Inspired by the likes of Grant’s love affair with the USA, his daughter, to whom he dedicates one of the songs, and the youth of today, the student riots at first and then the London riots of last year that spread across the UK and then the front pages around the world, Generation Freakshow sees Nicholas in contemplative mood, as evidenced by slow burn opener (and new album closer) Children of the Sun.

It’s a set loaded with new material, mixing the rock out roots of the likes of early years Swim and debut long-player Polythene with the more indie-fied stylings of recent years. Lead single Borders goes down a storm, and album title track Generation Freakshow itself emerges as one of the album’s standouts, and a soon to be live fave.

The most rapturous reception though is reserved for the oldies the set is littered with, no comment on the new material, just a reflection of audience’s unfamiliarity with it.

Feeling A Moment five tracks in and the ensuing Renegades illustrate differing strings to the Feeder bow, while Buck Rogers and Just The Way I’m Feeling tap their chart highlights. High – ‘the song that started us on radio” as Nicholas observes – kick starts a two-song encore. As they bow out with Just A Day, it’s a reminder that Feeder are still here, with Generation Freakshow showing the renewed vigour of a band with something to prove.

Generation Freakshow is out March 21 through EMI. 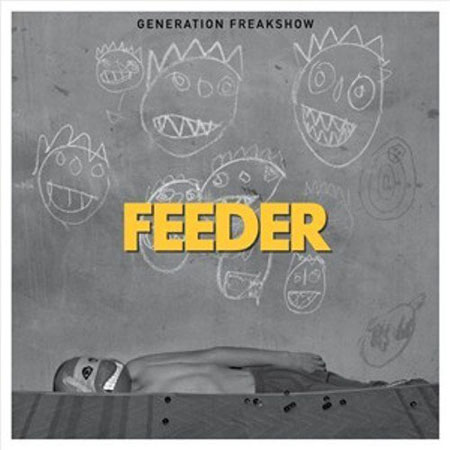