Leaving in the dark hours of the morning, driving down the road to the end of the world, we battled sleet, snow, gusts of wind, and terrible chill. The clouds cleared as dawn broke over our destination, the small hamlet of Te Anau, in the southwest corner of New Zealand’s South Island. The world felt flat here, and we were perilously close to the edge. Effectively there was only one road in or out, and beyond the impossibly bright green manicured lawns of the modest cottages and the cold waters of Lake Te Anau, the otherworldly mountains of the extraordinary Fiordland National Park draped perfectly across the horizon like a painted movie set. We would soon begin our trek through these distant valleys and over misty passes, through a landscape so incredibly dramatic as to be utterly unique. Like so many national parks, it was created simply because it was of no use for agriculture or industry. I’d like to think it was because it was so spectacular.

This, of course, did not stop some enterprising men from leaping on the opportunity to generate some form of income from the area. To this end, in 1888 pioneering Scotsmen Quintin Mackinnon and Donald Sutherland were commissioned to cut the Milford Track from existing Māori trails to create a guided tourist attraction. The footsteps we were to follow were well travelled, but even with this long legacy of mass tourism the track was simply a thin ribbon of inconsequential human occupation cut nervously through a grand and indifferent landscape.

Crossing Lake Te Anau and heading for the trail head, it was hard not to look into the fathomless depths and think of poor, charismatic Mackinnon. Curiously famous for his mutton fat scones and parrot stew, he drowned in the lake some years after becoming the track’s first guide. The water itself was clear and pure as it splashed against the hull, yet the lake appeared a black so deep it seemed to mourn the loss today. The allusion was hard to ignore. Departing from a small wharf off a lonely road, we crossed the blackness of the lake to head for a new world of jagged and snow-dusted peaks. We had paid the coin to the ferryman to carry us across the River Styx, right into the open mouth of Hades.

Four days hiking the Milford Track was a journey through an ecosystem unlike any other. It was as if we had been transported to another planet that developed in a similar fashion to Earth, or perhaps more accurately, Earth hundreds of millions of years ago. Impossibly vertical rock faces, cut by successions of glacial activity, pushed their way ever skyward, encapsulating lush valleys blanketed with emerald green fern and beech forests. These valleys illustrated an image of the primeval, nature in unrefined infancy. They evoked oil painted artist’s renditions of prehistoric landscapes depicting dinosaurs munching grass (or each other) that so enlivened the pages of mid-century issues of National Geographic. Despite these appearances, Fiordland is surprisingly far from prehistoric: only a paltry two million years old, long after the last dinosaur perished. What I found especially extraordinary was the existence of an ostrich-like species of carnivorous bird that stood over two metres tall. It was hunted to extinction only recently. It is such a shame we humans have a proclivity for destruction, for what a fabulously surreal encounter that would have made along the way.

In a stroke of marketing genius, the far-away editor of the London Spectator in 1908 re-named a rather modestly titled essay about the Milford Track from ‘A Notable Walk’ to ‘The Finest Walk in the World’. It stuck, but he quite obviously had never been, for it was definitely not a walk. It was four days of torturous yet rewarding pain. Like the world around us, we found the hike to be equally primal. As there was no provision for meals for independent hikers, all forms of sustenance had to be carried on one’s back. For a self-confessed bon vivant, this was a culinary disaster, as there was no other option than to endure a motley collection of bland and dehydrated trail foods. The fantastically absurd exception was two kilograms of spaghetti bolognese that we desperately managed to prepare prior to setting off. When the trail became increasingly difficult, which began in the knee-shredding switchback ascension of the Mackinnon Pass whilst brutally lashed by hurricane winds and sleet, there was only one chance of survival. Struggling with the extra weight of fresh meat sauce, it was imperative that we focused on a ray of hope, a shining beacon to follow to victory. It was Fergburger that got us through.

The night before we left we discovered Fergburger, a small hamburger bar in the charming streets of Queenstown which provided us the extra cholesterol necessary to prevent the dangerous possibility of losing weight during the hike. Amongst the alarming Australasian toppings of beetroot and fried egg, the true version of the hamburger was there: juicy patty, lettuce, tomato, onion, tomato relish, and fresh buns. Combined with homemade french fries, an icy Coke, and perfectly surly service, we became instantly addicted. Together with some fellow trekkers we persuaded to join us, it was no surprise that it would be the one thing we would seek out first upon our return to civilisation. The luxuriously named Pierre Laurent Ho-Yin Chin-Dickey and his friend Kristen were especially excited to try the delights of Mr. Ferg and his burgers, to the point of driving through the night to join us there upon completion of the trek.

Fergburger famously never closed. Returning from the trek, we headed merrily and with great anticipation straight for the door of the establishment. It was closed for four days for refurbishment. Pierre and Kristen, unable to join us after all and without a way to contact us, made the same discovery the next day. After receiving an angry missive, I never heard from Pierre again.

Have a cry with British Airways 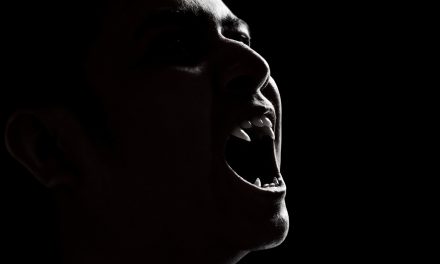