I am no stranger to beautiful beaches but the curve of white sand that stretched before me was dazzling. A group of Fijians were gathered under the palm trees swaying to the rhythms of the guitar as they sang the traditional welcome song.

Arriving on Nacula Island we were greeted with handshakes, big smiles and a cold drink. It was a five-star welcome and Oarsman’s Bay Lodge had a million dollar view, but it’s actually one of a number of budget/backpacker resorts that have sprung up all over the Yasawa Islands in the last few years. At Fijian $19.50 (about £6) a night for a dormitory bed, it was an absolute bargain. 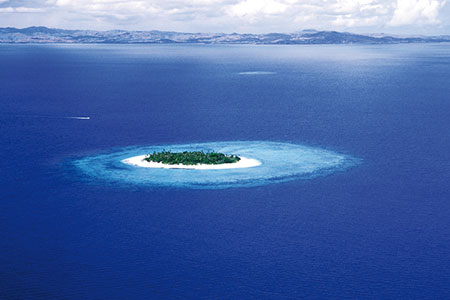 Backpacking in Fiji was a new concept for me. I had always associated the tropical paradise with honeymooners, five-star resorts and cruise ships – the sort of place that my parents would visit. But with airfares as little as AU$199 one-way from Australia, and an increasing array of budget accommodation, Fiji is now cheaper and more accessible than ever before.

The chain of 20 volcanic islands that make up the remote Yasawas are the stronghold of the burgeoning backpacker market. The Yasawa Flyer, a giant catamaran, runs daily from Nadi to Nacula – weaving through the various islands. Apart from a few swanky resorts, things are pretty basic here and the majority of resorts and lodges are owned and operated by the Fijians – so the money generated from tourism stays within the local communities.

A trip out to the Yasawas gives you a chance to experience the real Fiji: there are no shops, no ATMs, no internet cafes or Maccas in sight. But you will find unspoiled villages, divine beaches, colourful coral reefs and traditional hospitality. Best of all are the Yasawans, surely the friendliest people in the world, always laughing and singing. Unlike many places I have travelled, where friendliness masks a desire to take as much money off the tourists as possible, out here the warmth and kindness were genuine and unrestrained. 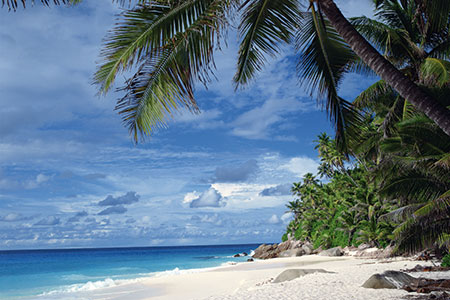 Fiji had been included as a stop-over on my round-the-world ticket and after six months of hauling around my backpack, catching long distance buses and staying in skuzzy hostels, it was time to take a holiday from my holiday. Stepping on to the soft powdery sand at Oarsman’s Bay Lodge, it seemed like I had chosen well. There were big comfy hammocks; floating mattresses; a book exchange; a reef to explore; gardens of frangipani and hibiscus, and the sea was as tranquil as a lake.

It was a great place to do nothing, even the decision of what and where to eat was taken from my hands as the resort was the only place to eat. The meal package included buffets; a curry night; Fijian lovo night (with food cooked in an underground oven); beach picnics and plenty of bananas and papayas straight from the trees.

Apart from the dormitory, there were private bures (huts) and also a camping area right on the beach, so there was a great mix of people and each meal was a lively, social occasion as we all ate together at big tables. After a few days I felt like part of the family, all the staff knew my name and were always happy to sit down for a chat.

Every afternoon the daily check-outs, bound for the Yasawa Flyer, would hop on the water taxi while the staff and most of the guests joined together to sing “Isa Lei”, the traditional Fijian farewell song and wave them off. Half an hour later the boat would return with the check-ins, to be greeted by the Bula welcome song. 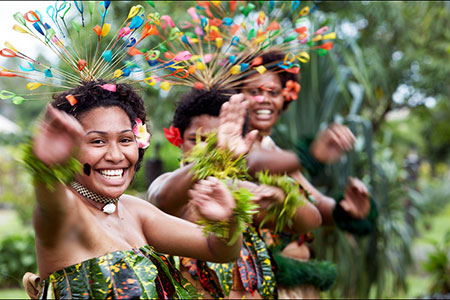 The days took on a comfortable routine – a walk on the beach, usually accompanied by Regal, the resort puppy, followed by a buffet breakfast, a bit of snorkeling and lots of lazing around on the beach or in a hammock. Aunty Maria, one of the elders from the village, would sometimes visit in the afternoon and show us how to weave bracelets and bags from dried palm fronds.

Sunset and happy hour were followed by dinner and the nightly activities – which included hermit crab racing, bonfires, international night, limbo dancing and quiz night – all organised by the staff.

On Fridays the staff performed a meke – traditional Fijian songs and dances – and we were all given frangipani leis and dragged up to dance. On Sunday night, The Blue Lagoon was screened. It was filmed on nearby Turtle Island and the parents of some of the staff were in it.

Every night the Fijians would gather around the tanoa (kava bowl) and sing in their beautiful melodious voices. Sitting under the stars drinking kava made a nice change to sitting in a pub drinking beer. It looks and tastes like muddy water. The first bowl makes your mouth go numb, but after a few cups you start to feel pretty mellow and after about 15, things become rather trippy – which usually means it’s time to stumble off to bed. 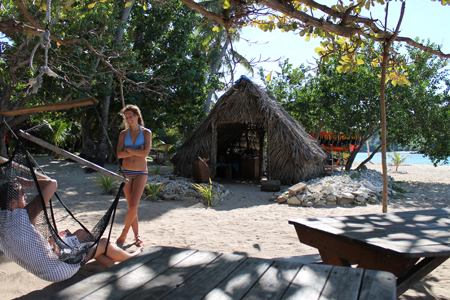 On the days when I managed to drag myself off the beach, there were plenty of activities on offer for around $5 – ranging from a coconut demonstration, to Fijian classes, as well as various boating trips, including reef hopping, handline fishing, the Blue Lagoon and island hopping.

Visiting the village was one of the highlights as tourists aren’t allowed here unless accompanied by a Fijian and it remains traditional and unspoilt. The only shop was a shack made of corrugated iron and the houses seemed to be mostly thatched huts.

The biggest, smartest structure was the Methodist Church – the missionaries had great success converting the once savage Fijians into pious church-goers. There’s also a small medical clinic, and the ladies in the village set up a small market selling necklaces and bracelets made from shells and coral.

Best of all was the trip to the primary school – the kids are just gorgeous with their bright purple uniforms and smiles as big as their afros. They’re certainly not shy and put on a great performance of singing and dancing.

Fijians call the surrounding Sawa-i-lau caves the heart of the Yasawas. The limestone caves are made up of 100 chambers, but we just visited two, descending by stairs into the first chamber and immersing ourselves in the cool water, a natural skylight filtered the sun’s rays into the cave. 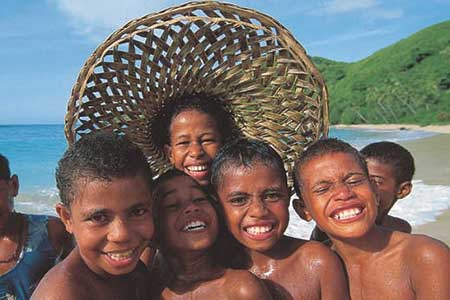 The second chamber is accessed by diving through an underwater tunnel – which isn’t quite as scary as it sounds – but emerging in the darkness was pretty spooky with only the light of a torch and all the guys in the group howling and splashing the water, creating eerie echoes.

Oarsman’s Bay is owned by the High Chief of the Nacula Tikina and his clan. Prior to its construction, the people of Nacula Island were fishermen and subsistence farmers. The resort now employs 36 people from the nearby village and it’s nice to know that the money I spent here would benefit the local community.

They also run a coral farming programme aimed at regenerating the reef and a tree planting programme to regenerate the land, so I managed to plant some coral and a few trees, leaving my mark, and providing the perfect excuse to return. Yeah, like I need an excuse!

Kuala Lumpur to Singapore: how to do it