Of course there’s bundles of cheap laughs (though it’s not quite as crass as previous entries in the series and leans towards the sentimental side) with plenty of gratuitous simulated animal cruelty to keep the easily offended crowd outraged.

The story trundles along at a decent pace as the gang embark on a crime caper road trip, getting mixed up with some old enemies, and discovering that Alan’s screw-ups in the first movie have long standing repercussions. 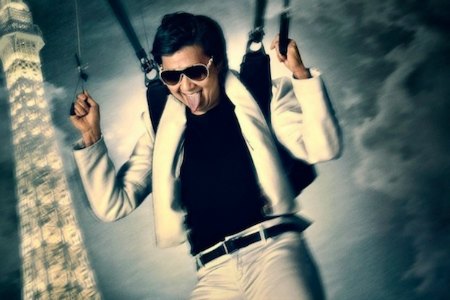 Though it sags in pace at times and suffers from a few misguided scenes (particularly when the comedy make way for sudden, shocking violence) and a script that doesn’t provide quite as many laughs as it should, if you’ve enjoyed being in the company of the hapless disaster-prone Phil, Stu and Alan previously, you will again.

Hangover Part III will satisfy fans of the original film with plenty of crowd-pleasing laugh out loud moments and though it’s not in the same league as the first film, it brings the Wolfpack saga to a satisfying conclusion.

Good for: Fans of the first Hangover who could happily skip part 2 in favour of this entertaining romp. Best enjoyed under the influence (but not hungover).

Best of London 2013: Top arts, events and entertainment highlights in the capital this year