Harrelson dominates this drama as a cop who walks to the beat of his own drum. Rampart Precinct cop and Vietnam veteran Brown sees himself as doing “the people’s dirty work”, continually blurring the lines between right and wrong to maintain his preferred action-hero state of mind on the streets of LA.

His world view is drenched in arrogance, sexism, homophobia, racism, misanthropy and aggression, but he’s at times likeable and suprisingly articulate. In the aftermath of being caught on tape beating a suspect, Brown has the chance to evaluate himself, but instead dons a blanket of self-denial and blame.

As the convenient world he has built (completed by living with two ex-wives who are sisters) crumbles, Brown continues digging a deeper hole, ignoring several more chances to grow even slightly. It’s this continued inability to progress that leaves the viewer wondering, “What’s the point of all this?” 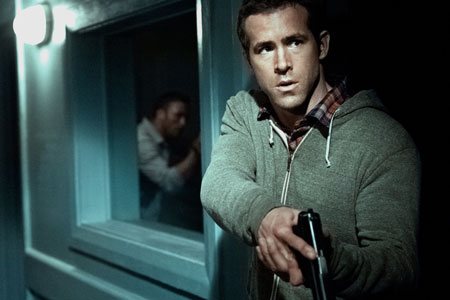 Denzel Washington stars as a CIA agent turned international crime boss forced to hide out in Ryan Reynolds’ safe house to avoid the hitmen who want to shoot holes through his treacherous double-crossing body. It’s the Hollywood debut from Swedish filmmaker Daniel Espinosa, so he’ll be looking to make a name for himself with this action-thriller flick.

Stunning Tourist Hacks to Help You See the World