Slicing through dramatic panoramas and bustling urban centres, roads get us from A to B. On a road trip though, it’s the journey itself that becomes the adventure; your end destinations are just the icing on the cake.

We’ve scoured the planet and selected five epic road trip destinations around the world, showcasing some of the very best road trips they have to offer. Sling your rucksack onto the backseat, fill up your tank and buckle up baby; you’re in for an unforgettable journey…

The land of the free has to be the first on the list. From the burning hot deserts of the south to the chilly mountains of the north and a myriad of diversity in between, this country is as unique as they come.

The Mother Road, Route 66, Will Rogers Highway; whatever you want to call it, you know which road trip I’m talking about! Paving the way from California to Illinois, the route encompasses eight different states through some of the country’s most dramatic landscapes and iconic cities. Swing by ranches, be bowled over by the Grand Canyon, uncover the history of the trail at various Route 66 museums, see the Joshua Trees in California and slide into a booth at one of many classic American diners along the way.

For something a bit shorter, the Pacific Coast Highway is a true beaut!. Five hundred miles long, you can take in the best that California’s inspiring coastline has to offer from the urban sprawl of San Diego (named after Saint Diego, hey Anchorman fans?) to the Redwood National Park, where the world’s tallest trees can be found.

There are many more inspiring drives to be tackled around the States, such as the Blue Ridge Parkway in Virginia or the Columbia River Highway in Oregon.

Famed for its immensely vast areas of wilderness, Canada is a playground for nature lovers. Sure, the country has its fair share of cities like Toronto, Vancouver and Quebec, but the rest of the country has pretty much been left in Mother Nature’s capable hands.

Between the truly magnificent mountain ranges, unbelievable crystal blue lakes and the hidden treasures of thick forests, Canada will give you an insatiable hunger for natural beauty. You definitely need to plan for many, many picture stops on any journey you take here.

Drink in the gorgeous coastline with a 391km journey along the Fundy Coastal Drive in New Brunswick. Not only will you be in for spectacular scenery, you will also need to keep your eyes peeled for whales breaching in the ocean. When you stop to stretch your legs, uncover mudflats which are brimming with historic fossils. Perhaps most fascinating thing about this road trip though is that you will be able to see the highest tides in the world. The difference between high and low tide is extraordinary, and must be seen to be believed; Reversing Falls is the best place along this drive to witness it.

The Sea to Sky Highway is another journey you’ll want to drive. Starting in Horseshoe Bay in Vancouver on the west coast, the tarmac will direct you to Pemberton in the mountainous interior of British Columbia. Sailing past the likes of iconic Whistler (which is the perfect opportunity to stop for fun on the slopes), as well as Brandywine Falls, this is the kind of journey that defines a road trip. 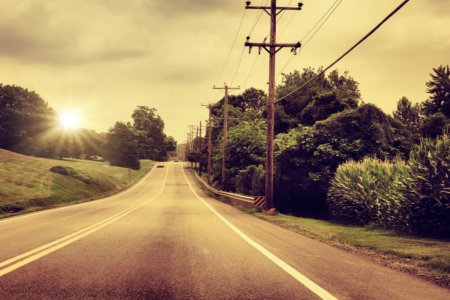 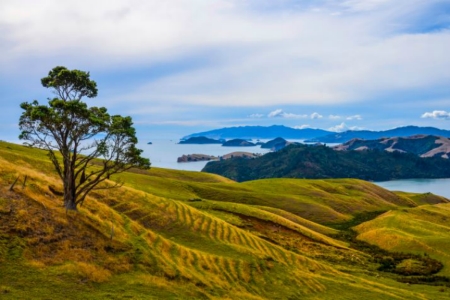 Like Canada, New Zealand boasts a great number of mountain tops and soothing blue lakes. As a country that derived from volcanic origin too, there are plenty of other fascinating landmarks. Shared among two small but very different islands, a road trip from the tip of the north island to the bottom of the south will be the most unforgettable trip you ever take, aided of course by the local Kiwis. A road trip from top to bottom is a pretty ambitious feat, though. The solution? Well, the good news is you can pack the best this country has to offer into much more manageable road trips without sacrificing on any of the beauty.

Where better to start than by hopping in your car to take in the magnificent Milford Road? A winding snake on the south island, this route lasts for 120km delivering picture perfect vistas of gigantic mountains, lakes as still as mill ponds and flora blankets. You won’t need a playlist here as the tumbling waterfalls will be your soundtrack – lush.

You’ve probably heard it said before but it’s impossible to comprehend just how large Australia really is until you’ve been there first hand. What looks like a mere couple of hours’ drive on a map easily translates into five, six or seven hours in your car. There is no better way to experience this incredibly vast country than on a road trip.

Most visitors will stick to the east coast, where bustling towns brimming with backpackers will delight you with their energy and fun-loving attitudes. This side of the country is naturally very busy though so my recommendation, if you want to take a road trip, is to venture elsewhere. The west coast is definitely the place to go. You’ll probably start in Perth, but don’t forget to explore the south west portion of the country before heading north. Here you’ll find Margaret River, Busselton and Bunbury and some amazing national parks. North, you can take in the likes of the Pinnacles Desert, Monkey Mia where wild dolphins frolic in the shallows and the laid back tropical town of Broome. Wild and beautiful, this road trip will allow you an incomparable taste of the land down under.

We can’t forget of course the world famous Great Ocean Road too. You’ll want to hire your car in Melbourne to tackle this route, which officially starts at Torquay, along the southern coast to   Warrnambool where the route theoretically ‘ends’ although you can explore further or head inland too. Get acquainted with the 12 Apostles, as well as the likes of the Loch Ard Gorge, the Grotto and London Arch, all the while passing rainforests, tiny towns and rugged cliffs.

From a young age, Africa holds a special kind of lure for most people. It’s the home of the wild in the truest sense, where the world’s most impressive mammals wander free. This puts it high on the list of places to visit, but its mammoth size means exploring it properly is difficult. That’s why a road trip when you’re here is the only way to go!

Touch down in cosmopolitan Cape Town and get ready to take on the stunning Garden Route. Aptly named, you’ll take in views of rainforests, beautiful beaches and deep ravines between the start and finish points of Mossel Bay and Storms River. There’s so much to see and do; take a detour to Shamwari Game Reserve or even Addo Elephant National Park whilst the Garden Route National Park is a natural haven for a walking and hiking break. This route can really be as long or as short as you like but one thing’s for sure, it’s one hell of an epic road trip that will leave you with an unforgettable impression of South Africa.

This post was written by Kerri Ware on behalf of Economy Car Hire, a holiday car hire broker. Although based in the UK, Economy Car Hire provide car hire services at more than 1,400 locations around the world so buckle up with them and enjoy your own epic road trip! 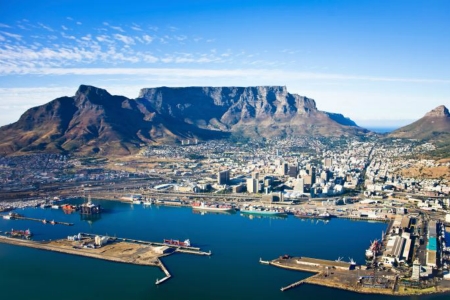 Reaping the Best Out of your Trip while Travelling with Kids