Flashpacking vs Backpacking: Tips on where to splash your cash and when to budget travel

Love eating street food, but can’t stand sharing hostel dorms? Up for a second-class train journey, but refuse to be without your MacBook Air? Prepared to wear the same jeans every day for a month but can’t face a cold shower? Sounds like you might just be a bit of a flashpacker.

Flashpackers love the traditional back-to-basics travelling style, but are prepared to fork out that little extra for certain creature comforts or once-in-a-lifetime experiences. Some like to up their whole budget just a smidge, others prefer to mix high- and low-end experiences as they go. Here, TNT gives you the lowdown on where it’s worth really splashing the cash, and where to save your pennies. 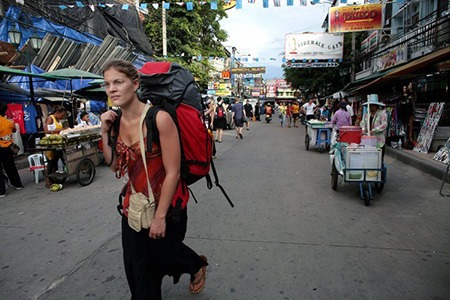 Backpack it: You’ll be headed straight for one of the most famous backpacking streets in the world – the one and only Khao San Road. Every backpacking cliché can be fulfilled here – getting a temporary tattoo, hippy braids, beer slogan T-shirts, silver jewellery, the works. Or you can just hit the bars, get smashed on Sangsom rum and make some new travel buddies. Whatever you do here, it won’t cost you too much – dorm beds can be had for a fiver and drinks from £1.50. In fact, the prices on Khao San Road itself can be a little inflated, but wander the surrounding streets and you’ll find endless little drinking dens and cafes.

Flashpack: Is there a glamorous side to Bangkok? You betcha. There’s a trend for seriously swanky rooftop cocktail bars that give you stunning views over the cityscape, and while they might be expensive, it’s worth forking out to experience that hard-to-beat breathtaking panorama.

So scrub off the backpacking grit and grime for just one evening and head up to Skybar (there’s a no flip-flops, smart casual dress code; lebua.com/sky-bar). Bag a table and take in the stunning 360-degree views from this bar on the 63rd floor of The Dome at the swanky Lebua State Tower, making it one of the highest in the world. Now, ready for the bill? It’s £10 a cocktail. Perhaps just the one then…

Verdict: Backpack. There’s plenty of budget fun on offer in Bangkok to keep your travel costs low and still have a blast.

Get there: Fly from London Heathrow to Bangkok from £849pp with British Airways. 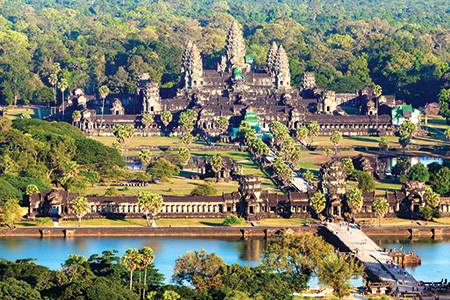 Backpack it: Angkor Wat will be top of your must-do list, and at £13.50, the entrance fee won’t break the bank. As for food and accommodation costs, these are really rock bottom – a casual meal of rice or noodles costs as little as £1.

Flashpack it: One activity worth splashing the cash on is a quad biking tour. You’ll follow a guide as you motor around the lesser-visited temples and remote villages, where you’ll see a side of the countryside lots of travellers miss. A full day tour will set you back around £110pp with Quad Adventure Cambodia.

Verdict: Definitely backpack. You don’t need to spend a lot here to be very comfortable. And since Cambodia is an extremely poor country, if you’ve got extra cash to blow, why not donate it to a charity or NGO? Many are listed at Charity Vault.

Get there: Fly from London Heathrow to Phnom Penh from £833pp return with Qatar Airways. 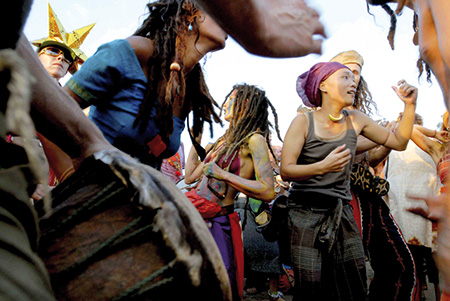 Backpack it: Goa has been drawing in the hippiest of backpackers for decades, here to wear cotton trousers and beads, laze around in bamboo beach bars during the day, and head to Anjuna for raves by night. Naysayers grumble that the scene’s not what it once was, but screw ‘em – you could still spend weeks here living the hippy dream, staying in cheap hostels (from less than £5pn) and enjoying the beautiful beaches and easygoing atmopshere.

Flashpack it: Goa now also has a whole raft of very upmarket resorts – the likes of Kate Moss, Jade Jagger and other celebs take holidays here. If you want a little taste of luxury, fork out for a Goan meal, fine dining-style at the stylish Leela Goa’s restaurant Jamavar. It’ll set you back about £30 per head without wine.

Verdict: Backpack all the way here – if beautiful beaches, swaying palms and amazing fish curries aren’t enough for you, then what is?

Get there: Fly from London Heathrow to Goa, via Mumbai from £740pp return with British Airways. 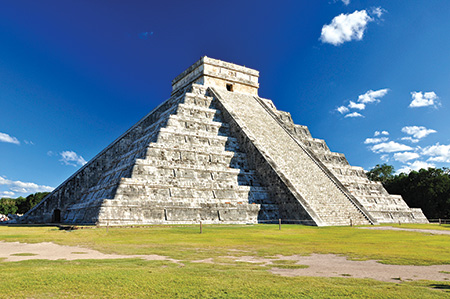 Backpack it: There are countless backpacking routes through Mexico, taking in the ancient Mayan ruins of Chichen Itza, the art city of Oaxaca, the Sierra Madre mountains … but, for lots of backpackers, all roads eventually lead to Cancun for hard partying and tequila shot slamming. It’s also a great place for sampling authentic Mexican food – get tacos and quesadillas from £1.50.

Flashpack it: Don’t blow your spare cash in the pricier bars, instead fork out on a scuba diving expedition. A short drive south from Cancun, the Riviera Maya Cenotes are the longest cave and cavern dive systems in the world, and you’ll get the chance to gawp at the surreal stalagmites and stalactites underwater. One-day trips from £97 with Cavern Diving Mexico.

Verdict: It’s worth splashing out a little flashpacking here – as long as you’re spend on memorable experiences, rather than dropping a fortune in pricey bars.

Get there: Fly from London Gatwick to Cancun from £594pp return with Virgin Atlantic. 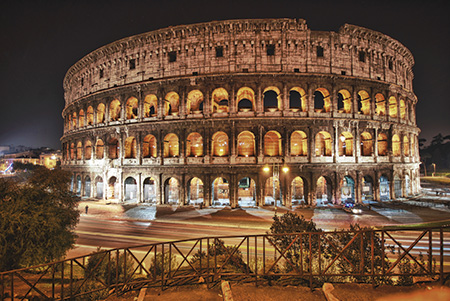 Backpack it: Anyone who read about the recent furore over Rome’s gelato (four British tourists charged £54 for four ice-cream cones) knows it’s not a cheap city. You’ll want to get in, see everything on your ticklist and then get out before you start bouncing cheques. Check out St Peter’s Basilica, the Pantheon, Spanish Steps and Trevi Fountain for free. As for accommodation, you don’t get much for your money as just a dorm bed will cost around £15-£20.

Flashpack it: The costs are going to add up while you’re here. Entrance to the Colosseum is around £13.50, as is the National Museum Of Modern art and the Vatican Museum. As for the bars and restaurants – the sky’s the limit in terms of prices, so make sure you stay away from the more touristy areas when eating out.

Verdict: Definitely a place for flashpackers. You’ll spend big just seeing all the key sights. And budget a fair bit for food otherwise you’ll end up chowing down on pizza for breakfast, lunch and dinner.

Getting there: Fly from London Gatwick to Rome from £134 return with easyJet. 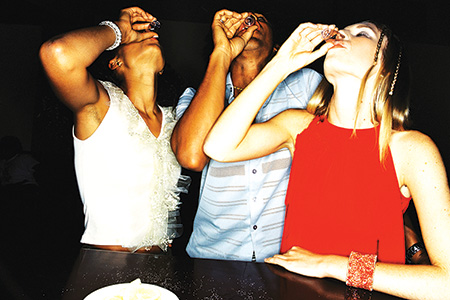 Backpack it: To get the most for your money, pick up a Barcelona Card for £28.50 which will get you unlimited public transport, plus entry into heaps of museums and galleries, and a free waterfront cruise on Las Golondrinas. And, of course, there are plenty of  golden-sandy beaches to while away the days on.

Flashpack it: Boy is it possible to drop a lot of money on drinking in Barcelona. Many of the bars and clubs are around the city’s most famous street, La Ramblas, where you can watch entertaining street performers and soak up the busy vibe. The catch? Drinks can cost more than £5 a pop, and club entrance fees up to £20.

Verdict: If you’ve decided to blow your budget on a night out, might as well be here. Flashpack it!

Get there: Fly London Gatwick to Barcelona from £86 return with easyJet.

Whether you’re flashing the cash or are a financially challenged  jet-setter we have deals for all budgets over at TNT Tour Search.

London club: Martinez Brothers bring their legendary show to Fabric on May 11