For the love of gold: TNT looks back at some of the Paralympics’ truly memorable moments

Granted, we won’t have to hear the overused word ‘inspirational’ bandied about for a while, but it’s going to be hard not having a group of fiercely determined humans on show to remind us that given the right attitude (and a healthy serving of self discipline), each of us can achieve great things.

Whether it was the realisation that even with two legs, we’d still get smashed by the sprinters; that those blind soccer players have more skill in their little toes than most of us do in our entire bodies; or that it takes a rare breed to be able to perform a turn in the pool using their heads, the Paralympics will be missed.

To celebrate the excitement and drama of an event that captivated London and the world, here are our highlights, both good and bad.

Imagine it: training your heart out for four years only be to be disqualified on the big day. Nightmare. Team GB cyclist Jodie Cundy did more than just dream it, though – he lived it.

After messing up his start in the C4/5 1km time trial – a mishap officials said was his error, not a mechanical fault – Cundy completely lost it (main image).

“I fell out of the gate because the fucking thing won’t open,” he ranted at an official. “Yet here I am, I can’t ride. Everybody else gets the fucking re-ride.”

Cundy then hurled a water bottle, collapsed in a heap and had to be restrained by his mechanic as he flared up and got staunch at the commissaire who ruled him out.

“Do you know what it’s like? Four years of my life,” he continued. “I’ll never get the chance to do it. In front of a 6000 home crowd, I’ll never get this opportunity ever, ever again. Never. What am I supposed to do?”

He eventually did what he was supposed to do: get over it, winning the bronze in the individual 4km pursuit 24 hours later and then declaring his intentions to come first in Rio.

Cundy may not have been given a gold medal, but the angry ginger definitely came first in demonstrating the passion that competing in the Paralympics arouses. Top bloke. 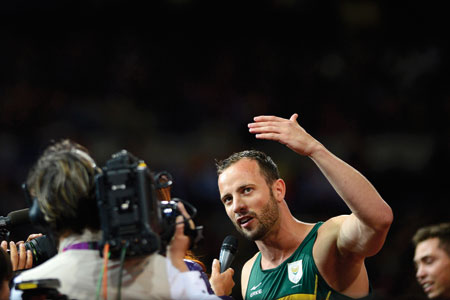 You’d think that after all the crap Oscar Pistorius had to take in order to compete against able-bodied athletes – the suspicion, the testing, the doubt he’d make it – he’d at least have the good grace not to publicly subject someone else to that.

But no, Pistorius had to live up to his Sesame Street namesake and grouch about the length of Brazilian runner Alan Oliveira’s blades (after Oliveira had beaten him),  essentially accusing his poor rival of cheating.

Pistorius had previously taken his concerns over the Brazilian’s blades to the Paralympics governing body, but it had declared everything above board. The Saffa, though, still thought it OK to moan to media immediately after he lost.

Pistorius has done wonderful things to raise the profile of Paralympians and to overcome prejudice, but this just stunk of sour grapes.

It was great to see him beaten again days later by 19-year-old Brit David Peacock in the 100m final. The king is dead; long live the kings.

This was the most well-attended Paralympics ever, as London continued to be energised by the Games spirit.

Look back on videos of past Paralympics and you’ll see the Olympic stadiums partially empty, a smattering of athletes’ families and friends making up the bulk of the crowd. In London, though, the people came, saw and cheered their lungs out.

At least 2.7 million tickets were sold for the Games – 900,000 more than were bought for the Beijing equivalent – and 100 countries bought the rights to the event, including Brazil, where Alan Oliveira’s aforementioned win superseded football coverage in the soccer-mad South American country.

And the closing ceremony with Coldplay and Jay Z – how good was that? There’s a strong argument to be made that this show was better – and more relevant – than the garbage served up for the Olympics final-day bash.

Yes, in future years, London 2012 will be pinpointed as the event at which paralympic sport tore down the last remaining fences of prejudice and set up camp in the mainstream consciousness. Not before time. 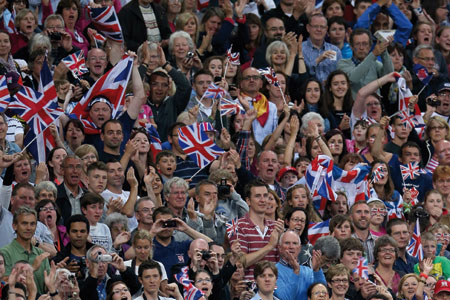 Weatherill’s superman winner British table tennis exponent David Weatherill made a shot that was astounding, so skillful, that even his opponent’s coach was moved to applaud.

Class six world number five Weatherill, who due to a rare genetic bone development disorder needs a crutch to play, was under pressure from German Thomasz Kusiak at a crucial fourth-set moment. He was forced to his left and then made to stretch for a ball returned to the other side of the table.

It looked for all money as if he was gone, but, astoundingly, with the ball seemingly out of his reach, Weatherill leapt across, arm outstretched and managed to return a screamer of a passing shot while toppling to the ground.

The crowd went mental and the TV commentator was moved to constantly repeat the word ‘ridiculous’, although a more composed caller may have substituted that with ‘brilliant’, ‘magnificent’, ‘superb’ or (cringe) ‘awe-inspiring’. Weatherill later tweeted: “At least I might get a few YouTube hits, Superman diving forehand winner?

I practice that, I’ll have you know #ProudParalympian.” A few YouTube hits? Too right. More than four million and counting. You should check it out if you haven’t seen it: tntmagazine.com/superman 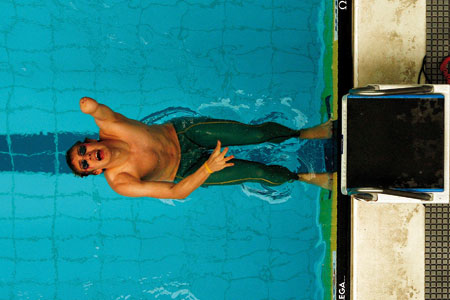 Swimmer Matthew Cowdrey (above) became the most successful Australian Paralympian, taking his total to 12 Paralympic gold medals and 21 medals.

He went on to add another gold to his haul, despite admitting he was a bit ‘sleepy’ after a night of insomnia brought on by days of high emotion.

And just moments after collecting his record 11th gold medal, the 23-year-old confessed he also had a bad case of gold fever. “I had pretty much ruled out Rio until about 10 minutes ago,” he revealed.

Mention, too, must go to Jacqueline Freney, who become Australia’s most successful Paralympian at a single Games, securing the seventh gold medal of her stunning week in the pool in London.

“Seven. I am in heaven,” she said, revealing a hitherto unknown ability to create poetry on the spot. Big things surely await. Will she eventually take Cowdrey’s crown?

MK soldiers to be exhumed