The controversial leader, known as The Iron Lady, who divided opinion in the UK, died after suffering a stroke today, aged 87.

“It is with great sadness that Mark and Carol Thatcher announced that their mother Baroness Thatcher died peacefully following a stroke this morning,” said her spokesman Lord Bell.

“A further statement will be made later.” 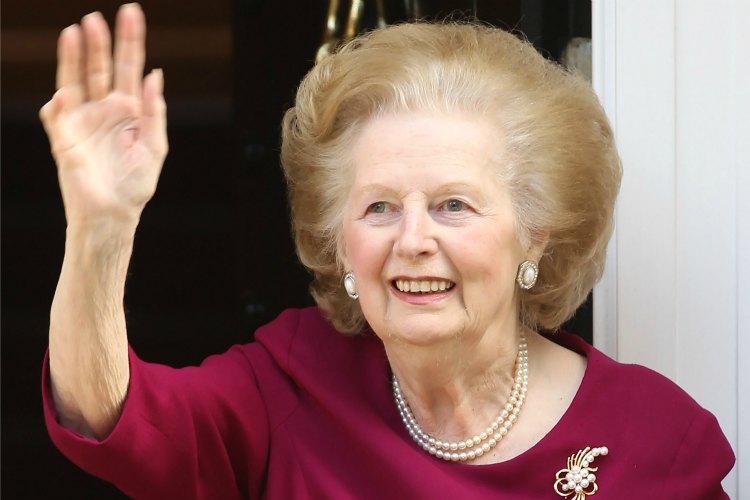 “Love her or hate her, the greengrocer’s daughter from Grantham left an indelible mark on British politics,” said The Mirror’s Ben Rankin.

Prime Minister David Cameron said: “It was with great sadness that l learned of Lady Thatcher’s death. We’ve lost a great leader, a great Prime Minister and a great Briton.”

London’s mayor Boris Johnson said on Twitter: “Very sad to hear of death of Baroness Thatcher. Her memory will live long after the world has forgotten the grey suits of today’s politics.”

“The dominant figure of post war British politics is dead. Love her or loathe her Margaret Thatcher shaped this country as few others did,” said the BBC’s political correspondent Nick Robinson on Twitter.

Former Liberal Democrat leader Charles Kennedy said “As a politically divisive figure – not least where Scotland was concerned – her legacy will always be controversial…But her impact – positive and negative – remains near immeasurable.” 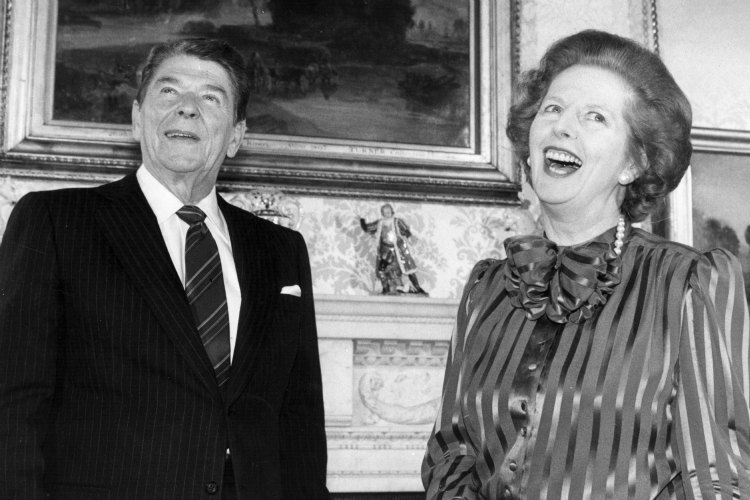 Margaret Thatcher with US president Ronald Reagan in 1984

Others were less diplomatic in their opinions.

Former London mayor Ken Livingstone said “She decided when she wrote off our manufacturing industry that she could live with two or three million unemployed, and the benefits bill, the legacy of that, we are struggling with today. In actual fact, every real problem we face today is the legacy of the fact that she was fundamentally wrong.”

Flags on Downing Street have reportedly been lowered to half-mast in tribute.

The Conservative leader was the longest ruling prime minister of the 20th century, leading the country from 1979 until she was forced to resign by her party in 1990.

“The Russians said that I was an Iron Lady. They were right. Britain needs an Iron Lady,” Thatcher once said, referring to her famous nickname.

Main image: Thatcher took over from Edward Heath as the leader of the Tory party in 1975

Ashes 2013: Graeme Swann says he’s aiming for a 5-0 win, a knighthood and to be Prime Minister