The competition was the final in a tour that has taken in the slopes of Canada’s Revelstoke, France’s Chamonix and Norway’s Røldal.

If watching a collection of the world’s best skiers and snowboarders navigate 500 metres of rocky, sheer mountain-face is impressive on a TV screen, being there in person is incredible and, this year, 8,500 spectators made their way up the slope to see the competition.

Reine Barkered from Sweden became the men’s skiing Freeride World Champion; going faster and taking in more cliffs than his opponents. “It’s beyond anything I could possibly imagine. I talked to my dad today and I heard him cry for the first time, it’s an incredible feeling,” he said after his win.

It wasn’t all pretty, however, and among those wiped out coming down the mountain was New Zealand snowboarder Sam Smoothy, who had been hyped as a favourite to win.

Kiwi flags were also waving for the Kuzma twins Janina and Maria, a skier and snowboarder respectively. In the event, Maria Kuzma claimed third place in the Freeride World Tour for women’s snowboarding.

Janina Kumza fared less well, falling from her skis on the edge of a drop. Here’s what she told TNT.

TNT: So, what happened there?

Janina Kuzma: I came in with a bit of heat and the next thing I was flipping down the mountain with one ski on and somersaulting over some rocks. Then I had to sit there and wait for someone to bring me my skis. I as frustrated and a bit scared, but you have to really push it or some other girl will.

I felt bad for my Mum having to watch. Last year my sister was completely swept down the face by an avalanche and my Mum had to watch that.

TNT: How do you feel just before you launch off the mountain?

JK: Really nervous, I just want to get it over with and be home with my friends and family.

Last year the Bec [Bec des Rosses – the mountain on which Xterme Verbier takes place] was good to me but it wasn’t this year! This was my final competition of the season though, so tonight I can party hard. 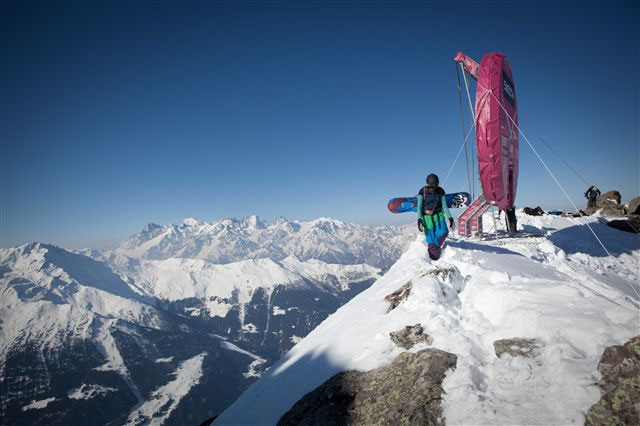 “I did not think I would be able to win this title. On the top of the Bec all the stress and pressure throughout the season came out and I told myself the best moment of the day would once passing the finish line. So now I am incredibly happy. My father was here, as well as my brother and a lot of friends from Chamonix.”

“I was really nervous today as the title was as stake, the difficult face and that my mother was here! I am so happy with the season and the atmosphere between the girls is really awesome.”

“The world champion win was totally a surprise to me! According to the pre-event calculations it was hardly possible for me to win. The conditions weren’t super easy with a bit of crust so keeping my line fluid was a challenge. The airs I took in the end ended up working out and I can’t wait to celebrate tonight in the Verbier Village.”

Hair of the dog: Non-alcoholic beer being brewed specifically for canines