A unique Arctic adventure: the World of Greenland is a must-see

When searching for unique travel destinations, Greenland is often not the first idea that comes to mind. The beautiful island located between the Arctic and the Atlantic Ocean tend to be forgotten in the mind of travelers. However, each year the ice-covered country impresses new tourists with its majestic landscapes, a unique Arctic fauna, and icebergs the size of skyscrapers. The Arctic wonder forms a basis of an amazing adventure, which offers a wide diversity of animals on land, air, and sea, and a number of attractions with a unique Greenlandic touch. National Geographic acknowledges the world’s largest island by ranking it as a top 20 must-see place of the world.

Greenland’s placing as a Travellers’ Top 20 Destination of the World, is not without reason. The Arctic beauty holds a variety of animal species living in the cold climate. The wild animal kingdom of Greenland consists of everything from an incredible world of marine animals to a large terrestrial fauna. Underneath the surface of the cold and dark ocean, number of seal species, magnificent killer whales and enormous walruses are hiding. The Greenlandic marine animals are some of the world’s most beautiful creatures, not afraid to expose themselves to visitors of the beautiful island.

Despite of the domineering Ice Cap taking up more than 80% of the total landmass of Greenland, the wildlife of the island is wild, spirited and without limits. With beautiful birds, travelling reindeers and white-coated and fluffy polar bears, the country is homeland of some of the rarest creatures of the world. And even though most people think the enormous inland ice is a hindrance of exploring the amazing wildlife, Greenland forms the basis of a wonderful adventure. There is something about experiencing Greenland’s majestic landscapes and Arctic fauna from the perspective of a dog sled while the breath-taking Greenland Ice Sheet opens up in front of the sled as far as one can see.

Greenland is a great adventure destination, and the island holds a number of attractions with a unique Greenlandic touch. The Big Arctic Five highlights five core Arctic attractions making Greenland an adventure for everybody from world travellers to winter sport enthusiasts. Feel the Arctic breeze while dog sledding across the dominating Greenland Ice Sheet, or spot the magnificent creatures when they expose themselves from underneath the surface. Whether it is the killer whales on hunting sprees or the fast narwhals zipping in between cracks in the sea ice, it is an experience to remember. 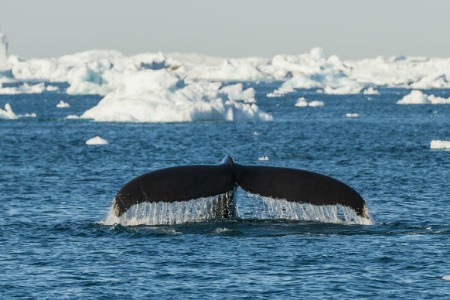 The Arctic Five also gives travellers the opportunity of being one of the few people in the world to have experienced the breath-taking Northern Lights. While reaching down from space, the amazing light fills up the dark night with beautiful colours and a sense of magic. The Northern lights are a part of Greenland’s identity, and it is a phenomenon you should strive to experience before it is too late. 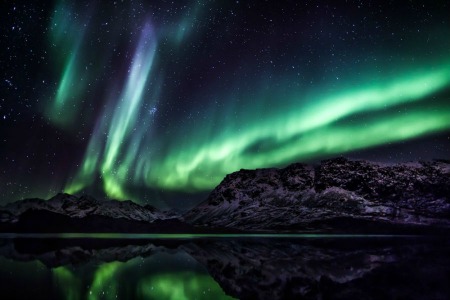 As a result of Greenland’s beautiful nature, majestic landscape and Arctic attractions, the island has been ranked on the list of National Geographic Travellers’ Top 20 Best of The World.

Jonathan Irish, Photographer of National Geographic states: “Greenland is beyond amazing. I’ve always dreamed of seeing this mystical place and it exceeded all of my expectations. From the massive icebergs of the Ilulissat Icefjord to the sled dogs and seals, it really delivers an experience that is unique and special. Don’t hesitate….go now!”

And National Geographic is not the only one to recognize the value of Greenland as a unique travel destination. The ranking comes right after Lonely Planet’s selection of the top 10 best countries to visit in the world. Here, Greenland made it to the list as well. “There’s something wildly refreshing about a place that’s about 80% ice covered”, writes Lonely Planet’s experts after having trekked the globe to select the best countries of 2016 to visit.

The Official National Tourism Agency of Greenland, Visit Greenland, appreciates the increased focus on Greenland as a travel destination. “It is a great honour to be a part of the travel magazine and to be selected as one of the World’s Best Destinations 2016”, states Anders Stenbakken, CEO of Visit Greenland. “The increased focus on Greenland as a unique travel destination is due to the fact that more and more travel agencies have included Greenland in their travel programs. New products are continuously developed and several air routes have opened, still with more to come. With a combination of improved marketing as well as higher accessibility of the country, Greenland is now a destination where travellers can make their dreams come true”, Anders Stenbakken concludes.

Discover the beauty of Barcelona