It’s evening and, as the mountains fade into the distance, it’s like something from a fairytale.

I’m on my way to watch the final of the world’s most extreme skiing and snowboarding competition – the Freeride World Tour – which will not, I imagine, be a tranquil affair. But, during the sunset ascent into the Swiss Alps, all seems calm.

However, as soon as I arrive at the village resort, I sense an air of expectancy. Set at 1520m, facing the Grand Combin massif and overlooked by Mont Blanc, the complex is one of the world’s premier ski destinations.

Frequented by the likes of princes William and Harry, and Richard Branson, Verbier is as geared up for partying as it is for skiing (which is saying something considering there are 27 lifts and 100km of runs here). Tonight, the town seems like it’s holding its breath, waiting for tomorrow’s big event.

A couple of beers. Sleep. It feels like Christmas Eve. At first light, I’m out the door, heading through the crisp air to the lifts, standing with the several thousand other spectators, sipping coffee, holding skis and snowboards, and gazing up at the snowy peaks.

We’re all here for the final of a competition that’s taken the world’s best skiers and snowboarders across continents, hitting the slopes of Canada’s Revelstoke, France’s Chamonix and Norway’s Røldal before arriving for today’s contest.

Long before Verbier’s unwashed masses arose from their slumber, the participants began their trek to the top of the 223m Bec de Rosses.

While they have the option to be dropped by helicopter at this precarious starting place, most competitors choose to hike – a feat that would be challenge enough for most. 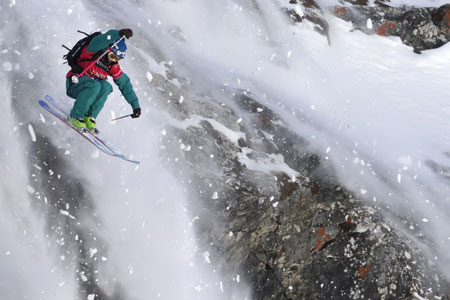 For us mere mortals, the route to Mont Fort, a viewing point opposite the Bec de Rosses face, willbe less arduous.

A lift and a short ski run takes 8500 spectators here, and in the pure whiteness of the landscape, our brightly clothed party is the only splash of colour for as far as the eye can see.

The view is insane – dazzling peaks cut razor-sharp into the blue sky, vertiginous valleys stretch below us on one side, and the supremely imposing Mont Blanc towers to our right.

But it is the mountain face opposite which holds our attention. Near-vertical and peppered with jagged black outcrops of rock, this is the face the riders must descend.

Around me, people are setting up camp for the day, digging seats out of the snow with spades, spreading blankets and cracking open beers.

Those in the know have brought binoculars, which they focus on the Bec de Rosses and the riders who appear as tiny specks on its summit.

Suddenly, the first competitor is off. The action is played out on big screens but it’s far more dramatic to watch the real thing.

The ant-like forms drop so fast it’s hard to follow them with the naked eye, as they jump from rock faces then carve a graceful line through the pristine snow. 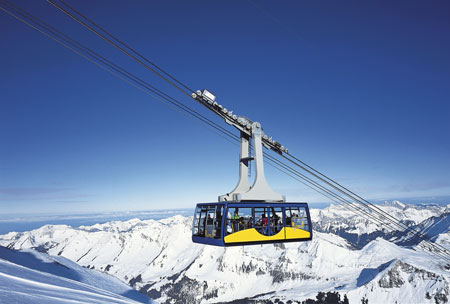 One by one, the riders shred their way down the face. Some fare better than others and New Zealand’s Janina Kuzma falls, cartwheeling and coming to rest on what appears to be the brink of a cliff face.

I watch from the safe distance of a viewing platform, where the party is in full swing. Beers are being chugged, BBQ feasted upon and, as is tradition, cowbells are echoing through the mountains.

Kuzma appears, clearly annoyed that she’d come a cropper but still elated. “I came in with a bit of heat and the next thing I was flipping down the mountain with one ski on, somersaulting over some rocks,” she tells me. “I just felt bad for my mum having to watch.”

When the competition finishes and the winners are crowned, the mountain is still buzzing. Later, the streets of Verbier will be thronged with people, bars packed and parties raging well into the morning.

But, for now, I settle back in a deckchair as a guy in a wing-suit leaps from a plane and swoops through the valley in front of me.

I’m half drunk and I’ll be taking the lift back down. But it makes me think, really, aren’t human beings amazing?

Fly direct from London Heathrow to Geneva with British Airways from £155 return. 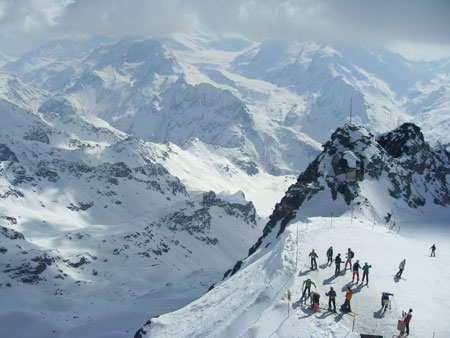 The Central T-Bar in the Verbier Central Hotel is great for burgers (see left) and cheap, fast eats in a laidback and friendly setting.

There’s also regular live music and it’s a popular low-key après-ski hangout for locals, instructors and tourists. Prices for a meal start at about £9.

Woodfire grill specialties and homemade pasta are staples, but the daily specials (see above) are always interesting. Drinks £2-£6, mains £10-£23. 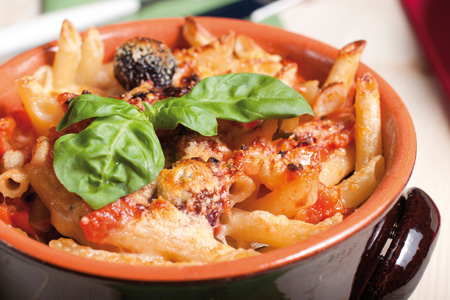 Michelin-starred La Table d’Adrien in Le Chalet d’Adrien hotel, set on the mountainside with spectacular views of Verbier, is the place for gourmet food.

Sit outside for a terrace lunch and enjoy the impressive wine list. Main courses from £35, desserts from £16.

The Farinet is actually two bars: the après-ski venue at the front comes into its own when the sun comes out and the windows of the glass-sided bar on to the terrace are opened when a live band plays.

The lounge bar next door is chic, stylish and a good place to impress a date. Beers from £4 and cocktails £8.

Verbier institution The Farm Club is possibly the most famous venue in the Alps, but expect to pay through the nose for it.

Big queues at the weekend prove that for some, the prices are justified. A bottle of beer is £13 and a bottle of house champagne or vodka is £197. 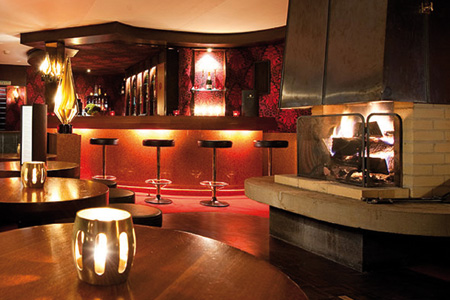 The Map Verbier Village is an Alpine-style hostel close to the centre of Verbier, offering rooms for four or six people.

There’s free wifi, a DVD player, ski storage and a free hourly shuttle to the village centre and ski lifts. Costs from £30pppn including breakfast.

In the heart of Verbier, Hôtel Ermitage is a pleasant three-star hotel. A free shuttle bus to the main lifts stops in front of the hotel every five minutes and it’s only a five-minute walk to the main gondola departure of Médran.

Double rooms from £118pn, including breakfast.

The uber-luxurious Chalet Mont Fort is a three-room penthouse apartment which sleeps six. It’s airy and stylish with vaulted ceilings and a south-facing balcony.

Prices for seven nights start from £1079pp based on two sharing, including return flights from Gatwick, coach transfers and catered board.