From Jack the Ripper to East London Street Art, our pick of the top city walking tours

Back in the Day

Wander some of the key locations that helped shape the cultural landscape with the Soho – Roots Of The Swinging Sixties Tour. From the birthplace of British rock ‘n’ roll, to the street that turned the fashion world on its head, this step-back-in-time look at London revisits an unforgettable period.
June 30, 3.30pm; July 4, 7pm;
July 15, 6.15pm.
£10 | Various locations
backinthedaywalks.co.uk

This tour provides a fascinating glimpse into London’s past and present, transporting visitors through 150 years in just two hours, moving from London’s first Underground station to its most futuristic. Find out how the Victorians dug this network of tunnels by hand, spot the ghost station by the British Museum and, most importantly of all, discover the mysterious man behind the booming “Mind the Gap” voice.
Mon 2pm-4pm; Fri 11am-1pm
£20 | Meet outside Farringdon Tube
insider-london.co.uk

Get up close to east London’s vibrant street art scene. Knowledgable guides will take you to see all the best pieces from more than 40 artists. The art is dynamic and ever-changing, as older pieces are reworked or simply buffed away by councils to become a blank canvas. The tours are constantly evolving to incorporate fresh and exciting work for you to enjoy before they’re gone for good.
Tues 10am, Sat 11am, Sun 11am
£12+ | Meet outside Old Street tube, Exit 2
streetartlondon.co.uk

Two guides lead you around London, one of whom will tell lies at each stop and the other true stories about the location. Points are given throughout if you can outsmart the fibber and a prize is awarded to the winner.
Various locations, times and dates
£10 | londonstreettours.co.uk

This full-day tour is designed to give an insight into what’s on offer at London’s markets. Browse the stalls of up-and-coming artists in Spitalfields; search from crafts and alternative fashion in Camden; and watch street performers in Covent Garden.
Various. Starts at 10am
£40 | Meet near Covent Garden Tube
londonurbanadventures.com 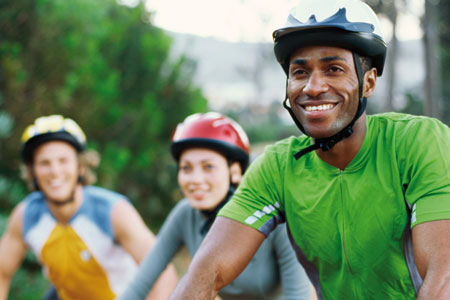 Legend has it that anybody who sniffs out all seven noses in Soho will attain infinite wealth. Find out about the myths surrounding them while learning about the history of the area and those who have frequented it.
Various dates and times
£8 | Meet near Covent Garden Tube
peterberthoud.co.uk

Spend 90 minutes discovering the lesser-known monuments and locations associated with The Bard, his work, and his family and friends with a walk led by a professional actor. Highlights include visiting the exact locations of The Bard’s London homes.
Various dates and times
£9 | Outside Blackfriars Tube
shakespeareguide.com

London is one of the greatest shopping destinations on the planet, but if the city’s size and scale leave you overwhelmed, fear not fashionistas! Urban Gentry has developed a walking tour to sate the thirst of even the most serious shopper, sharing industry insiders’ tips on the hottest neighbourhoods, boutiques and one-off shops London has to offer. There’s a selection of tours catering for the specific tastes, style and budget of every shopper, from East End chic to Mayfair luxury. The costis split between five people, so £33 each.
Mon-Sun 10.30am + 1.30pm
£165 | Various
urbangentry.com

London’s first bicycle tour company was established in 1992 and was so popular, it expanded to boast a bike hire company and repairs shop, too. The team are friendly, fun, relaxed and they know London inside out, making their tours, which take in the city’s greatest sights, fascinating and endlessly entertaining – as well as a great way to burn off a few extra calories.
Daily | 1a Gabriel’s Wharf, SE1 9PP
£19+ | Tube | Southwark
londonbicycle.com

This walk reads like a who’s who of the music hall of fame. Follow the careers of Hendrix, Bowie, The Sex Pistols and many more; pop into the pub where Rod Stewart and Ronnie Wood first met and marvel at tales of rock ‘n’ roll decadence. Glimpse the world-famous Marquee Club; visit where The Beatles first played in London; and where the Rolling Stones recorded their first album.
Fri 2pm-4pm | £9
Meet at Tot Court Rd Tube
londonrocktours.com

London is chock-full of buildings, but how much do we actually know about the architecture that surrounds us? From Art Deco and Baroque tours, to Olympic and Skyscraper tours – as well as everything in between – London Architecture Walks highlight the wonders of the city and the stories behind them.
£15 | Various
londonarchitecturewalks.com 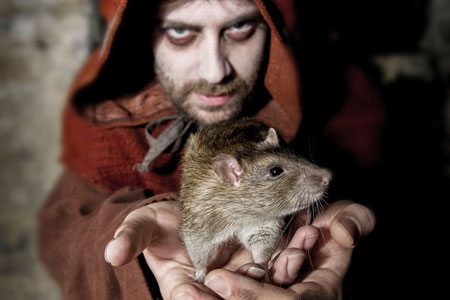 This latest offering from the folks at London Dungeon invites you on a stroll through the rat-infested streets and homes of Medieval London. Led by the resident “rat catcher”, you’ll learn about life in times gone by to the accompaniment of thousands of scuttling rodents who you may just come face to whisker with if you’re not careful. Nice.
Daily, £15+
28-34 Tooley Street, SE1 2SZ
Tube | London Bridge
the-dungeons.co.uk

Led by Donald Rumblerow, who is internationally recognised as a leading authority on Ripper, this tour follows in the footsteps of London’s most notorious serial killer and you’ll shudder at his bloodcurdling crimes. Step back into the late 1800s, where the Ripper would hide in the midnight shadows, from where he would strike, murdering East End prostitutes. Not for the faint-hearted!
Daily 7.30pm-9.30pm, £9
Meet outside Tower Hill Tube
jacktheripperwalk.com

Check out the locations that have featured in such films as Bridget Jones’s Diary, The Da Vinci Code, Sherlock Holmes and Harry Potter on this cinematic journey around the heart of London and discover exclusive behind the scenes facts and trivia.
Fri 2.30pm, Sat 10am, Sun 10am
£8 | Meet outside Temple Tube
britmovietours.com

Find out about the African contribution to London’s history on a tour that celebrates black presence in the capital. From loyalists and revolutionaries to equality fighters, these walks shed light new light on London’s culture.
£7 | Various
blackhistorywalks.co.uk

Admire the skill of London’s cultural creatives on a tour of the contemporary art scene, stopping at artists’ studios, galleries and project spaces. These bespoke tours are led by guides who are all professional, trained artists themselves.
Various
exhibit-k.org

Discover London from the perspective of a homeless person. Choose from five guides who’ll offer top-class stories and facts in the areas they represent – and they are paid by Sock Mob Events, which organises the tours.
£5+ | Various
sockmobevents.org.uk

Book Club Tours organises tailor-made literary tours around London and short trips further afield. Choose one from the selection of tours already on offer and alter it to suit your interests, or tell them where you’d like to go and what you want to discover, and they will create a bespoke tour to your requirements. Whether it’s a literary tour, a cultural walk or an historic look at the city, taking in World War I and II, there’s something for every interest.
Various | bookclubtours.co.uk

Want to Buy Your First Property in London? Here’s What To Do