From the brink: Interview with Local Natives drummer Matt Frazier

The end of 2011 and the beginning of 2012 was an odd time for Los Angeles band Local Natives. In many ways the Southern Californian band should have been feeling on top of the world. Their 2009 debut album Gorilla Manor had propelled the then five-piece band from the hilly suburb of Silver Lake into the indie-rock stratosphere.

In the space of a few short years, the band had gone from handing out grainy five-track demo tapes to thin crowds at late night music venues and DJs at community radio stations to touring the world. Their music was being bought, downloaded, played and shared as far as London, Tokyo, Barcelona and Sydney.

They had also, in many ways, come to be seen as the leading light of a city far better known for the successes of its rap and hip hop artists than its indie guitar bands. L.A needed its very own band much in the same way it needed its own NFL team or a functioning public transport system. Yet, even at the highest points of their professional successes, the band was suffering internally and came close to collapsing. 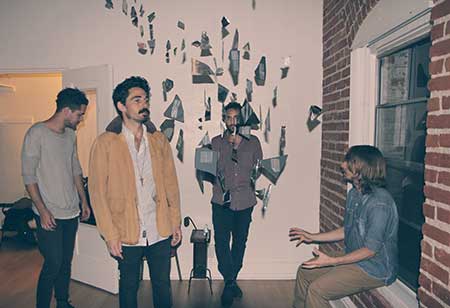 “Those [2011-12] days were definitely some of the toughest times we had gone through, not just as a band but also as individuals,” Matt Frazier, the band’s drummer says. Frazier is talking about two incidents that happened quick on the heels of each other that shook the band down to its very core.

Citing personal differences, Andy Hamm, one of the band’s founding members and bass player left the group in 2011. Then at some point in early 2012 (I didn’t quite have the heart to ask exactly when) singer/keyboardist Kelcey Ayer’s mother died.

While there was never any chance the band would split up, Frazier says that it was the music that helped the individual members heal. At the risk of sounding dramatic, it seems to have provided a chink of light at the end of the darkest of tunnels.

It also provided the impetus and the subject matter for the group to write its second album, Hummingbird, which was released in January this year.

“Writing the music of this record was a very cathartic experience for us. It [Writing music] is kind of the only way we can really cope with things, we surround ourselves with the music we make and so it naturally feels right that we would discuss the issues going on in our lives.” 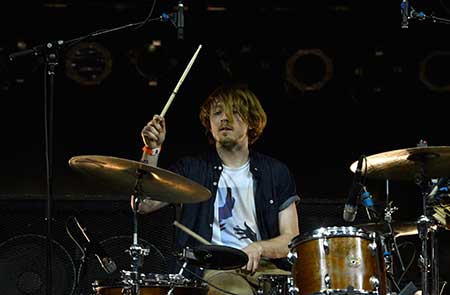 Compared to the catchy, breezy, sing-a-long tracks found on Gorilla Manor, the collection of songs found on Hummingbird are darker in timbre, more somber in tone and sadder in subject matter.

That being said though, it still has moments of beautiful colour throughout; the distant horns on opening track You & I, the syncopated drum samples and falsetto harmonies that float above the haunting Three Months and the wobbling, off-kilter sub bass notes that bind the otherwise disparate elements of Bowery together, to name just a few.

Frazier said that while context had a part to play in the different feel to Hummingbird, it is also a perfect example of the way the band’s sound has matured as a collective.

“They [Gorilla Manor and Hummingbird] are very different. I hate to use the term ‘darker’ but I can understand why people would throw that word around,” said Frazier, after a thoughtful pause. “Certainly in terms of subject matter there was a lot of heavier content involved. I think it’s just really interesting, a great evolution between where we were then and where we are now.”

It’s clear that this is a question Matt has thought about before because he adds, “Perhaps it’s [Hummingbird] not as immediate as some people would have hoped or expected from us, but I definitely think there’s a longevity to it that people are going to be able to live with for a long time after.” 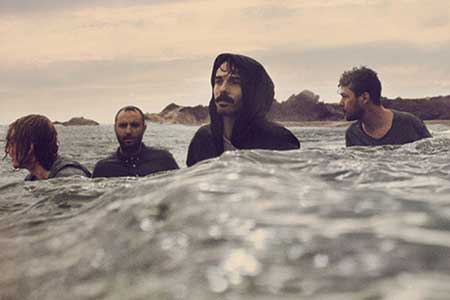 There is definitely a truth in that. Hummingbird is not simply Gorilla Manor 2.0, but the two albums aren’t completely separate entities either. Singers Kelcey Ayer and Taylor Rice’s voices still weave delicate and beautiful harmonies throughout, and at no point have Local Natives lost their ear for writing a catchy melody or hook.

The loss of one member forced the band to experiment during the recording process, as they still had to write for a fifth (albeit touring) member.

“The theme of the album writing and recording process kind of became ‘do things that you are uncomfortable with’, you know? We had to push ourselves to do things we’d never done before, to go outside of our comfort zone. It was hard at times, but ultimately very refreshing and different for us.”

The process was greatly assisted by The National’s Aaron Dessner, who bought the band across to the east coast to record the album in Brooklyn. Having toured with The National briefly – a band who are themselves known for making somber, yet strangely uplifting music – Dessner’s desire to work on the new album came as a welcome surprise to Local Natives.

“We got lucky that he was free, and he became hugely important to the process,” said Frazier. “It’s just great as a musician to work with a peer whose own work you respect and love just like any fan would.”

Frazier spoke to me from Sydney, where Local Natives were about to start a short three-gig tour in Sydney, Melbourne and Brisbane. When asked whether or not Australian audiences could expect the band would be returning some time later in 2013, Frazier couldn’t quite answer candidly, instead he leaves it rather open-ended. “We hope so,” he says earnestly. “We really hope so.”

That’s not a ‘no’ then. The members of Local Natives are all friends who have grown up making music together many years before they found themselves thrust into the spotlight. Yet their bond seems stronger now – sitting on the other side of all the tribulations they’ve been through in the last twelve months – than it ever has before.  “

It has definitely brought us closer together,” Frazier says happily. “Having completed this record, coming through that has definitely left us in a much stronger place.” It would seem then, that despite all the trials that have affected the band, music is once again the main focus for Local Natives. And we can all be happy about that.