Angus Stone is someone who is at odds with expectations. Assuming those record sales of around a million or more, the garlands of ARIA awards, and the cross-continental appeal would go to anyone’s head, Angus actually seems more concerned with the smaller things.

“Sorry I was late. A little bird flew into my house,” he says, sounding mostly awake. “He’s still in here flying around in circles. A beautiful little robin!” He points out that he’s currently on his farm in Byron Bay, sitting underneath a “lovely fig tree”. At one point, he realises he hasn’t really answered my questions eloquently enough and goes to switch off the generator that’s distracting him, muttering: “it’s killing me, I can’t think straight.” His world seems a lot more simple and humble than you’d expect a 26-year-old, popular musician’s life to be.

Renowned for the international hits he composed with his sister Julia, Angus has struck out on his own for a second solo record. This is his first album under his own name – his last was attached to the moniker Lady of the Sunshine, and included the indelible, slow-burning favourite, Big Jet Plane.

Broken Brights is the result of months of being on the road and snatching time to write and record where he could. Although it’s an album strewn with travel, being apart from the ones you love, and of experiencing new and wonderful things, Angus seems more concerned with a metaphorical or spiritual journey.

“I like to see this record as a motion picture. When I was writing and recording it, I was experiencing lots of motion and there was lots of pictures going on around me!” he says, tongue probably firmly in cheek. “These songs are tales of my adventures. Falling in love, falling into darkness, and experiencing the glow of life. It sounds really cheesy but all the pieces of my life came together on this.”

The wistful strains of mandolin and rustic violin open the album, threading folk roots through the heart of the album immediately. With banjos, acoustic guitars, and Angus’ soft, sleepy voice stirred in throughout, Broken Brights isn’t exploring new territory but continues to blend themes and emotional impact into ambiguity. 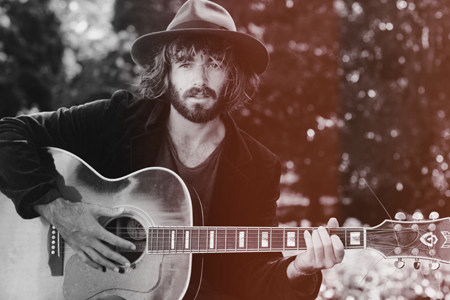 Which maybe accounts for that diversion from inbuilt emotional tonality – Angus’ songs sometimes sound sad, while making you smile. It’s best not to look too deeply into why, but it appears he’s more than aware that his feelings only slightly sway the songs he conjures. It’s actually a skill or an art to pull away from the major and minor mindset. This can make songs sound a little lost – or lightweight – but Angus’ use of texture, of percussion, of simple counter-melodies, means you can wander through his simple tunes and get lost in them yourself instead.

“Some of the songs and where they came from, that overwhelming feeling is that there’s a lot of hurt in relationships I’ve had and decisions I’ve made and I guess those songs are a reminder of that. But, you know, the great thing is the songs remind me of everything that is beautiful in life when I play a show,” he says.

“While singing these songs, I’m going through a whole plethora of emotions and it’s cool as well because the song doesn’t always have to be bottled with that same feeling. It changes over time because you’re growing with the song and the meaning changes. You can adapt it to a new experience, a new chapter in life.”

The title track is far more directly sombre – eerie and shaking like Justin Vernon’s cabin fever – and hints at the darkness underlying Angus’ work. His description of his feelings on stage, as a celebrated live performer, is not only familiar, but highlights how seriously his own performances affect him.

“I grew up in a family that was very ‘don’t hold back’. Sometimes I walk off stage and I don’t even know what has happened. I’m in this strange dream where I’m letting everyone know, opening up something of myself and then it’s over in a second. That’s what I feel like.” 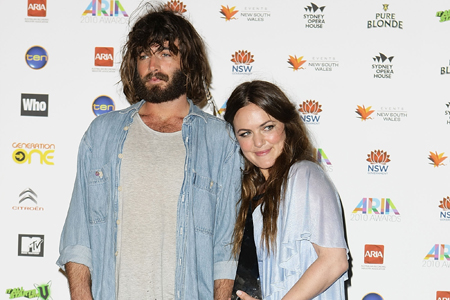 It would be accurate to describe it as falling into an abyss, and waking up afterwards knowing that your journey was not merely enjoyable, it was vital.”

“I love Australian festivals. It’s a bunch of kids, families, lovers all getting together and forming this big swirl of energy and the music is the lynchpin holding it in place. It’s really cool. A lot of my best nights have been after we play, and I go out and hang out with people you’ve shared this time with. Festivals can take you to many different places.”

Homebake was actually one of the first festivals a young Angus played and enjoyed the benefits of being an artist – particularly the rider, which he remembers indulging in fondly. As to whether his music represents the traditional Australian bill of Homebake, or even flying the flag for Australian music around the world, he’s a little more reserved on giving a straight answer.

“It’s hard to say whether I’m reflecting Australian music or not. Music has this universal language where it doesn’t matter what the words are. It’s the feeling people are getting. They understand that someone on the other side of the planet is feeling these things. I don’t know if that’s what an Australian song should do or not but whatever it is, I’m glad that more and more people seem to relate.”

Humility would’ve been the last thing you’d expect to attribute to such a beloved songwriter but alongside his love of nature, his laid-back intensity, his almost bashful acceptance of where his life has taken him, it makes his deeply personal songs even easier to relate to.

Top 8 things to pack to ensure a quick getaway

That was awkward: As KRudd shares his shaving tips on Twitter, TNT looks at other Aussie politicans’ cringe-worthy moments