Germans threw a massive party in the middle of the autobahn (motorway) on Sunday. More than 3 million people turned up to eat, drink and dance where usually cars hurtle by at 100 mph.

40 miles of motorway was closed between the German town of Duisburg and Dortmund for a party to celebrate the Ruhr region. 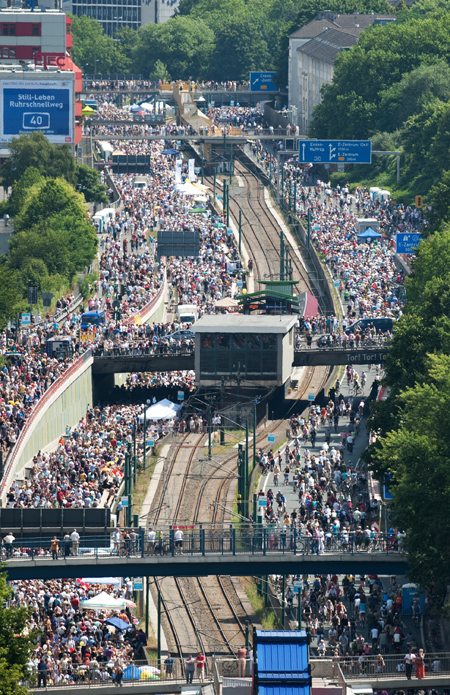 Pedestrians, cyclists, skaters and picnickers took over the road for the “Still Life” party. 20,000 tables were set up on the motorway with organisers calling it “the longest banquet in the world.”

One party goer said: “This is fantastc. I grew up right next to the A40 and still live close to it. It’s great to see it now without cars but with so many people and so much cultural variety.”

The event is a highlight in the Ruhr 2010 European Capital of Culture festivities, which has seen Germany’s rust belt region transformed into a hotbed of the arts with hundreds of concerts, plays and exhibitions planned throughout the year. 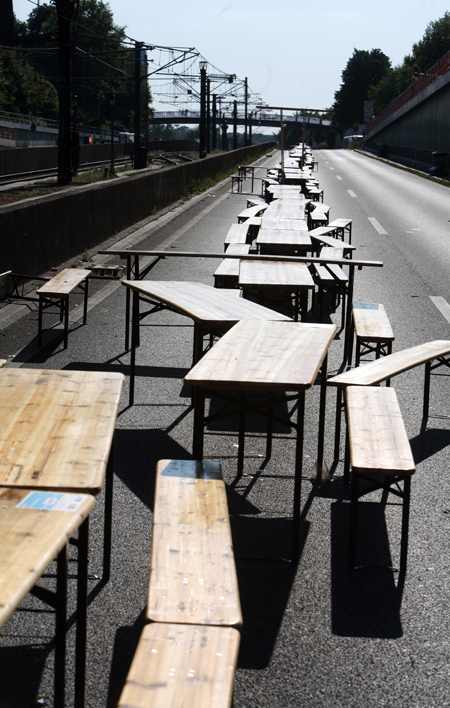 Hired hitman fell in love with victim before faking her death