Since Paul The Octopus reached worldwide fame after successfully calling the results of World Cup 2010 matches, different animals are being wheeled out with each tournament, forced to give punters an indication of where to lay their bets.

However, Yvonne the cow, Kasimir the alpaca and Xaver the bulldog have upset the country’s Tierschutzbund group, which is worried animal oracles had been overused during the tournament. 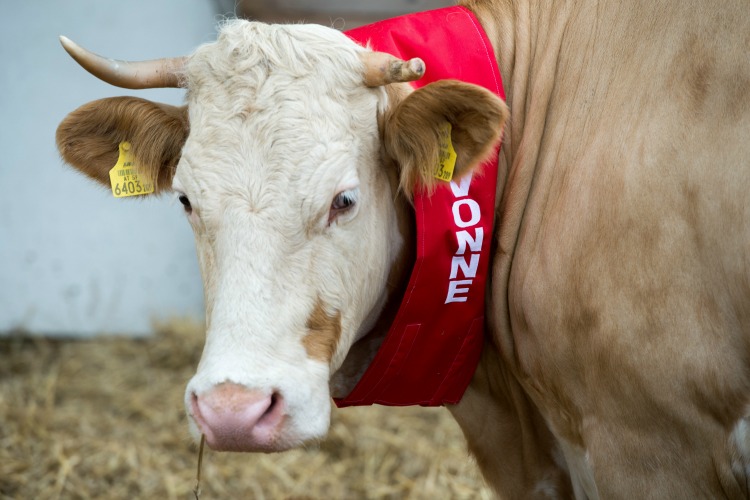 It says using animals as psychics threatens the dignity of the creatures.

Marius Tunte of Tierschutzbund told the BBC: “These days, everybody who has an animal seems to put it in front of a camera.

“Every station has its own animal.”

Tierschutzbund is particularly concerned about an internet radio station that used a python called Ado.

Other animals showcasing their ‘psychic skills’ include Funtik the pig (above), Ferret and Mormel the Otters, and Traudl the goat, who has landed a job at a Bavarian radio station.

All washed up: ‘Sea monster’ corpse washes up on New Zealand beach

Beat ‘Blue Monday’ with these treats…

Ski on the cheap