If last year in London was the year of the athlete, then 2013 is shaping up as the year of the rock ‘n’ roll star, with all manner of rock gods, punk upstarts, alt-kings and rapidly rising newcomers ready to take to the city’s stages.

Up first on our rundown of the must-not-miss shows are alt-rockers Biffy Clyro.

Making the step up to festival headliners last year with their main stage triumph at Download, they had previously been hunkered down in Los Angeles for the best part of two years, writing and recording their sixth album, this January’s double disc Opposites.

“Basically the remit was that nothing is too crazy or mental to try,” drummer Ben Johnston recalls of the no-holds-barred approach that went into the ambitious LP.

Mariachi bands and bagpipe refrains abound as they took this mantra and ran with it.

“The real challenge is doing that while maintaining the sound of the band and the identity you’ve built up over several records,” adds his brother and bassist James. 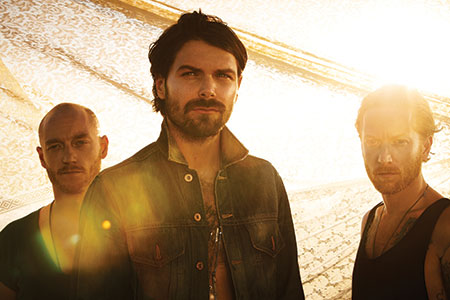 The boys from Ayr, Scotland, made a name for themselves with jagged, time- and key-switching records before fifth LP, Puzzle, in 2007 saw them embrace a more mainstream sound – a British Foo Fighters, in a way.

They followed this with Only Revolutions (2009), with Opposites closing out their trilogy of big rock records and hitting the number one spot in the UK album charts, too.

“They are very personal [records],” says frontman Simon Neil, of the intimacy behind the arena riffs.

“They’re about discovering what life is about – all the highs and lows of what being an adult entails. But you have to keep giving yourself new challenges.

“Even when Only Revolutions came out, if you said we’d make a double album next I’d say that’s ridiculous. You never know what life’s going to throw at you and inspire you to do.”

Fittingly, to close this chapter they play their biggest ever London show at The O2 and will headline the Reading and Leeds Festival in August, too.

While rock behemoths including The Boss and The Stone Roses will be taking turns rocking London’s crowds as well, there are smaller shows you’d be a fool to miss. 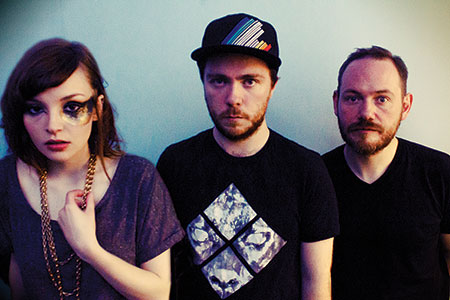 Chvrches are one act you’ll be hearing more of in the months to come. Formed in 2011, the synth-pop trio – Lauren Mayberry, Iain Cook and Martin Doherty – found the kind of immediate fanfare and acclaim that comes around rarely, and in their case it is deserved.

“We just put it [debut single Lies] out as a preview track or a free download to test the water and see what people were thinking and it grew from that.”

Follow-up single The Mother That We Share became as furiously embraced as their first.

They then graced the BBC’s Sound of 2013 list and their under construction debut album is one of this year’s most hotly anticipated.

They’ve an upcoming show at Village Underground, are at Field Day and will be cropping up on festival bills over the next few months. 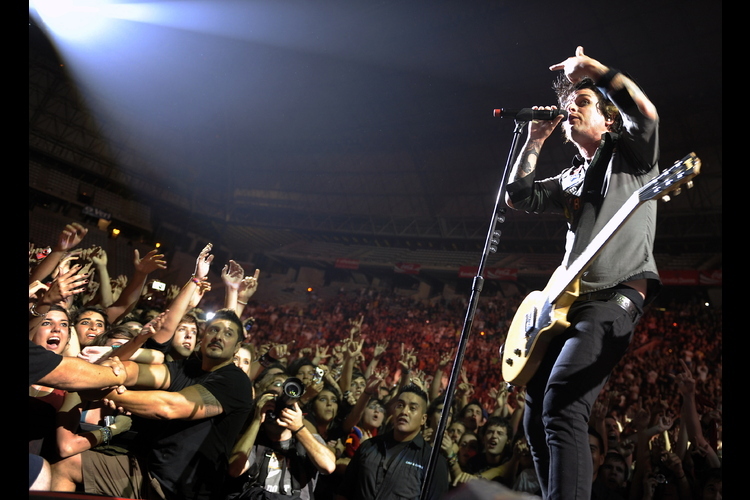 Frontman for the San Francisco punk rockers, Billie Joe Armstrong, stormed off stage at a show in Las Vegas last year because, he ranted, everyone thought he was just another Justin Bieber (or something like that).

He’s sorted his shit out though and is now back on the road with Mike and Tre.

He will stop in town for this London mega-show in support of last year’s trio of new LPs, Uno!, Dos!, Tre!. You can bet they’ll throw in a couple of old Dookie and American Idiot faves, too. 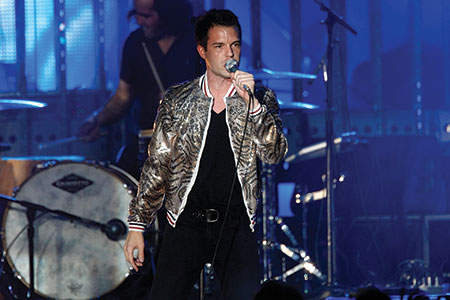 The Las Vegas boys burst out of the blocks with their world-conquering debut, Hot Fuss, went all E-Street with follow up Sam’s Town, and it is the open road rhetoric and chest-thumping anthems of their sophomore that latest and fourth LP, Battle Born, is closest to.

Dntel’s Jimmy Tamborello and Death Cab For Cutie’s Ben Gibbard (above) made 2003’s electro-pop Give Up by sending recordings to each other (hence the name) unaware they were making a soon-to-be bona fide classic.

Adored then, revered now, they’ve got together to celebrate its 10-year anniversary with a handful of shows.

This could be the first and last time to see the Service live.

Half of techno legends and Olympics-soundtrackers Underworld plays this sure to be sublime show in support of his debut solo LP, Edgeland. 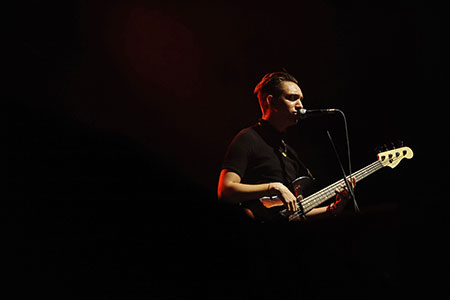 The xx – Osterley Park and House

Mercury Prize winners who followed up their victory with an even more beguiling sophomore LP, Coexist, and dodged the award’s short-lived success curse (Klaxons who?).

This is the third of three events (after Lisbon and Berlin) they headline with an all-day line-up.

It was the reunion everyone was waiting for.

The elusive new material’s still out of reach, but that’s not really what we want to hear anyway from the kings of baggy. 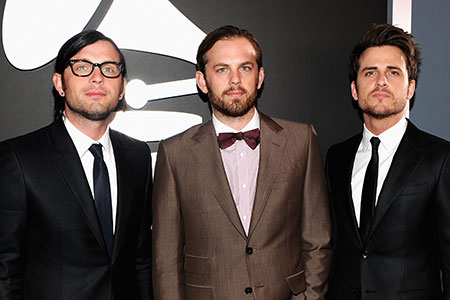 The southern rockers who shaved their beards and immediately went interstellar huge (we’re not saying the two are connected) play these two shows after a two-year hiatus – their last record, Come Around Sundown, was out three years ago.

They should be suitably pumped then. 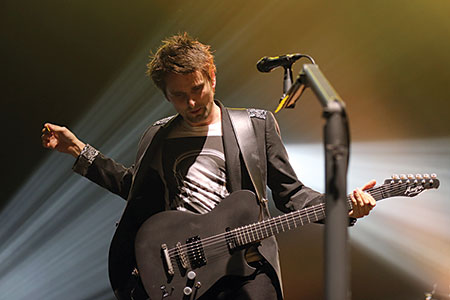 Back in their angsty early days, it would have been hard to imagine these three Devon lads as one of the planet’s biggest bands – but that’s what they are.

Latest LP The 2nd Law is full of their epic stadium rock, with a few tweaks and flourishes round the edges to keep it fresh. 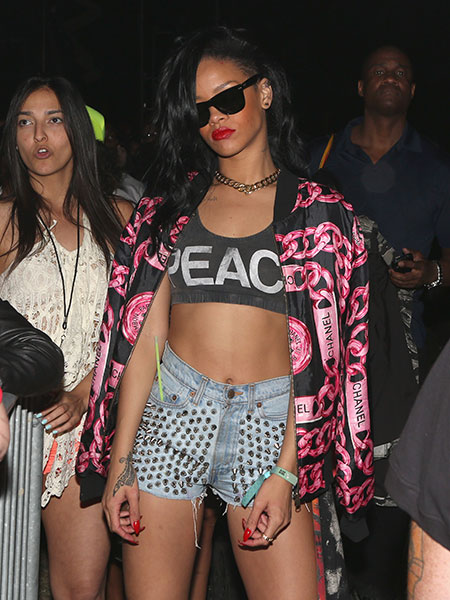 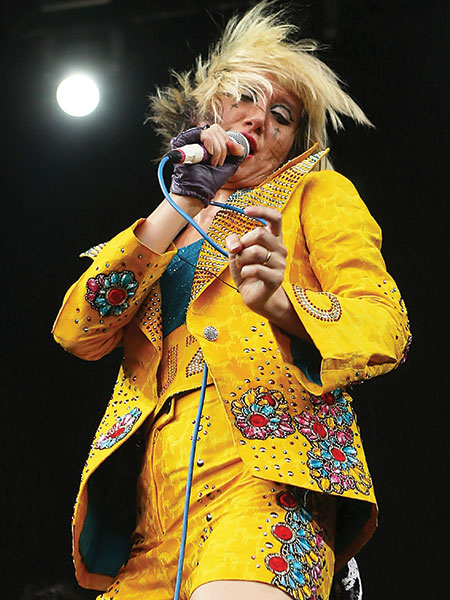 The New York art-punk-rockers, lead by trailblazer Karen O (above), have been away too long.

Fourth album Mosquito is out April 15, and they head up the massive line-up for the first day of two ATP I’ll Be Your Mirror all-dayers at picturesque Ally Pally. 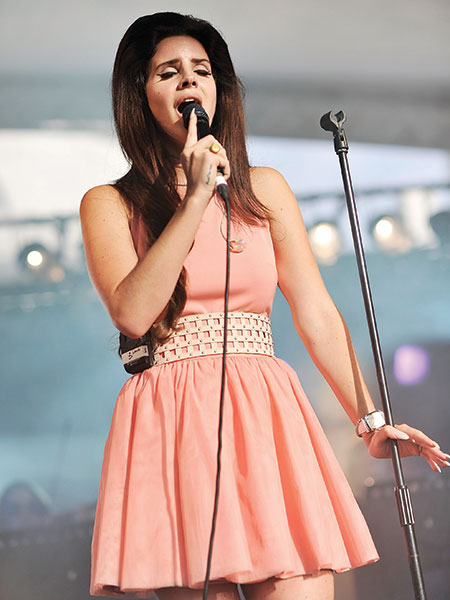 She went mega instantly with her sultry, dangerous single Video Games, then followed it up with a stunning debut album, Born To Die, and proved  to everyone she was more than just a pretty picture with a load of shows last year.

The boys who made electro music dark and sexy have outlived their Eighties contemporaries, evolving into a perennial stadium electro-rock act.

Expect Personal Jesus, Enjoy The Silence and more. We just can’t get enough!

Eric and Albert have been putting on legendary shows together for donkeys years – expect epic back catalogue-dipping sets, special guests and totally ninja guitar skills. 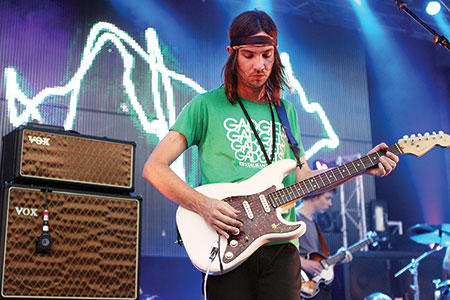 Psychedelic-rock is a tough thing to do in 2013, especially when everyone out there is discovering their own inner love of Eighties synths.

But Perth superstars Impala do it with such verve they’ve quickly become one of the most distinct, exciting bands of the moment. 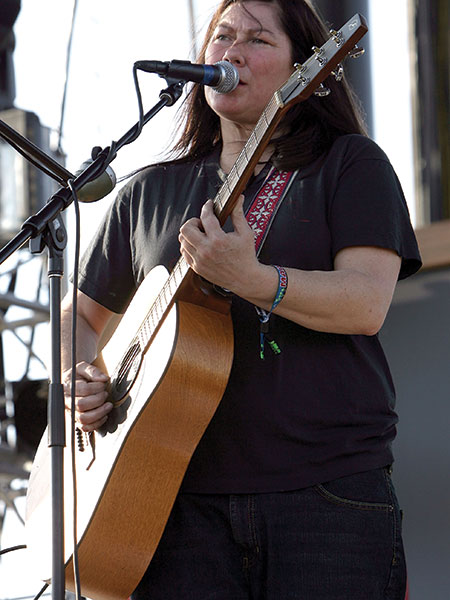 The Breeders – The Forum 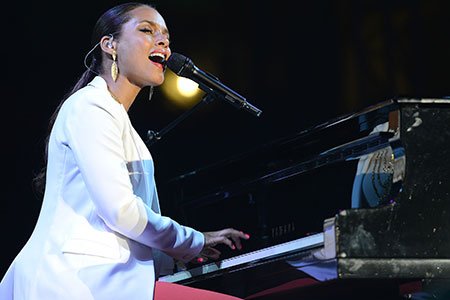 She’s played for President Barack Obama, got 16 Grammys at home on her mantelpiece, dueted with Jay-Z and possesses one of the finest, most beautiful voices that has ever graced the planet.

When she sings, you take notice, as thousands will over the course of her two-night London residency.

Anything Ian Brown and John Squire can do, Shaun and Bez from the Mondays can do just as well.

Reunited, touring the old tunes, their autumn gigs last year went down so well they’re doing it again. Time to get that Kinky Afro on!

Noah and the Whale – Palace Theatre

The other nu-folk band to come out of south London, Noah and his cohorts play this fancy-pants West End show drawing from their three-album career, including 2010’s Last Night On Earth. 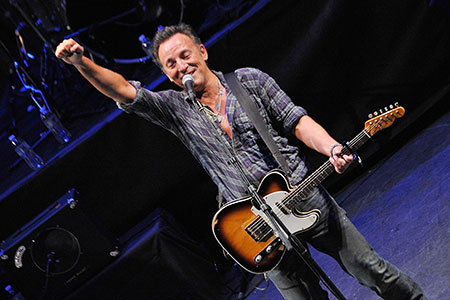 Unfazed by having the plug pulled on his Hyde Park show last year, Brucie returns to the UK with his E Street Band for two shows, at Wembley and the Queen Elizabeth Park, the latter rechristened from the Olympics (June 30).

The torch bearer for arena rock, there’s a reason why he’s called The Boss. 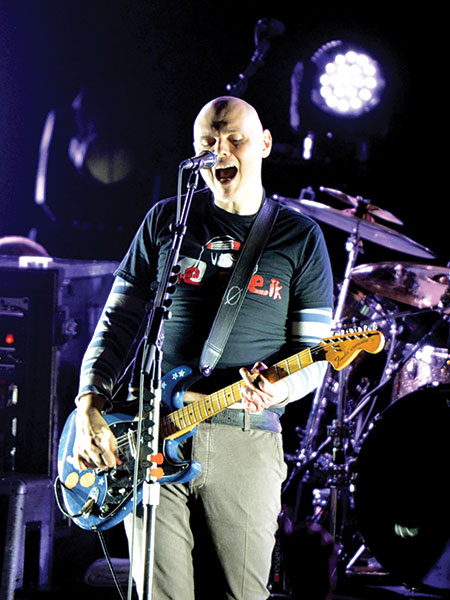 There’s only one original Pumpkin left, Billy Corgan, but at least it’s the one who matters.
And when he’s tearing into Bullet With Butterfly Wings who gives a shit?

The Vaccines – The O2

From ‘next big things’ to ‘very big things’, the foursome have climbed quickly, and they duck into Greenwich’s little old dome to show off their indie-rock tunes from their debut, What Did You Expect From The Vaccines, and its follow up, Come Of Age. They like career commentary.