Gimme my sugar: Mosely says ‘pay up or I’m going home’, Mundine calls him a ‘sooky American’ when he goes home

This time the build-up was muted, with Mundine professing great respect for his opponent, Shane ‘ Sugar’ Mosely, set down for Wednesday night at the Sydney Entertainment Centre.

But after the fight’s promotor, Los Angeles-based Vlad Warton, failed to stump up the $1m Mosely’s camp had negotiated ahead of the bout, the American was on the plane home.

Mundine is due to give a press conference about the no-show, but the prevailing reports and a statement from Golden Boy Promotions said contractual obligations weren’t met.

“I’m very disappointed with this turn of events, because I was planning on making a big statement by beating Mundine,” said Mosley in a statement.

“But I was left with no choice but to withdraw. The fans in Australia have welcomed me with open arms, and I hope to return to fight for them one day in better circumstances.”

The price seems steep, given Mosely’s going rate in the US is a quarter of the $1m.

But with Mundine’s fingerprint in the States barely able to mark wet sand, and Mosely’s opponents including Floyd Mayweather Jnr, Manny Pacquiao, Saul Alvarez, Oscar De La Hoya and many more, he didn’t need to fight the Australia – hence the whopping demand.

Aussie champion Jeff Fenech put up the first $300k, months ago when there were fears the fight wouldn’t happen due to cashflow problems. 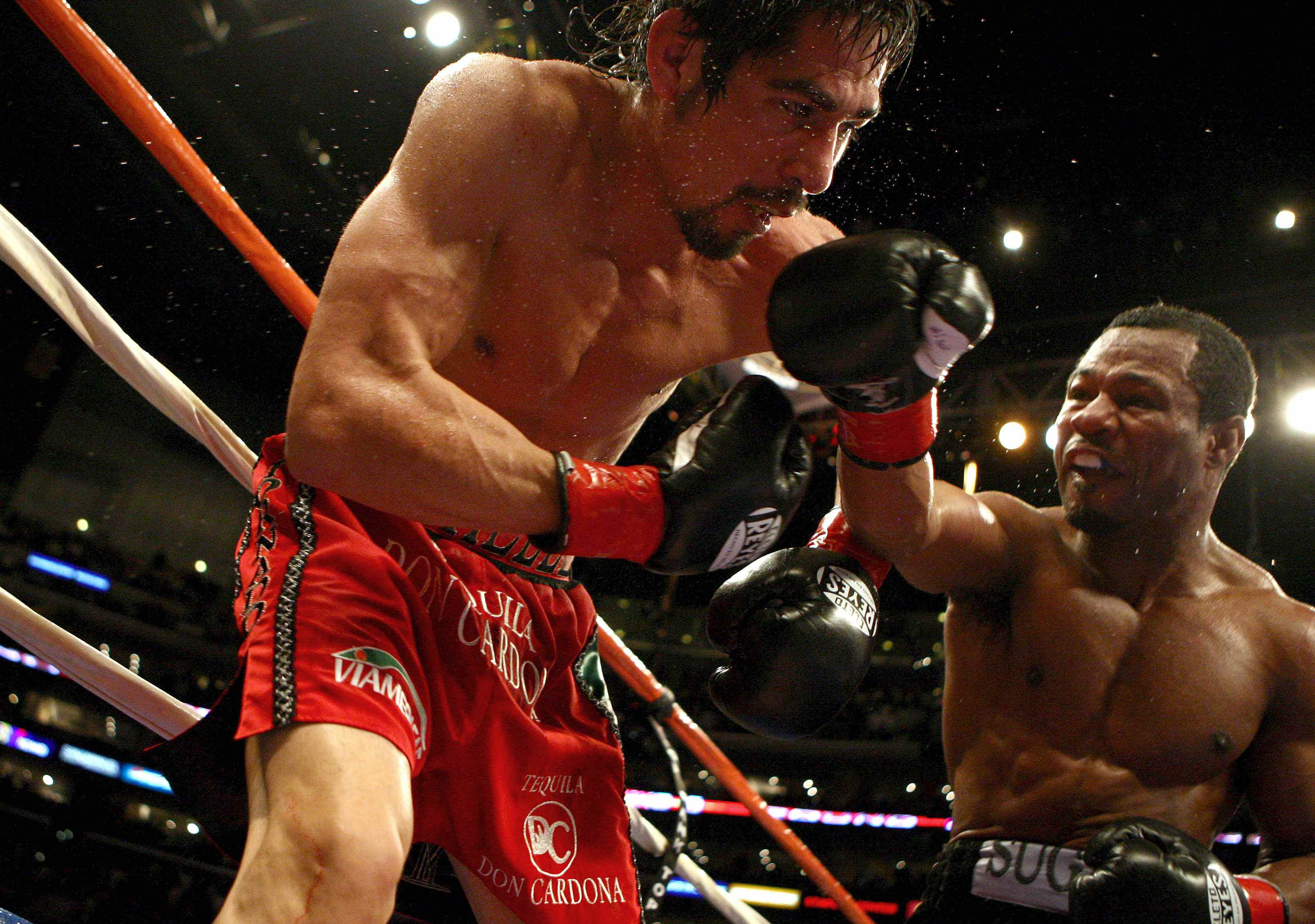 “I can’t believe this has happened,” Mundine was quoted saying in the The Daily Telegraph. “I wasn’t told until 10 o’clock last night.”

He also said: “It’s a classic case of a sooky American.”

“To want to be paid a million dollars before a fight is beyond demanding, but it’s what these big names want.”

Reports have said only 1500 of the 9000 tickets for the Sydney Opera House had been sold, although this was disputed by the promoter.

There are also reports that Main Event, the broadcaster of the bout, made a last minute bid to keep the fight alive by digging into its own pockets.

Mundine’s last fight was a loss to Daniel Geale, a fight that was supposed to be a stepping stone to the likes of Floyd Mayweather Jnr, had he won.

Three of the last fights in Mosely’s 56-fight career have been losses to Mayweather Jnr.

ANZAC Day in pictures: Lest we forget those who served and died in all theatres of war