Giving back this Xmas: Volunteering at London charities this Christmas is a great way to lend a helping hand

“Welcome to the North Pole,” smiles a woman who’s doing the work of a Christmas elf. I’m inside a top-secret building in London where more than 30 volunteers are furiously wrapping Christmas gifts in brightly coloured paper.

There are boxes stacked everywhere – if the helpers were wearing green pointed hats, the Santa’s grotto theme would be complete. But, among the festivities and frivolities, there’s a serious message.

With Christmas being the season of goodwill, more of us are turning to doing good, instead of pigging out in front of the TV and slugging one too many sherries.

So I’m giving up my time to make sure 4000 children – who may have been involved with drugs, exposed to violence, sexual abuse, poverty, gangs and prostitution – receive a nicely wrapped present on Christmas Day. A worthy cause indeed. 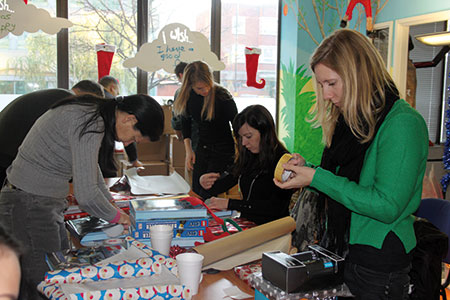 “Some 36,000 kids are currently being helped by Kids Company,” she tells us, adding that anyone putting their hand up to help at this time of year “makes a huge impact”.

Through street centres, a therapy house and services in schools, Kids Company aims to create a safe, caring, family environment.

And each volunteer project, event and method of support – whether creating food hampers, mentoring, taking kids horse riding or helping them express themselves through art – is tailored to the needs of the individual.

Operations manager Jeremy Stone says: “These kids might be living in poverty, often without basic provisions, and suddenly they’ve got a month’s worth of presents to play with. It’s a supportive network – we help these children feel safe.”

Along with simple but effective projects, such as wrapping gifts, Kids Company runs other activity sessions and schemes that volunteers can join throughout the year.

Colour A Child’s Life is one of them.“We decorate a home that’s in need, do painting, [assemble] flatpack furniture and lay carpets,” Kubinsky explains. 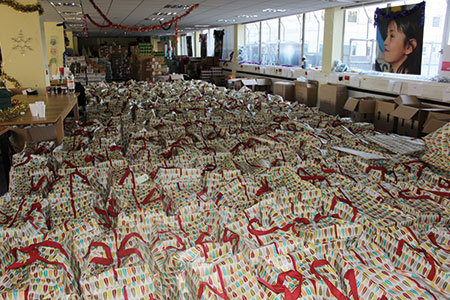 And the benefits aren’t a one-way street – the sense of satisfaction volunteering brings is second to none, she adds.

“It’s an indescribable feeling working with Kids Company; you get this warmth inside,” she smiles.

“When the families come home after a Colour A Child’s Life scheme, and you see the reaction from the children, you know you’ve made a difference.

”With so many worthwhile projects vying for your attention in London, it’s difficult to decide which to dedicate your time to.

Often there’s an emotional connection. Matthew Connolly, a volunteer for Samaritans, knows this more than most.

“Christmas is often a period of joy and festive cheer for many people,” Connolly, 26, says.

“However, for some groups, this is not quite the case.

Four years ago, I didn’t have a reason to live, or a reason to get up in the morning,” he explains.

“My life simply consisted of eating very little, attending a job that I hated, sleeping a lot, and then waking up to do the same again the next day.” 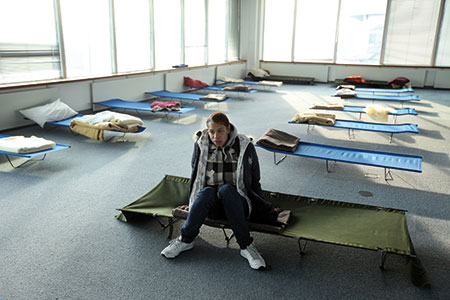 Connolly believes that in the current economic climate, homelessness, crime and unemployment are especially prevalent and many are suffering, undiagnosed, in silence.

“Depression and mental illness to me at that time was something only weirdoes had,” he says.

“I didn’t want to be tarnished with that brush, so I chose to do nothing about it.”

Instead, he turned to drinking heavily and drugs, taking ecstasy at the weekends.

At rock bottom, he stumbled upon the Samaritans. “What did I have to lose?” he says.

The councillors offered invaluable support and advice, and four years on, he’s swapped drugs for music, a career in teaching, his own business and volunteering.

Connolly is now a trained Samaritans listener and helps others who find themselves in a position similar to the one he was in. 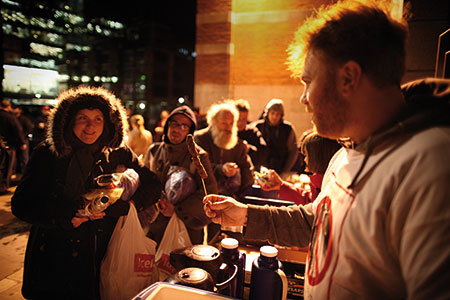 Once you find a project that you believe in, and you enjoy helping, it’s likely that will become something you commit to doing for life. Londoner Harriet Sinclair, 29, helps Crisis, a homelessness support organisation (crisis.org.uk), every year.

“It’s nice to be able to give something back. Homeless charities strike a chord with me because the concept of a ‘home’ is really important to me,” she says.

Two years ago, Sinclair volunteered at a Crisis at Christmas soup kitchen, serving food to hundreds of people, handing out clothes packs and washing people’s feet.

“Many homeless people are ignored in the street. It’s easier to look away than acknowledge them,” she explains.

“At shelters and soup kitchens volunteers actually speak to them and treat them like human beings.”

And she has set up WinterBoxes2012, a programme that involves collecting shoeboxes filled with donated “winter survival essentials” such as soap, a toothbrush, gloves and food.

She distributes these to as many of the estimated 5600 people sleeping rough in the city, and those who are ‘vulnerably housed’, as she can.

“When we’re moaning about how cold it is, we’ve actually got somewhere to sleep at night,” she says.

“I know I’m not saving the world, but if I can make a difference to at least one person, it’s all been worth it.” 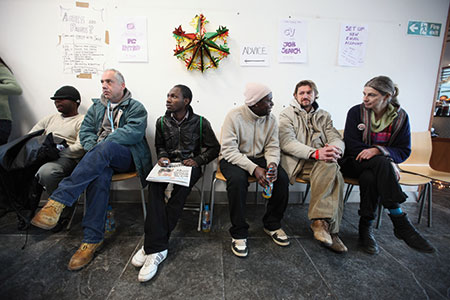 No time to Volunteer? Give a Charitable Christmas gift instead

This charity supports trainee healthcare workers in Malawi. They’re offering Christmas gifts with different donations of £10 (which will provide students with books), £20 (will provide them with equipment) and £40 (to sponsor a student). In return (as well as feeling good), you get a bag, a special pen or a certificate.

Adopt an animal in someone else’s name. You have the option to choose between different animals including tigers just like Kamrita, one of the last 150 tigers left in Nepal.

You could also adopt giant pandas, polar bears, bottlenose dolphins and orangutans by giving a monthly donation of £3, £5 or more to WWF.

This leading homeless charity is offering the chance to purchase Centrepoint Virtual Gifts on behalf of your friends and family for a young homeless person.

From £5 up, Centrepoint will choose a suitable present – such as a meal voucher, study kit or toiletries – and make sure it’s under a tree for them on Christmas day.

Mango Tree Goa is a small UK-based charity which helps support young disadvantaged children in India who may be living in slums or other poor conditions.

You can donate on behalf of a friend or family member, and the recipient will send them a special thank you card.

Can the Aetherius Society save Japan?

Tickets go on sale for the Brazil World Cup