The selfie taken by team-mate Brooke Peris has gone bananas on social media after it was posted on Taylor’s account.

A perfectly adequate selfie in its own right, with two members of a team which began its gold medal defense in mighty style including Peris, the cousin of Olympic hockey and Commonwealth Games athletics gold medallist Nova Peris.

The royal seal was added though when Queen Elizabeth arrived right on cue to complete the image. 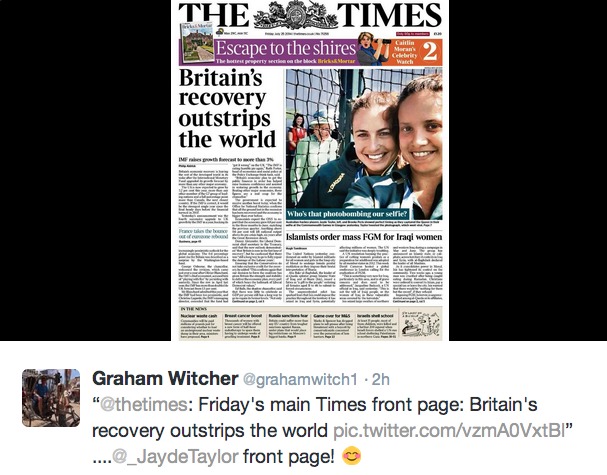 The Queen had met the Hockeyroos after the match on the opening day of the game and appeared to smile when she realised she was in the frame.

The image has been retweeted thousands of times and even cracked the front page of Friday’s The Times in London.

Images by Brooke Peris via Twitter/@_jaydetaylor

Places to Party in Europe For Under £100 Return