Crime at Glastonbury Festival 2010 fell for the second year running, according to police.

Most crimes were of thefts from tents, followed by drug offences.

This is a big turnaround from the wild old days of Glasto when punters would climb over the fence and thefts were rife.

In 1993, the Pyramid Stage burned down, a man was shot and another was found dead of an overdose. 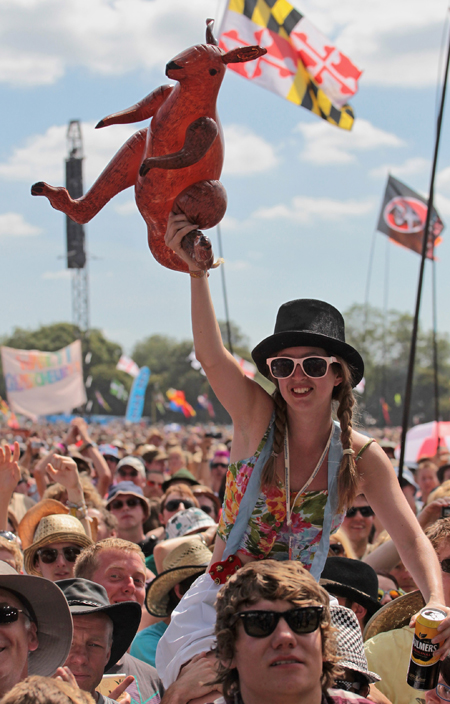 All My Sons – theatre review

Lucie Pohl Cry Me a Liver