Gonna try and give you up: Lifestyle feature

Rejoice, for he is… nearly risen! We’re in Lent, a time for sacrifice, fasting, contemplation and prayer for all you believers out there. Not me, though. Just a normal month for me, gorging from sun up to sun down, wallowing in my own crapulence, that sort of thing.

Still, from time to time even I feel the winds of change blowing cold from the south and try – or at least think about trying – to change my lifestyle. Call it divine intervention or a pre-cirrhotic hallucination, but my periodic vows are all made the same way: with a heart unburdened by guilt or fear.

Never again shall I drink or smoke. No more shall I ingest, snort or swab. Nor shall I feast on the succulent flesh of the swine, the bloated carb of the french fry or the Swedish equine meatball. Of course it never sticks, but it’s a bit like buying a present for somebody: ultimately it’s the thought that counts. Throw some money at it to make it go away… They’re all good causes anyway. 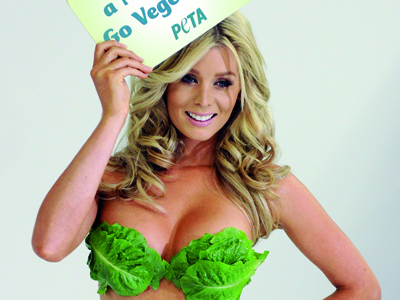 You can make friends with salad

I went out with a vegetarian once. Every time I ate meat in front of her she’d look at me over her black-eyed peas with a kind of smug, self satisfied look on her face. She never said anything to me, but I knew she was judging me, always judging me. After we broke up I vowed to eat one of every animal Noah ever saved on his Ark. The attempt was a failure… And gave me indigestion. Too much red meat is bad for you! It’s a scientific fact like global warming, evolution or the Big Bang. Not to mention the questionable means by which human beings farm, house and kill the animals they turn into food (we all saw that 60 Minutes abattoir story). So between the 18th and 24th of March dive into your veggies, fruit and cereals and lay off the poultry, pig and humble bovine. Your insides will thank you, as will the cows. 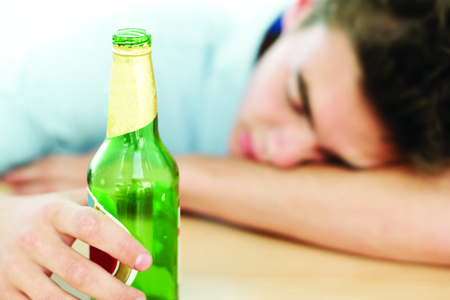 When the Chivas runs dry

Alcoholism. You’re watching TV one night by yourself and you think ‘what the hell, I’ll have a little glass of red wine. Just a nightcap’ and the next thing you know, you’ve come to lying naked in a pool of someone else’s vomit by the side of a desert highway somewhere south of El Paso. It happens to the best of us! Seriously though, the Australian government believes that a substantial portion of the population drink alcohol at a level that negatively affects their health on a regular basis. Indeed scientists and health professionals have worked out that daily alcohol consumption of anything over four standard drinks is considered unhealthy. Which is scary considering that I’d consider that breakfast on a long weekend. I’ve always wanted to do a Dry July (1-31st July), but I’ve never had the stones. In fact the idea of giving up alcohol for a whole month offends me, and so is probably indicative of just how dependant on it I am. So, dear readers, don’t be like me, give your liver a rest this July. I’m going to go and Google AA meetings in my area right now. 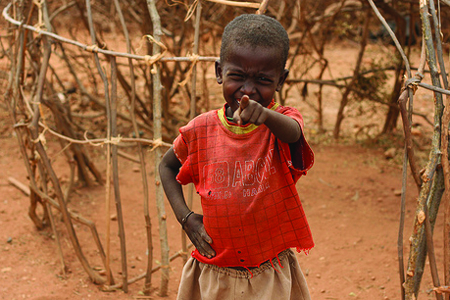 One of the most noble of the fundraising causes in my opinion is the 40-hour Famine (16-18 August) which is an initiative of the wonderful World Vision Australia. World Vision are the people who devote their lives to trying to help poverty stricken families in third world countries get basic food, clean water and even an education. I know it’s a crazy dream of theirs – that all children should be able to eat decent food, drink clean water and be able to read and write but it’s one I share with them. If you don’t want to fast for 40 hours then sponsor someone who will! 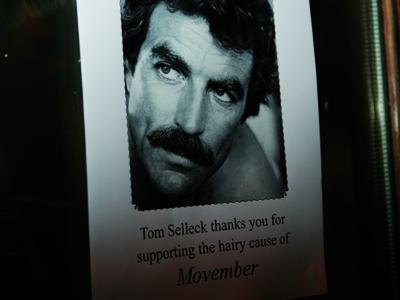 Movember. My least favourite month. Despite my Serbian heritage I have never, in all my 23 years been able to grow a moustache or beard. My father abhors moustaches, but every November out of spite he grows one in; thick, dark and rich like an Afghan carpet. He hates it, but he knows I hate it more. The concept of growing moustaches to raise money for charity was started by a group of guys in Adelaide in 1999 and has since gone on to sweep the world. While the original Movember crew were growing face fungus to raise money for animal shelters like the RSPCA (“growing whiskers for whiskers”) the concept really caught on in 2004 when it became about raising money for men’s health issues like prostate cancer research and depression charities like Beyond Blue. Despite my general feelings of despair and envy that crop up every year around Movember, I would take part if I could. So all you hirsute men out there, sculpt a Mo’ in my stead! 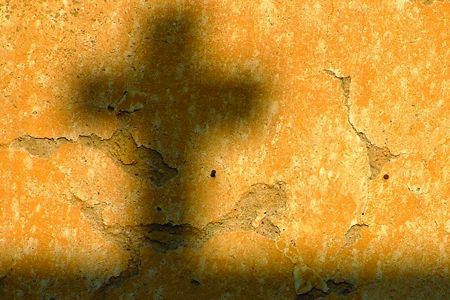 Everybody do the Quadragesima now

The original, and still the most holy, Lent (or Quadragesima in Latin. It says so on Wikipedia, so it must be true) is an ancient, Christian tradition of penance, fasting and prayer in the 40 days before Easter traditionally beginning on Ash Wednesday (March 9) and ending on Holy Saturday (April 23). While the dates may change every year, the age old tradition still runs strong in those of the faith. Even if you’re not necessarily a God botherer, most of us could afford to miss a meal or so a day. In fact I have my very own version of Lent which takes place in the last few days of every month. It’s called the week before payday and it involves a lot of wailing and soul searching… From my parents mostly, wondering why they ever had a son in the first place.

Lent (as of yet) doesn’t really have it’s own website.

The best of South Africa