“Joyville” workers placed themselves in Cardiff, Liverpool and Manchester, armed with Olympics tickets to give away to a deserving person.

One Joyville worker pretended to accidently drop his suitcase, his belongings flying everywhere. When a man stopped to help him collect the scattered items from the street, he was rewarded with Olympics tickets to the 100m Men’s final.

“When I saw a guy in the street drop his suitcase and the contents scatter everywhere my reaction, as always, was to go over and lend a hand,” said the kind-hearted helper, who was also rewarded with some Cadbury chocolates. 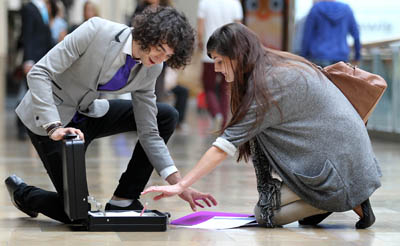 Cadbury is the Official Treat Provider of the London 2012 Olympics and Paraolympic Games. They have hosted multiple Olympic ticket give-aways, including a Willy Wonka-style Golden Ticket giveaway, where consumers had the opportunity to win one of 1000 daily prizes.

“I’m so incredibly excited, I can’t believe I’ll be going to the Olympic Games!” said one of the winners. 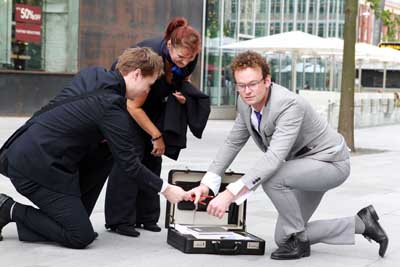 At my whit’s end: Sailing the stunning Whitsundays

Whose Line Is It Anyway? returns to the UK

Aussie tobacco sales increase – despite the introduction of plain packaging