Pacific Coast Highway (California Route 1)
An easier, but just as rewarding road trip, the Pacific Coast Highway runs from Leggett, in California’s redwood country, to Dana Point, near San Diego in the south.
If you take the trip in summer, it’s perfect weather all the way, as you cruise between dreamy Californian cities with the wonderful Pacific Ocean as your backdrop.
At just over 600 miles, this is still quite a drive, but with Big Sur, San Jose, Ventura, Malibu and Santa Barbara’s wine country all on the way, what a drive! Plus, if you’re feeling like a break from coastal heaven, you can always leave the highway and spend a day in the unforgettable Yosemite National Park.

Route 61
There is music at every turn on this historically and culturally significant trail.
The road follows the migration route of African-Americans from the Mississippi Delta in the Deep South to the freer, more urban cities of St Louis and Chicago between 1910 and 1970.
As such, Route 61 is a tour through the blues and jazz history and the route is even nicknamed the “Blues Highway” to acknowledge the region’s musical history. Along the way there, you’ll find the birthplaces of famous artists, old record shops and recording venues, as well as various civil rights landmarks. There is something to see or indeed hear at every stop.

Route 20
Not for the fair weather road trippers, this is one is a beast. Spanning 3,365 miles, it is the longest road in America! Probably because it is one of the few coast-to-coast roads in the country taking you through an incredible 12 states on your way from Boston to Newport.
But the length of this road is not what makes it impressive, there are some great things to see on your way. Explore New York state. See Lake Erie in Ohio. Lose yourself in the endless corn fields of Nebraska. Marvel at the spectacular Yellowstone National Park, and then arrive in Oregon’s leafy paradise. 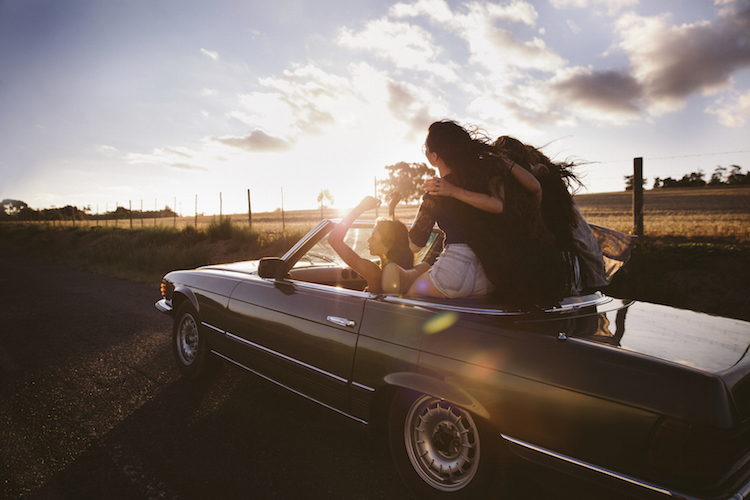 Monument Valley
If you’ve ever wanted to be in a western, this is your chance.
Grab a car in Phoenix, and head to Flagstaff and the simply astonishing Grand Canyon. Don’t worry about leaving this magical place, you’ll be back. Drive up the 160 and find yourself on the Arizona/Utah border, staring at a what could easily be a movie set. Surrounded by open plains and bizarrely beautiful red rock formations, you would be forgiven for expecting to see a squinting Clint Eastwood.
If you then drive down the 191 and across I-40 to enter Winslow on Route 66 (there it is again), providing you have the right vehicle, you can drive along Diamond Creek Road, which runs along the bottom of the Grand Canyon!

Florida Keys
“Keys” comes from the Spanish “cayo” which means “islet”. So, driving the Florida Keys essentially involves driving over water. Luckily, the 150-mile route from Miami to Key West takes the “Overseas Highway”. A 113-mile road which at times on its journey through these tiny Floridian island paradises almost looks as if its floating between the Gulf of Mexico on the right and the Atlantic on the left.

Going-to-the-Sun Road
This paved two-lane Montana highway bisects Glacier National Park and drives through all kinds of terrain on the way. There are glacial lakes and forests in the lower valleys and desolate mountainous roads at the top.
The road is worth traveling in either direction too, as depending on the direction, there are differently but equally stunning scenic viewpoints for you to stop and take in the unbelievable natural landscape. 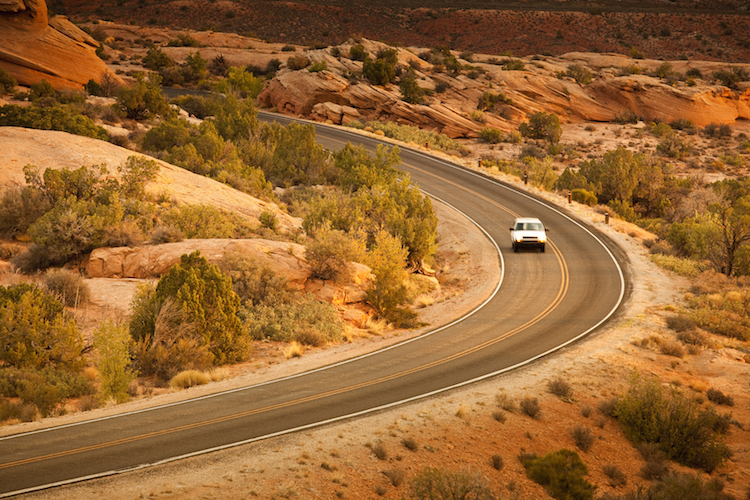 Blue-Ridge Parkway
The Blue-Ridge Parkway is well-known for its beauty, as it connects the Great Smoky Mountains National Park to the Shenandoah National Park. With stunning views, abundant hiking trails, picnic areas, campsites, some of the world’s most diverse plant and animal life, it is perfect for a family road trip.
An absolute stunner in autumn, this drive which is 469 miles long and meanders through 29 Virginia and North Carolina counties, travels along the Blue Ridge, a major mountain chain which forms part of the Appalachian Mountains.

Route 66
And finally…
There are few other things, road or otherwise, that encapsulate the essence of American freedom to the degree that this cross country road does. So much so, that it has been the inspiration for music, films, literature, and even video games.
Starting in Chicago in the Midwest, the most famous road in America runs all the way to Santa Monica on the West Coast. At over 2000 miles long, you can “Get Your Kicks” in at least 8 states as travelling this American institution gives you the chance to explore the literal heartland of the USA.

Annie Get Your Gun

Impatience of fans ‘affecting’ GoT author