The Greens’ former leader and first MP, Caroline Lucas, stepped down to allow the party’s talent to come forward – and it’s certainly been something of a baptism of fire for Bennett.

Within two days of assuming the leadership, the 45-year-old found herself on Newsnight opposite a typically belligerent Peter Lilley, talking climate change.

We caught up with her for a chat about how an agricultural studies graduate from Sydney ended up
as the leader of the UK’s fourth political party.

Q Do you worry that being an Aussie could affect your appeal over here?

I think, generally speaking, Green voters and potential Green voters tend to be much more open-minded. There is also an interesting advantage, in that having an Australian accent, I’m entirely outside the British class system.

Q David Cameron promised the greenest government in history. Has he delivered?

Excuse me while have a little laugh and roll around on the floor in hysterics. Absolutely not. Last week’s reshuffle just shows, Owen Paterson appointed as environment secretary. Justine Greening the standout minister against the third runway, demoted. I could go on and on. Cameron’s sought to detoxify the Tory brand, with his hug-a-husky, veneer of green paint, which has now disappeared almost entirely.

Q What about the need for greater air travel capacity?

Firstly, we don’t accept that there is a need for greater capacity. Air transport accounts for about 13 per cent of emissions, and studies have shown air travel can’t really expand – but that doesn’t mean that people can’t travel. 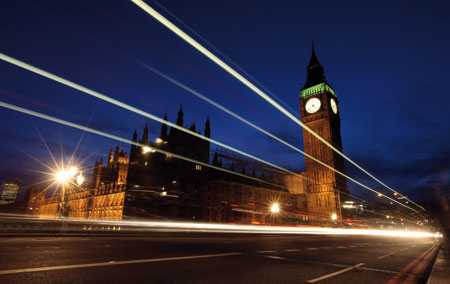 What we’ve got to do is make rail travel affordable, as well as being a pleasure, and then we will see plenty of planes disappear out of the sky perfectly naturally.

Q It seems that in this age of austerity, green policies are first on the chopping block? Is that a problem?

It is a problem. The situation is that we’ve got the arctic sea ice at record lows; the problem of climate change, is here, and present and now.

Q Have the Greens got the resources to adequately answer the big economic questions most voters have for their politicians?

There is a whole network of progressive institutions and think tanks and they’re growing stronger all the time. That’s because voters and people with money see that we can’t go on as we are and are looking around for different answers.

Q With a Green MP in parliament, will you be looking to get a spot in the prime ministerial debates at the next election?

We’ll certainly be fighting for it. If you just look at this in practical and philosophical terms, the Labour Party, isn’t an effective opposition, because the Tories are just extending what Labour started.

So, really, there is only one effective opposition in the UK, and that’s the Green Party. 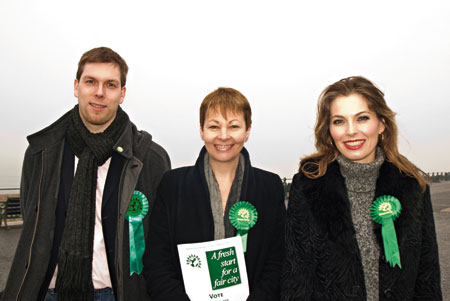 Q Are you not worried of becoming to Labour what UK Independence Party is to the Tories – taking votes away from a left party?

Basically, the Tories are swinging to the right now, so they’re moving a little bit away from Labour, but Labour are still in a rather right-wing position – and there’s a huge gaping hole in British politics for people who want to have a different kind of society, a society with decent wages, with enough housing with decent benefits, and that’s the space the Green Party occupies.

Q You say you want to abolish it The City. Do people even know about The City? What have you got against it?

The problem I have with The City is the degree of influence it has over policy making – many people don’t know the only non-MP allowed on the floor of the House of Commons is a representative of The City, and he also gets to see all legislation as it’s drafted and gets input into it.

Also, it’s a rotten borough, in that its people have 9000 votes in electing the people who run The City and corporations have 32,000. In the 21st century, it’s well past time to get rid of it.

Q Do you still feel connected the Green movement in Australia? Do you think Julia Gillard is doing a good job?

To be honest, I wouldn’t want to comment on Australian politics. I do find is that, on many issues, the Australian and New Zealand Greens agree with UK Greens very closely.

Q We’ve talked social. What are your green policies?

We’ve got to relocalise farming and manufacturing and bring those jobs back into Britain. We need to ensure we have a local economy for most things because it’s going to become more costly to move things around the world. 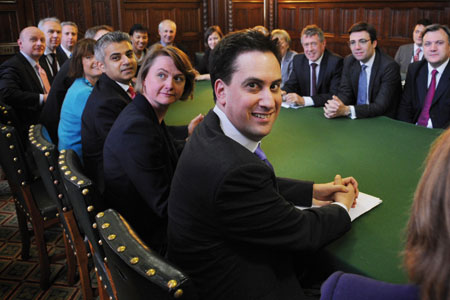 In her own words: new leader’s bio

My first politics was feminism, which I started at age five when I was told, because I was a girl, I wasn’t allowed a bike, because it wasn’t ladylike.

Ever since then I’ve always thought women should be allowed to ride bicycles and do anything else they want to.

My first degree was agricultural studies at Sydney. I find having a scientific background in politics and journalism is quite unusual and very useful.

I worked in the Thai National Commission On Women’s affairs. So I had a very interesting few years, being technically a Thai bureaucrat.

Then I came to London, principally because if you’re into England-language newspapers, London is pretty well where it’s at.

I only joined the Green Party on the first of January 2006. I looked at the state, not just of climate change, but of world soils, fresh water, biodiversity. I felt like I needed to do something.

Cost of Living in Ireland