Rutherford, 25, who grabbed the first gold medal for Team GB in long jump for 50 years, tweeted a photo of himself getting cosy with singer Paloma Faith.

In fact, the couple looked so happy together one fan, @GoHomeNicola, was prompted to request that they ‘get married’.
Paloma responded to the cheeky message by saying “I think it would be weird if we just got married and didn’t even go for a cup of tea first or anything.” 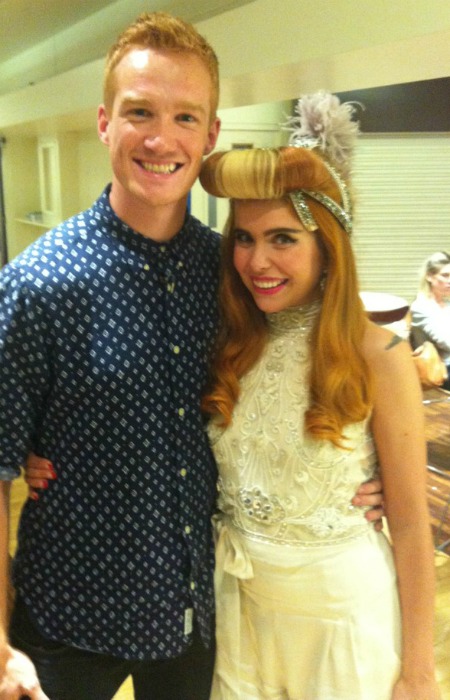 So, it looks like they’re just a cuppa away from nuptials. Auburn-haired love has officially blossomed.
“If they get married I’m taking full credit” said Nicola later in the day.

However, Rutherford did also tweet a photo of himself with Tulisa Contostavlos – so he’s clearly making the most of being a British champion by meeting as many lovely ladies as possible.

Rutherford hit the headlines today with the announcement that he may switch sporting disciplines to the 100 metres.

@palomafaith @gohomenicola lol! Would be jumping the gun a little

Fishing in Syon Park, London – things to do in the capital

Tourists bored into error by India