Maybe it’s because I have such a big nose, but I’ve always been influenced by smell. Sometimes this is a good thing – coffee brewing in the cafe below my house wakes me up every morning. And I know how to get to Chinatown in any city. But a few hours into my trip to Hobart and I’m being met with the distinct smell of shit. Or is it vomit? I couldn’t be sure. It was pungent, nauseating and it knocked me for six. I was three-storeys underground in a room carved out of a mountain and I couldn’t believe my nose. After all, I was in a museum, not a sewer in Rotorua.

The Museum of New and Old Art, or MONA (pictured below), as it is affectionately known, is a weird and wonderful place, where ancient Egyptian mummies are placed next to an overweight Lamborghini. Still, what is that smell? Everybody around me could smell it. They looked at each other perplexed. It was worse than any zoo I’d visited. People in museums are inherently polite, but you could hear whispers of disbelief as they furiously checked their guidebooks for clarification. I checked the walls for plaques, but nothing could define this smell. I decided I had to question an official-looking woman.

With nostrils of steel, she answered, without even flinching: “Oh, it’s the excrement machine, it mimics the human intestinal system.” I had heard that MONA is famous for its shock-factor. But I was expecting a few phallic shaped sculptures and some wild pubic hair brush-strokes – not this. “We feed it twice a day and it poos daily. You’ve just missed the 2pm release of faeces, but you can see it over there on the conveyor belt.” And there it was – a prize dump, fresh and still steaming before my very eyes. There was a row of machines representing the digestive system, breaking down the food, churning it around like soiled washing machines. 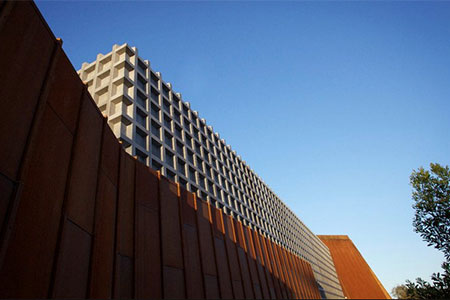 “You never know what you’re going to get. Yesterday it was runny,” I overheard the guide. We were lucky to see this solid, chorizo-shaped poo. The Mona Lisa of shits. My guidebook, which is actually an iPhone-like device, tells me this is Cloaca Professional, by Belgian artist Wim Delvoye. The closer you got, the more horrid the smell. And yet, now that my brain has registered this healthy looking shit, the smell was kind of intriguing. Just one more whiff before I go. If this was the ground level, what else was I in for?

MONA is the brainchild of Hobart-born David Walsh, a self-made millionaire, professional gambler, university drop-out and all-round eccentric. He owns the museum and everything in it, therefore he has this I-can-do-whatever-the-fuck-I-want attitude, which is exactly what I love about this museum. This subterranean collection of art could inspire even the most terrified of art-phobics. In fact, the first exhibition is a bar, which we all know helps you digest the experience. Digest? Uh-oh, there’s that smell again. 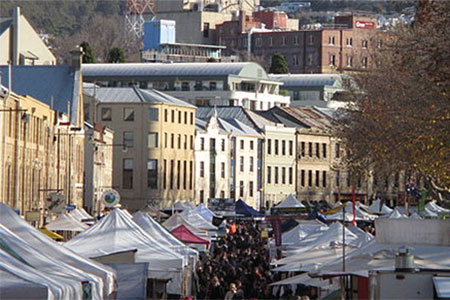 After spending several hours engrossed in MONA, we return to the ferry and let the clean air breeze through our hair as we make our way back into the heart of Hobart. MONA is on the outskirts of town, the nether-regions if you will. With Mount Wellington looking over our shoulders and the sun slowly setting, we figure it’s time to taste some of Tassie’s more savoury delights.

Honestly, if I was on death row, I think my last meal would come from Hobart. Famous for its cheese, chocolate, salmon and wine, my taste buds were already in heaven. In Salamanca Place (pictured above), the old factories of Hobart’s port have been converted into restaurants and bars and are the perfect setting for sunset drinks. After a glass of Tasmanian sparkling white, I’m informed about the Tasmanian red I must try. Not one to be rude I order a glass of this and a selection of local cheeses. 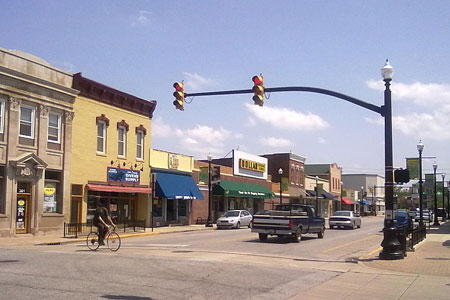 I spend some time with my new friends; brie, blue, gruyère and mature chedder, and then I’m informed about the locally-brewed beer that I must try. Oh, and don’t leave Tassie without trying the smoked salmon pizza. It’s like I’m in a Vicar of Dibley Christmas special, I can’t stop eating.

I order a pint of Moo, the award-winning micro-beer brewed at Moorilla Estate (also at MONA). I had been mistaken in thinking my two choices in Tassie would be working-class Boag’s and convict-era Cascade. Sure, those beers are still very much present (Cascade belongs to Hobart), but that’s what I love about Hobart, it’s an old town with a new injection of lifeblood. In a 200-year-old factory I am drinking a hip-new beer as I watch old men in fedora hats mixing with young hipsters… also in fedora hats.

I soon discover the locally made pepperberry gin, choosing an Appletini at the Lark Distillery, a bar that makes their own single-malt whiskey, vodka and gin. One thing I’ve noticed is that although I’m working my way through a periodic table of booze, it’s still daylight outside. I’m told that summer in Hobart has longer days than any other city in Australia. I’m drunk, it’s pushing 9pm and I can still see clearly outside. It never feels like it’s home-time. Bottoms up, Hobart.

I awake the next morning after having the kind of crazy dreams that are brought on by too much cheese – or by exposure to art that makes you wonder how you’d go about applying lipstick to your bum. Extended daylight or not, a hangover is a hangover. And a hangover in Hobart means a return to Salamanca Place.

On a Saturday morning the place is transformed into a wonderful market full of local treasures and produce. We elbow our way into a café and have the most satisfying bagel – with Tasmanian salmon of course.

It seems every Hobartian is out this morning even though the weather is crisp. There are musicians on every corner, ranging from folk-rock groups to the nine-year old kid who got a violin for Christmas. It all adds to the charm of the place, the old and new, the young and old. In the market I buy some marmalade for my Nan and some chilli beer for my hangover.

For such a little city, Hobart’s got a surprisingly upbeat nature. A place where a professional gambler isn’t begging on the streets, but opening the biggest (and I dare say, best) art galley in Australia. Where you can mistake a granddad for a member of an indie band. A place where even the shit don’t stink, once you get to know it.

Another ‘racist woman’ rant – on a London bus